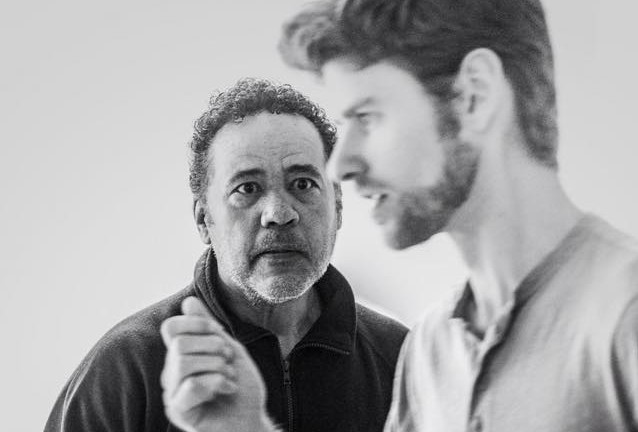 Ale House Theatre is Toronto’s indie original practices producer, a purist mandate of which I was very wary before I finally saw their excellent Othello. It turns out that, despite what recent Stratford seasons have taught us, original practices actually can showcase Shakespeare at its best (though I still don’t agree that they come inherently closer to the playwright’s intention than a modern dress version). The company’s current production at their home just South East of Christie Station is somewhat uneven, with a cast split pretty cleanly between the outstanding and the underwhelming, but it has a clarity and thoughtfulness that is key to all great Shakespeare and two stunning performances in particular had me more emotionally invested than I’ve ever been in Othello (in my opinion one of the most frustrating plays in the canon).

In the title role, Anthony Sherwood struggles with the verse and stands out as too old in a fairly young cast. He never develops the sort of impactful chemistry with Desdemona that is necessary to sell their elopement (their kisses are these bizarre middle school pecks) and he pronounces “Iago” as “Eye-eh-go” which, if purposeful, is fairly inexplicable (is it a fixture of his “other”-ness perhaps?). A casting misstep with the title character is a massive flaw but, luckily for Ale House, the antihero construction of Othello allows it to not be a damning flaw. This may be Othello’s tragedy, but it’s Iago’s play and regular Ale House player Tayves Fiddis completely owns it.

Fiddis is a captivating Iago, charming but elusive. He pulls the audience in with confessional soliloquies, alluring enough to make you want to be complicit in his crimes, then immediately shuts everyone out as the cold veneer of his public face returns, a reminder that this villain works alone and those confessions you took at face value may not have even been the whole truth. He does the same thing to his wife Emilia (played with refreshing frankness by Andrea Brown), turning on the latent sexual element of their relationship when he needs her to do his bidding then dropping all interest the moment he knows she’s hooked. In one of the play’s most effective bits of staging, he presses her seductively against a doorway only to push her through and close the door behind her; it’s as funny as it is disturbing, which is pretty much the essence of Iago at his most interesting.

That Brown’s memorable Emilia seems to believe in her husband’s essential goodness until the moment his villainy becomes irrefutable is one of the production’s most interesting interpretations. The reason I don’t generally go in for original practices productions is that they often shy away from word pairings like “interesting interpretation” but insightful director Joshua Stodart places no such restrictions on his production, regardless of its traditional aesthetic. Each character here feels newly considered and thoughtfully developed from leading man Iago down to the small role of the Duke of Verona (excellently played with surprising humour by Paul Bryan). Patric Masurkevitch delivers a heartbreaking turn as the frustrating Brabantio and Chris Whidden cleverly layers a dash of irony in with Rodrigo’s amusing idiocy.

The only interpretation that doesn’t quite land is Alex Coté as a flamboyant and foolish Cassio, an angle on the character that makes Othello’s wild leaps of jealous logic even more infuriating, especially when faced with a Desdemona as worthy of high regard as Hilary McCormack. Throughout the first few acts, McCormack’s regal Desdemona radiates warmth and intelligence, endearing the audience to her as she confidently stands up to her father and kindly agrees to lobby Othello on Cassio’s behalf. I’ve never been so taken with a Desdemona (the character often suffers from severe ingénue-itis) and the effect of caring so strongly for her completely opened up the play’s final two acts.  A brutal slap early in act four (kudos to “Master of Combat” Todd Campbell) shakes some of the shine off of McCormack’s Desdemona and the anger she takes pains to hide in her defiant response of  “I have not deserved this” is shared by the audience. The tricky subservience of her final scenes is clarified for the modern audience by palpable fear- from the moment he hits her, McCormack never again looks Sherwood in the eye; she now trembles slightly at his touch. Here the period setting comes in handy as the limits it places on Desdemona’s options trap her into her tragedy and the once commanding McCormack is reduced to playing bittersweet resignation, which she heartbreakingly layers with just a hint of hope.

An incredible tension is created by star performances from Iago and his ultimate victim Desdemona. Othello is far too complicit in his own tragedy to be called a hero or a victim and here, as played by an easily over-matched performer, he’s almost reduced to a fifth business role, but the intriguing figures who usually stand behind (or beside) him newly enlighten the text when they take over as its leading players. This may look like the most typical of Othellos ever staged, with its doublets and corsets and Globe-esque stage configuration (complete with discounted seats for the “groundlings”), but I’ve never cared for Othello and Ale House’s version made me care. Stodart keeps the pace up and the transitions smooth, infuses strong humour at carefully chosen times, and allows his characters a life of their own beyond their SparkNotes-approved classic incarnations. But it’s the intriguing and uneasy cognitive dissonance of being both entranced by Iago and invested in Desdemona that pulled me to the edge of my seat and got my heart involved in my experience of this Othello, an Othello that should be called anything but Othello.