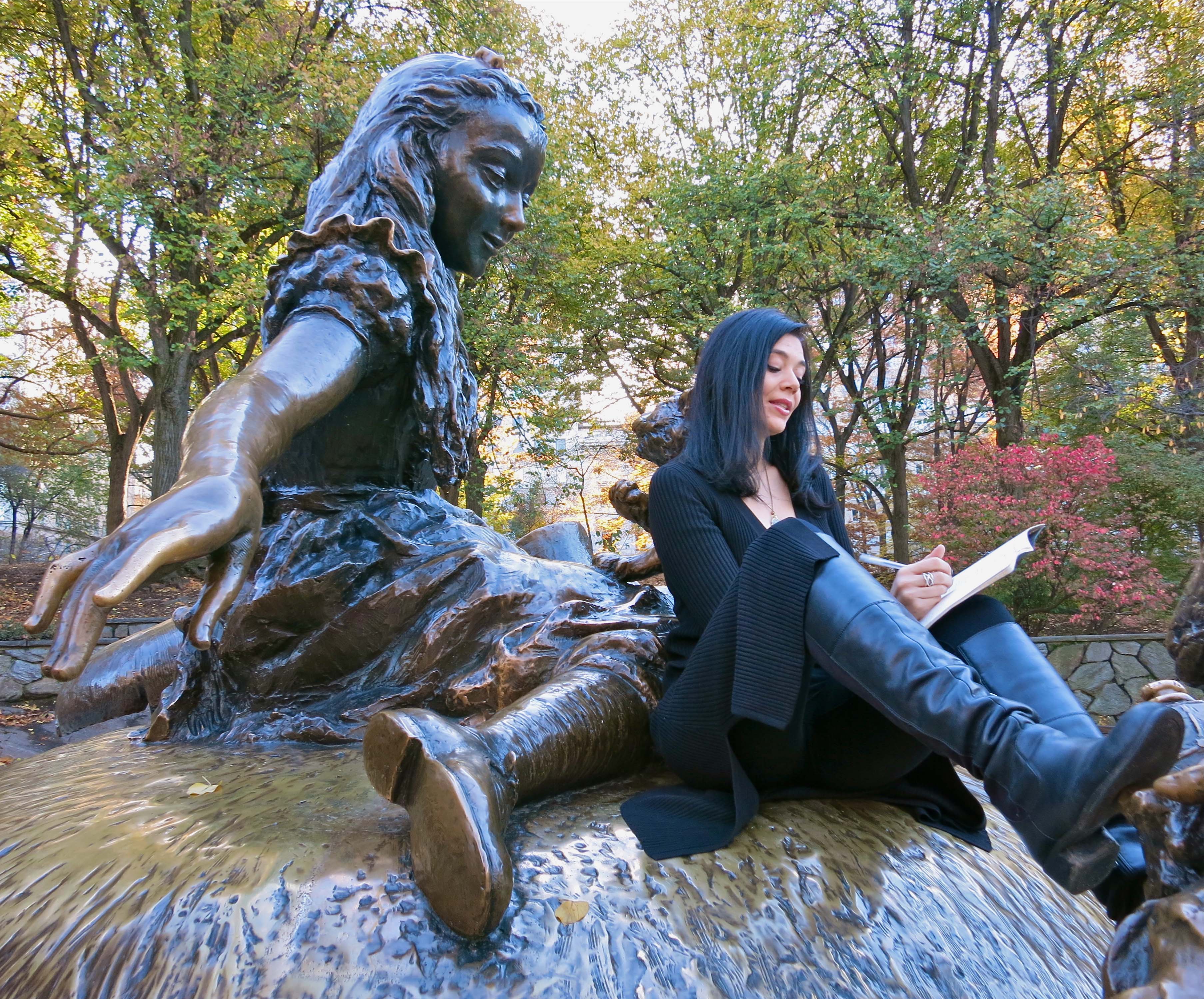 This is part three of our continuing coverage of the New York Frigid Festival in the Lower East Side.

Lil Women: A Rap Musical
When you think of Little Women, Louisa May Alcott’s famous tale of female friendship, family and forays into adulthood, your mind is likely overwhelmed by conjured images of freestyle rap battles and hip hop riffs. Or not. Sara Stock, Lindsay Taylor and Isaac Folch probably envisioned just such a scene when they conceived of Lil Women – the rap-infused musical tribute to Alcott’s timeless story. And why not? Lin-Manuel Miranda does not have a monopoly over constructing a musical period piece to contemporary beats. Aspects of the quasi-parody Lil Women work quite well, highlighting the deep emotions of the female protagonists and the underlying absurdities in Alcott’s work; however, the results are uneven.

Lil Women summarizes the multitude of plotlines in Alcott’s story, each scene punctuated with a musical interlude. Some of these scenes work well, including Jo March’s (portrayed adeptly by Rebecca Siegel, who has the strongest rhyming skills of the cast) lament when she hears of her sister’s impending death and Marmee and Beth’s attempts to calm Jo after young Amy destroys Jo’s creative work out of spite for her older sister. The rap battle between Jo and her older sister Meg (portrayed by a feisty Toni Bonaccorso who almost makes child-rearing a convincing rap-battle topic), in which they offer their opposing views on the world and their conflicting personal goals, features sparks of ear-pleasing poetry; however, the battle goes on for far too long and made me long for the tightly written rap battles present in Hamilton.

Lil Women suffers, like so many Frigid Festival shows, from being far too short to properly develop its characters (with the exception of Jo, who serves as narrator and, therefore, is afforded the opportunity to share her thoughts and feelings directly with the audience), but it also misuses time on unworthy sub-plots. For example, the show features an entire song about Amy’s troubles with local bullies – a scene that fails to garner sympathy for the unremittingly annoying youngest March sister. Also, despite reading the novel several times when I was young and watching the 1994 movie, I do not recall Mr. March ever making an actual appearance in Little Women. That does not mean that it did not happen – it simply means that whatever he did or said did not warrant a place in my memory. Therefore, imagine my great surprise when Mr. March was granted an entire musical number in Lil Women, firmly re-establishing his patriarchy over the March household. The song does nothing to move the plot forward, has infuriating implications (i.e., that the March women cannot survive without their big poppa), and feels ill-fitting given the style and tone of the show.

Dropping rhymes and spitting verses may not be the favorite pastime of Louisa May Alcott’s creations, but the cast of Lil Women brings the beats and weaves poetry into Alcott’s classic lines to reveal the humor and heart in Alcott’s well-known tale.

Why So Much Shame?
In Why So Much Shame?, Nicole Ferraro reveals quite a bit about herself and one key life moment that has shaped nearly the entirety of her human existence: the unexpected death of her father when she was just 6 years old. Ferraro’s one-woman show details the relationship that she believes she had with her father when she was a child and, after his death, how her understanding of that relationship evolved and warped when certain facts about her father’s life came to light. Grief and loss are universal experiences that are experienced by each person in idiosyncratic ways, and Ferraro’s experiences are no exception. However, inside her unique point-of-view are emotions that everyone can relate to: anger, sadness, frustration, resolve and, yes, even shame.

A gifted storyteller, Ferrero surrounds herself on stage with games, toys and movies from her childhood – remnants of the time that she spent with her father, each of which triggers a memory of her father and his passing. She describes her memories so vividly, luring the audience into her childhood mind before challenging the perception of reality that she has welcomed the audience into. This device is quite effective as it allows the audience to get a small glimpse into the shock and betrayal that she felt as she discovered uncomfortable truths about her father. However, while tearing apart the artful depiction of the loving father that she has crafted in her audiences’ collective mind, she questions whether there is value in allowing her view of her father to be so twisted by the facts that she later learns about his life. She discusses how others distorted her father’s image in her head and shares her struggles with the shame associated with that transformation. In totality, Why So Much Shame? delves into complex issues but does so through the lens of childhood simplicity, with humor and heart, and the results are an engrossing hour of live storytelling.