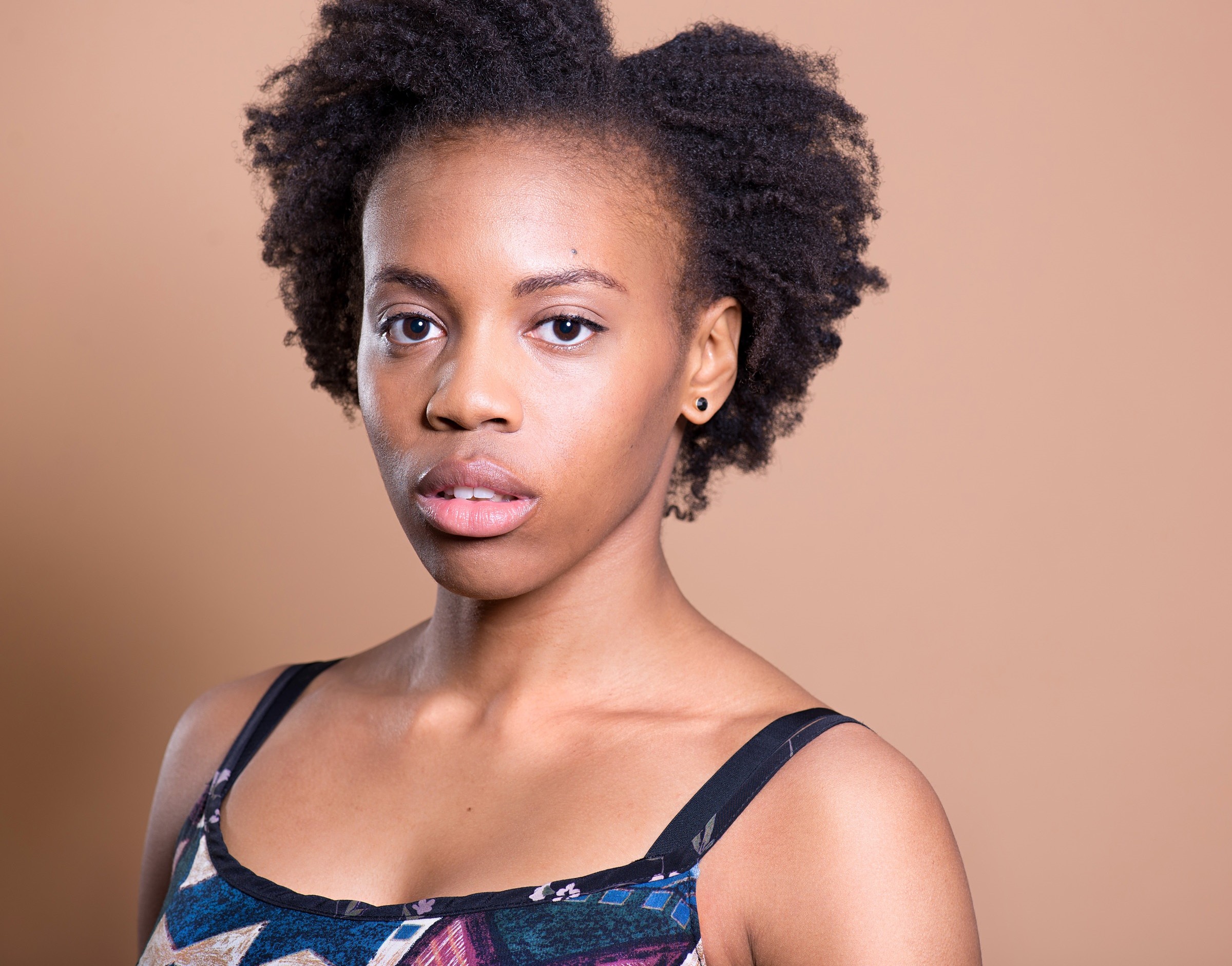 At the 2015 Fringe Festival, then again at Next Stage in 2016, Chiamaka Umeh’s performance in Chloé Hung‘s tragic reality-based new work All Our Yesterdays was heartbreaking. Playing a young girl taken captive by Boko Haram in Nigeria, it was the joy and innocence that Amaka found in her horrific circumstances that touched our hearts the most and earned her an Outstanding Actress nomination in this year’s MyTheatre Awards.

Can you remember your first experience with theatre?
Can I ever!

When I came out to sing the first number in my first school show (a staged production of a Barney and Friends episode) in a grand concert hall at the MUSON Centre in Lagos, Nigeria, I turned to stone almost as soon as I reached the microphone. I was completely frozen – shocked, I think, by the hundreds of audience members who were silent as death at first, and then racked with nervous laughter at my dumbshow when the pianist, Mr. Allotey-Pappoe, repeated my cue a few times. He then walked all the way across the stage, put his hand on my shoulder, and whispered that I had to start when next he played the cue. I’ve been singing ever since.

How did you develop your skills as an actor?
Before receiving formal training, I performed all through my primary and secondary school education, and with Calgary’s Summerstock Theatre Society for a few seasons. Then, in September 2012, I entered the Musical Theatre Performance Program at the Randolph Academy, and I learned so much from the faculty and my peers there that I often wish I could go back and do it all again. However, I believe that as long as I am involved and truthful in this profession, there will be skills and techniques to gain and develop. I’m still in the experimental stage of my journey; I’m playing my heart out and making note of what I find fulfilling and what audiences are affected by. Like any other job, it will take time and practice to reach a respectable, professional level.

How did you get involved with All Our Yesterdays?
Being of Nigerian descent is something most people who know me know about me – so when AnOther Theatre Company posted an audition notice seeking “two young women, African or of African descent, to play two teenage Nigerian girls”, I had friends forwarding the message to me in earnest! In addition to that, I had already met (writer/director) Chloé Hung in the summer of 2014.. She was fulfilling the role of an Assistant Stage Manager for Into the Woods, in which I was performing as the Narrator – and preparing to graduate from the Randolph Academy. So, although she returned to NYU to continue her MFA in Dramatic Writing, we stayed connected via Facebook and she asked me to audition for the Toronto Fringe 2015 production.

Tell us about working with the Outstanding New Work nominee as both writer and director.
I was so inspired by Chloé’s work. She paid great attention to detail was extremely thorough in her research. I found her to be a great leader in the director role; her sense of work and play were very balanced, and she assembled a team that was just as competent. She had a specific vision for the show, but she also gave me and Amanda (Weise, who played my sister, Ladi) the freedom to play with and question our choices. Hasana’s sense of humour, her uncommon intelligence and trust in the simplicity of all our lives were easily accessed and expressed through Chloé’s writing. It was such a pleasure to work with her and grow with her piece.

The play is based on true events and deals with heavy subject matter. Did you do much research when preparing for the role?
Research for the role of Hasana was multi-faceted: connecting with Northern Nigeria’s cultural and religious environment; embodying the trauma associated with victims of captivity; and struggling with Asperger’s Syndrome (a mutation with myriad expressions) in a part of the world where the facilities to diagnose such a condition don’t even exist. I was especially careful with the third aspect because I didn’t want to perform a caricature of the condition or an imitation of other performers’ work. So, yes, I did a lot of research, and at first, I was hyper-analytical of everything I learned from books and documentaries and from interacting with people who live with Asperger’s. If I could do it all again, I would’ve let the research go and started to play the game a lot sooner.

Your character was a real innocent in horrifying circumstances. How did you maintain her optimism within such a dark context?
It was the most difficult part of this particular production. We were imagining ourselves and inviting our audiences into a torturous experience, and I gained a lot of strength from my co-star Amanda. We played well together and loved each other through the pain. Like I mentioned before, Chloé’s writing and direction gave my character more to her than just her circumstances – more hope than despair.
Another simple tool that I found particularly liberating from the severity of it all was drawing – primarily tessellations and solar systems. I was never one to doodle until I played Hasana. It was incredible, really, how much focus and calm it brought to my mind.

All Our Yesterdays had a second run as part of the Next Stage Theatre Festival. Did you find that much changed in revisiting the text?
It wasn’t a complete overhaul, but the few changes Chloé made to the story infused so much new life into the piece. The Next Stage drafts had more playful moments between Hasana and Ladi. I also noticed how the time we’d spent away from the playground obviously had a positive effect on our interpretations of the characters. Before the run, I was able to visit my friends and family in Calgary for the first time in over a year, so having those bonds freshly ignited made me more available to my emotions and instincts.

What were some of the most interesting reactions you heard to the play?
I didn’t expect very many people to pay attention to a story like this, what with being so far removed from the scenes of the crime – but they did! Probably the most interesting reaction of all was that we were invited to the Next Stage Theatre Festival, getting even more space and time to tell this story and raise awareness and hope for the cause. I was also surprised to receive many of the reviews we did, including the Patrons’ Pick Award.

Did you have a favourite moment in the production?
During a break in one of our rehearsals, we were goofing around and turned a scene from All Our Yesterdays into a musical. It was hilarious.

During the show itself: the penultimate scene. I can’t say anything other than that; I don’t want to spoil the ending for anyone who hasn’t seen it, in case it gets remounted again!

Do you have a dream role you’d like to play one day?
Just off the top of my head: Sister Mary Clarence.

What are you working on now or next?
Now: I’m working on being my best self. I’m having the time of my life in a Solar Stage Children’s Theatre show called Munsch Mash.

Next: Still working on being my best self, and Secret Shakespeare at Unit 102 on April 10th.

Do you have anything you’d like to add?
Thank you for this nomination, and for Chloé’s. This interview brought back to my mind how thoroughly my heart broke when I heard about the girls who were kidnapped. I felt very deeply hurt – it felt like a personal attack because, were I still in Nigeria, maybe born a few years later, I could easily have been one of those girls, and I have younger sisters who could be two of those girls, and I had no idea what to do, how to help, or how to hope for a response or tangible results from the actions of Nigeria’s governing bodies. I don’t know why I have the life and the opportunity and the circumstances that I do, but I am grateful: to my parents, my mother especially, for the sacrifices they made in order to provide me and my sisters with safety and education; to Chloé, for lending her talents and her time to making sure this story wasn’t forgotten; and to the people that have been involved in and supportive of this story and the charities we donated to.