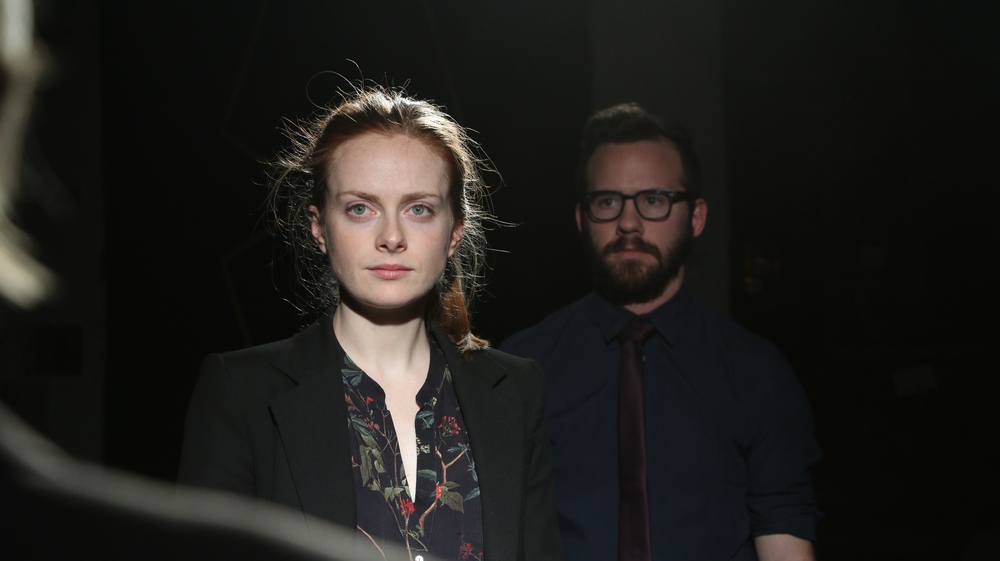 On Stage in TO: One Word One Acts

Slip (Circlesnake Productions)
High expectations are a tricky business. They’re why you should never rewatch an Oscar Best Picture winner, why everyone took the 2013 Jays season so hard, and why Justin Trudeau might be a little bit doomed. After the effusive praise I heaped on their last production Dark Matter (winner of the 2014 MyTheatre Award for Best Independent Production), Circlesnake was facing some of the highest expectations I’ve ever brought with me to the theatre when I walked down the creepy Niagara St. alley and up the rickety staircase to attend Slip, their immersive detective story currently playing at The Box Toronto (until Feb 7). The funny thing about high expectations is that, while they’re usually punishing, the rare occasions when they’re surpassed are all the more remarkable for having faced them. Only director Alec Toller and one performer (the gorgeously understated Mikaela Dyke) return from the Dark Matter team but the company’s unique ensemble-devised approach to play creation clearly marks Slip as dark, funny, incisive kin to its predecessor. Where Dark Matter was expansive, Slip is intensely contained, trapped inside one cluttered apartment as two detectives (Alex Paxton-Beesley and Daniel Pagett) attempt to piece together what happened to its late inhabitant (Dyke, met in poignant, atmospheric flashbacks). Under Toller’s deftly insightful directorial hand, the play begins to take shape as an engrossing whodunnit, complete with “what if” re-enactments by the key players in the deceased’s life (her lover, played by a grounded and mature Paloma Nuñez, and her brother, played with brilliantly broken layers by Anders Yates). Dyke appears to be the central figure whose tragedy Slip is unspooling but, the deeper the detectives go into her story, the more a more present tragedy begins to take over. It’s difficult with such an evenly excellent collaborative creation to single out out an x-factor but Alex Paxton-Beesley’s performance as a competitive, uncompromising, smart-ass detective is not to be missed… except in the moments when you have to tear your eyes away for the privilege of watching Pagett silently react to her. Too many people missed Dark Matter and I’ve yet to let them hear the end of it; please don’t also miss Slip. Get your tickets HERE.

Germinal (Harbourfront: World Stage)
This small, grand, confounding, straightforward, physical, verbal, practical, philosophical French import follows a group of four performers as they build a world from scratch and, in doing so, deconstruct everything about the one in which the rest of us live. Language, technology, money, religion, the very nature of every thing in the space- everything is reduced and evaluated anew in a deceptively simple and technically inventive piece of philosophical storytelling. All of life’s lessons might just be contained in the fact that rubble goes “poc poc” but “the joy of being together” does not.

Elle (Theatre Passe Muraille)
I really wanted to like this story of a stranded aristocratic woman surviving on her own for years in the Canadian wilderness. Unfortunately, Severn Thompson’s adaptation never gripped me, nor did her performance in the almost-but-not-quite-solo show. It felt long, which is really pretty bad for a 90 minute piece.