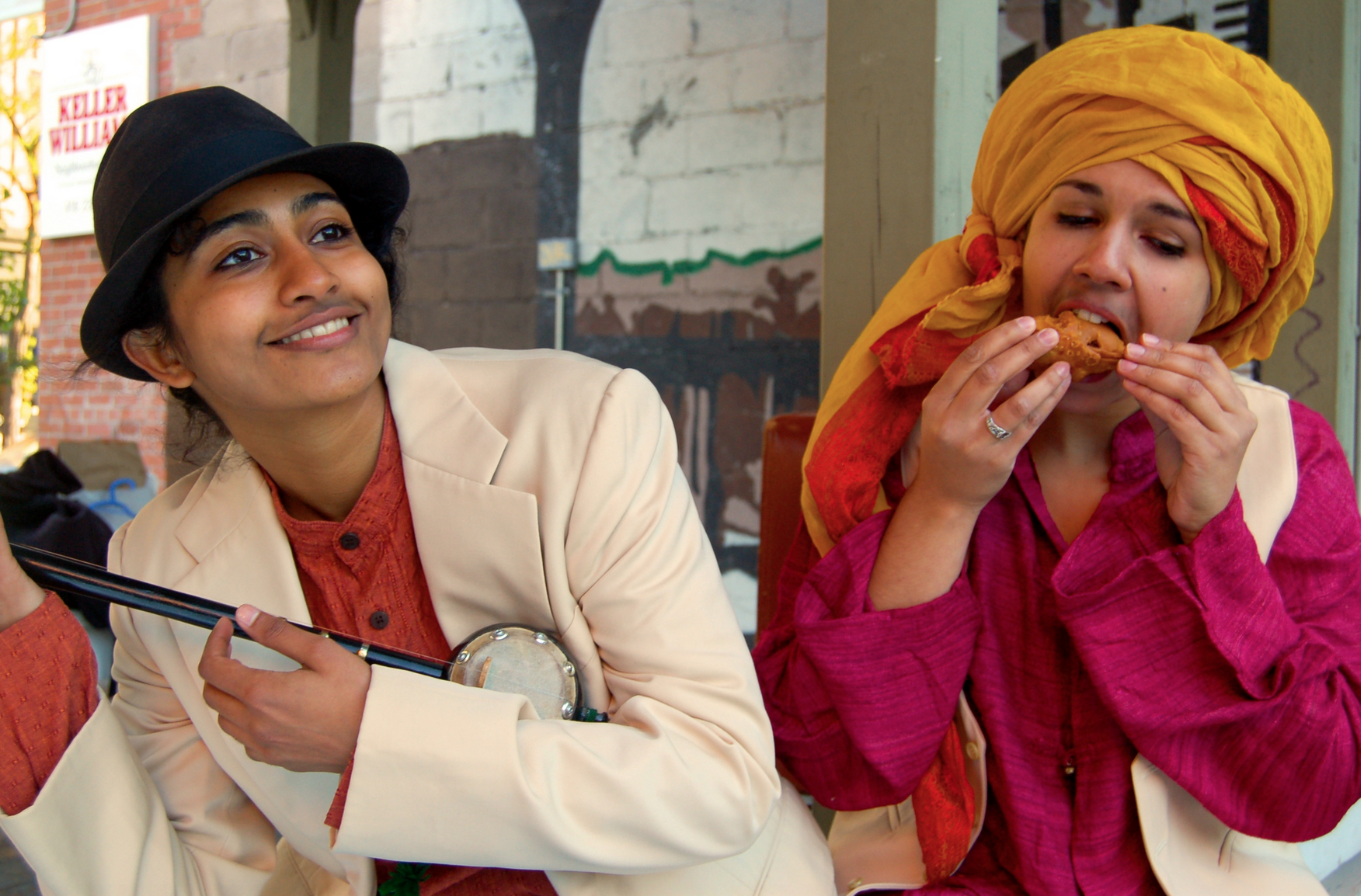 Fruit Fruit Mouth Mouth (A-)
A dramatic retelling of a children’s poem, Fruit Fruit Mouth Mouth definitely surprised me. The performance is not just a straight telling, in more than one sense. They depict a straightforward version of the poem, but just when you think it must be over, the actors break out of character and turn to the audience, expressing their particular interest in the poem, and how they think we can interpret it in different ways. Then they dive into another retelling. And another. Is it the sister’s story? Is it a story of lust and sexual awakening? Of addiction? Or is it the goblins’ story? The loud soundtrack sometimes makes it difficult to hear what the actors – particularly the goblins – are saying but this is definitely a great one if you’re in the mood for boisterous and slightly creepy comedy.

The Most Honest Man in the World (A-)
When I reviewed Andrew Wade’s production Mad About You two years ago, I was surprised at how much depth and sincerity he brought to the figure of a sad clown. Once again, Wade impressed me. This production is a work in progress. ‘I’m going to be up front with you,” he says, true to the show’s title. “I don’t have a script for this show.” Instead, he has notecards to help him narrate his own life story awkwardly but honestly. This is a story about how to figure out the truth. But this is not the kind of truth that the scientific method can help us discover, or even a lie detector. This is the kind of truth that only art can help us to understand, the kind of deep, hard truth that we have to search within ourselves to figure out. Wade’s story still needs a bit more time and work to come into its own, but it’s a wonderful, heartbreaking journey to go on with him, and maybe we can even help him on his way. Well worth seeing.

Rukmini’s Gold (B+)
As it was the winner of the 2015 Toronto Fringe New Play Contest, I walked into Rukmini’s Gold hoping to love it. Instead it gets a very solid like. This play spans time and space to explore various family lines, lives, and stories of Rukmini, a woman on the verge of death but not quite ready to get on that last train. Old and cantankerous, there are unresolved pieces of a puzzle she needs to bring together. This takes us on a journey from 19th century Canada, to 1970s Africa, and 21st century Britain. The dialogue is entertaining and, while the acting varies in strength, each scene held my attention. My favourite was Ellora Patnaik as ‘one of the prettiest girls of Slough’, who embodies her character’s heartbreak and snobbery beautifully, cracking jokes and managing to embrace a level of sincerity in her character that is not an easy task. All this aside, I was left wondering what the heart of this play is, exactly. It’s a journey, sure. But is it really Rukmini’s journey? And if so, why? How does this episodic narrative of her extended family give her peace? There are some great seeds here that could eventually grow into a really intricate and sophisticated play, but it’s not quite there yet. But still very, very enjoyable.

Interrogation: Lives and Trials of the Kamloops Kid (B-)
Karri Yano and Evan Andrew Mackay’s play outlines a correspondence between a brother and sister half a world away during the WWII: Martha’s experience with brutal racism as someone of Japanese heritage, and her brother’s harrowing experiences as an outsider pressured unexpectedly into the Japanese army. Letters make an interesting basis for a play but they present a structural challenge, essentially amounting to a series of monologues that are strung together. This play really needs extraordinary storytelling in both acting and direction, and this production lacks both. The writing at the beginning hooked me but, towards the end, it floundered, violating the sacred ‘show don’t tell’ golden rule of storytelling and banging the audience over the head with the themes of the play we were already well aware of. This kind of story needs to be told, but I am not convinced the artists behind this production have a clear sense of how to tell it.