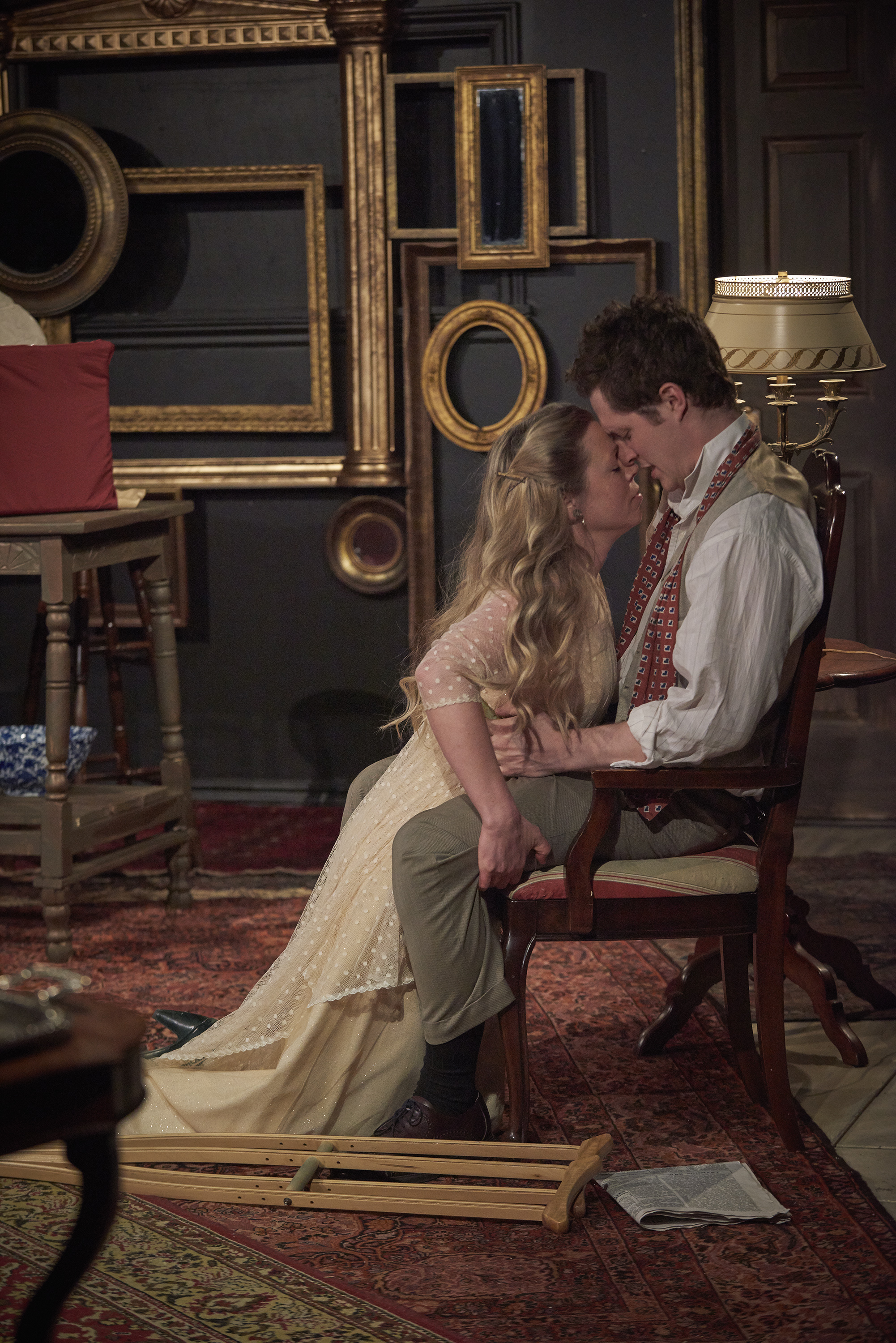 On Stage in TO: Small Stages

Creditors (Coal Mine Theatre)
The final piece in Coal Mine Theatre’s fantastically successful inaugural season is a dark domestic drama from August Stringberg set in a 19th century world of rampant misogyny and even more rampant psychotic jealousy. The solid production benefits greatly from director Rae Ellen Bodie’s background in dialect coaching (there’s a clarity here that unfortunately can’t be taken for granted elsewhere) and a trio of memorable performances from Hardee T. Lineham, Liisa Repo-Martell and Noah Reid. Repo-Martell’s tiresome sing-song speaking voice folds perfectly into her polarizing character Tekla’s alienating air of performance while the incredibly sympathetic Reid perfectly captures Adolph’s tragic earnestness without shrinking into a shadow of the domineering personalities that surround him.

Commencement (Convection Productions)
This independent solo show showcases three intense performances from Janelle Hanna, revealing three different perspectives on a single tragic incident and its perpetrator. Though the first and the last vignettes are the most dramatic and purposefully evocative, they telegraph emotion with a bit too much focus, steamrolling the incredible anguish of conflicting feelings that are present in Clay McLeaod Chapman’s play (the first scene has one particularly amazing dark joke that is delivered without the irony that makes it painful). Far more enthralling is the outlier scene, an innocent little love story, heartbreaking in its sweetness and bitter in context, a beautiful tonal shift sandwiched between heavy dramas in which Hanna is able to make us feel the sorrow her other two characters so intensely tell us about.

Liver (The Slab Collective/Theatre Brouhaha/Red One Theatre Collective)
The Kat Sandler train is really picking up speed right now with a growing profile (including a play in the upcoming Tarragon season) and glowing reviews from the bigger papers finally rolling in with the premiere of her latest hit. But while said train of commercial success is certainly overdue (five years is a long time for a writer of her calibre to be kicking around Fringe) it’s also moving way too fast. Prolificity is one of Sandler’s biggest trademarks but at some point her rate of creation starts to feel like rushing and the work suffers. It’s still Kat Sandler work and thus shines when compared with many other things but, in relation to the best of her own canon, the latest doesn’t quite measure up. Compared with the clarity of Punch Up or the intricacy of Delicacy, Liver feels thematically uncertain while these characters feel far less fleshed out than those of Cockfight or Sucker. The rushed production schedule on a Sandler play can, with the perfect cast, create an electric energy or, in the case of Retreat, it can up the comedy by adding a dose of “anything could happen” danger (the gaffes on opening night of Retreat actually made the play a lot more fun). But on opening night of Liver, the imprecise timing of an under-prepared cast dulled the jokes and obscured the relationships, leaving me underwhelmed by everything but Claire Armstrong’s stirring and lived-in performance as the scorned wife of a revived man. Kat Sandler can do better. I’ve seen her do it, over and over, faster and more consistently than any other playwright I can think of; just not this fast.

Glengarry Glen Ross (Jet Girl Productions)
This is tricky territory because we all want to support female artists, promote work with lots of meaty roles for women, and find ways to allow women the unmatched opportunity of getting to speak the language of some of our greatest playwrights- many of whom, from Shakespeare to Mamet, have written principally male roles. In Shakespeare’s case, I’m all for gender swapping, for the most part. Very few of his plays are about gender so there’s no real reason why the characters need to be defined by it. But Glengarry Glen Ross is, in large part, about gender. It’s about competitive alpha male culture- the language of it, the darkness of it, the sensitivity-crushing pressure that’s been historically put on men by our backwards mess of a society and how that manifests itself in a room full of bread-winners and dick-measurers. It’s about men, specifically a reflection of male culture as David Mamet saw it (and needed to criticize it) in the early 1980s. Yes, there are a few beats that work played by women (Roman’s charm and manipulations are the main things that spring to mind) but, for the most part, an all-female Glengarry Glen Ross feels more like an experiment than an honest attempt at staging a truly effective interpretation of the play that Mamet actually wrote (no more insightful than an all-male Boston Marriage, which would be atrocious). These are great roles and it’s an absolute travesty that there aren’t very many roles for women as deliciously written as these but I don’t think it’s helpful to go about solving that problem by dismantling the major themes of a text just so women can star in it. We don’t need to co-opt stories about men; we need more stories about women, which really means we need more female playwrights. An all-female Glengarry Glen Ross is women telling a story about men who act a little bit like women, which undermines Mamet’s point about men desperately trying (to their own detriment) to live up to the moniker “Man”.*

*Yes I realize that was more of an editorial on the concept than a review of the production itself so I’ll add that the acting was stilted with the exception of Francoise Balthazar’s bold Dave Moss and Elizabeth Saunders in act two (but only in act two) and that the pacing was absolutely terrible. Perhaps a stronger execution could change my mind on the whole matter; it’s happened before.