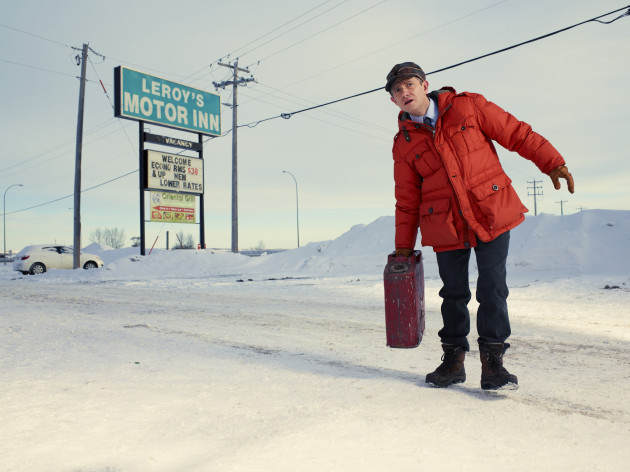 1-Fargo (F/X)
I was hesitant to start this show, and after the first episode was a mirror image of the events from the film, I stopped watching. After hearing some buzz to the contrary, I pushed forward as the show had come to an end, and boy was I glad. Fargo was a fantastic twist on the film, it explored new depths, new characters, and allowed you to enter a complex world that could never be forgotten.   Noah Hawley was the genius behind this adaptation; he wrote every single episode, an incredible accomplishment. With strong performances from a great ensemble including Martin Freeman, Billy Bob Thornton, Allison Tollman, Collin Hanks, and many more this show built to an incredible conclusion. Hawley’s mind worked in great precision, and this tense sometimes funny, show just snuck past The Good Wife to be the best show of 2014.

2-The Good Wife (CBS)
Very few shows make this list past their first couple of seasons, and if they do they typically are not in the top five of any list. The Good Wife breaks the mold, and creators Michelle and Robert King provided some of the best television in 2014. In 2013 the show set off a chain reaction where Cary and Alicia split from their law firm, this set the show on a different path, and almost seemed like a rebirth. Yet rebirths are for show’s that lose their mojo and this show only did that briefly at the beginning of season 4. Whether it was Florrick/Agos taking on LG, the death of Will, Alicia running for States Attorney, the best guest stars in television perfectly woven into each episode or any of the other flawless qualities, this show fires on all cylinders.   It’s not just the best network show but the best continuing show on television.

3-Veep (HBO)
Some shows lose steam as the as they get older, but Veep only gets funnier. Julia Louis-Dreyfus is perfection, and this season was even more of a triumph because it was fun to watch the good ole Veep try to ascend to the Presidency. While Louis-Dreyfus is great in her role as VP Selena Meyer, she is also surrounded by one of the strongest comedic ensembles on television: Tony Hale, Anna Chulmsky, Kevin Dunn, Gary Cole, (three more people). Watchign Selena try and take a position on abortion, plan a “candid” photo, and take part in a Presidential debate were only some of the highlights of this season. Veep is one HBO’s best comedic television series of all time. Armando Ianucci, and co. are genius at mocking the American political system. This is the highest ranked comedy series of the year, and if you have missed it, catch up!

4-True Detective (HBO)
Its sad that the last episode of this mini-series prevented this show from cracking my top three, but it did. With that said Detective was a smart potboiler that left following the lives of two broken men on the hunt for a killer.  This show was about four men, Nic Pizzolatto, Cary Joji Fukunaga, Matthew McConaughey, and Woody Harrelson. Pizzolatto was the brainchild behind this show’s greatness; he was the creator and wrote every single episode like Noah Hawly (Fargo). Pizzolatto gave the show the perfect tone, and the juice to be one of the most talked about shows of 2014. Fukunaga gave every word life; he directed every single episode of this mini-series. McConaughey and Harrelson’s performances were studies in great acting, each brought the show to new levels you could never imagine.

5-Orange is the New Black (Netflix)
In season two this show still captivated, made you cringe at the prison system, made you cry, and of course provided some laughs. Jenji Kohan who created the show is an expert at blending the dramatic and comedic aspects of life, namely because many of those moments are so fluid. Kohan did this with her other show Weeds. In the second season Piper got even more depth, and we were able to see Red fall from grace, while exploring other new women in each episode. This show continues to push boundaries, and focuses on the complex lives of women, who happen to be convicts.

6-Hannibal (NBC)
Bryan Fuller creates some of the most visually sumptuous television. In this case its more on the disturbing level, Hannibal is probably the best thriller out there, it keeps you on the edge of your seat. Will Graham and Hannibal Lector take the “cat and mouse game” to a whole new level, there is a psychology that exists, an admiration (a sick one of course), maybe even love. Watching the season spiral from Will being suspected of being a killer, to people finally seeing the darker sides of Dr. Lector in the bloodiest season finale I have ever seen. This show is what NBC meant years ago when they said “must-see tv.”

8-Louie (F/X)
Somewhere along the way Louie merged into an unnamed genre of television. Standup comedian Louis C.K. has created a television show that defies the norm, and if anyone can pull that off it’s him. This season found Louie punching a model in the face, in bed and finding love with a woman who didn’t speak English. There is something about this show, and the way it evolves with every season that makes this, just, special.

10-Enlisted (FOX)
I am still not over this show’s cancellation. Networks just are not interested in supporting as many well-written comedy shows these days. Chuck Lorre’s comedy take over is sad.   Enlisted was just clever, and there was so much heart. You had goofy Randy who was played by the often shirtless, gorgeous, and talented Parker Young. The show also tackled PTSD with Pete (Geoff Stults), and the reality of life after being in a combat zone. Fantastic ensemble, this show will be missed.