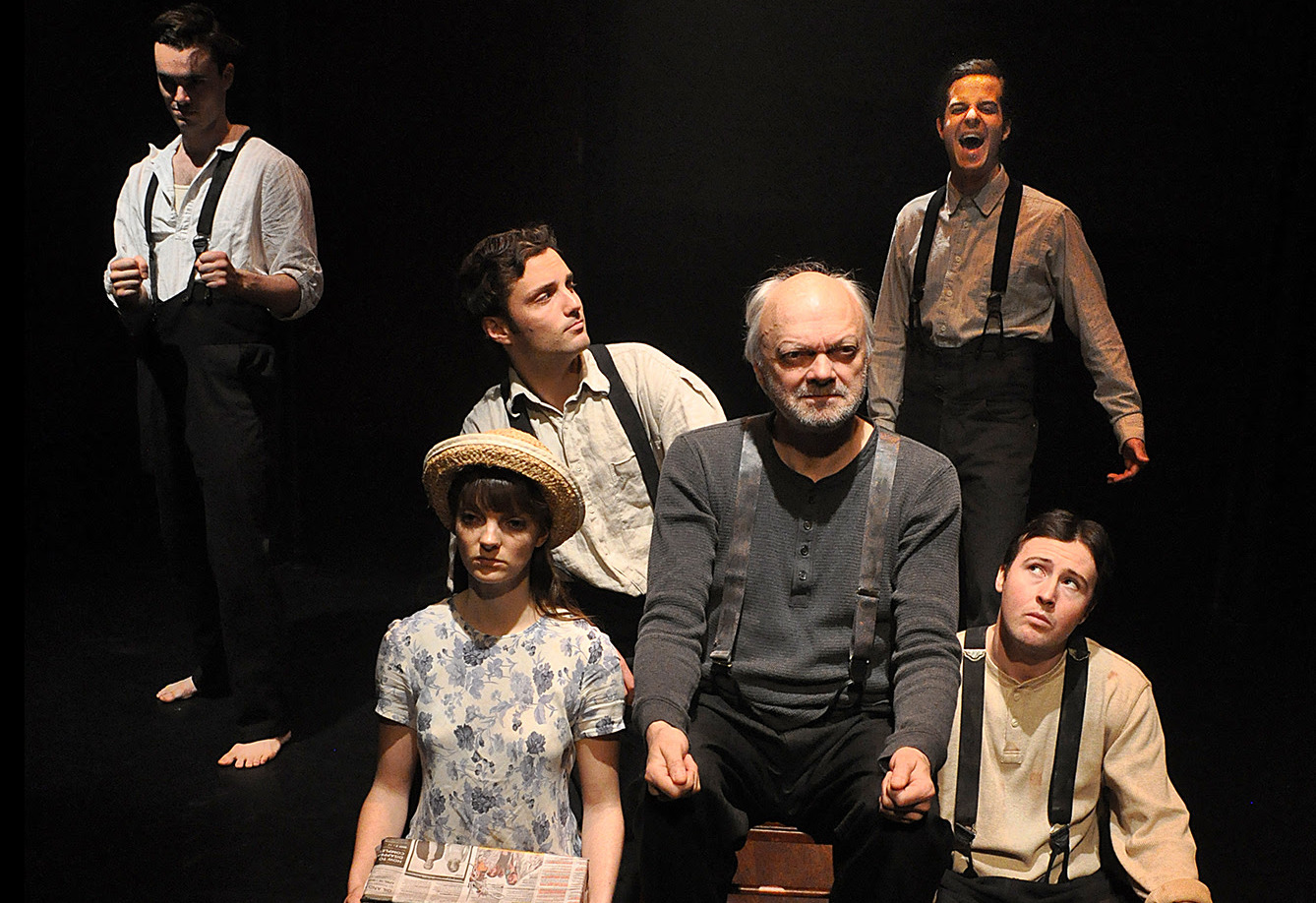 On Stage in TO: The Not-So-Great

Warning: Extreme negativity ahead. Why don’t you read Rachael’s piece about all the Friends Thanksgiving episodes instead?

Tapestry Briefs: Booster Shots (Tapestry)
Conceptually, this evening of short opera scenes tied together with corresponding shots of curated liquors was a brilliant idea. How do you battle every simplistic but not altogether unfounded accusation of “long, boring, old, irrelevant” that opera often elicits? Short pieces, contemporary compositions, alcohol- seems like a solid answer to an age-old problem. Hosted by the Tapestry’s likeably self-deprecating Artistic Director Michael Hidetoshi Mori, the evening was charming right off the bat. The trouble is that only two of the twelve opera scenes were particularly inspiring. Hannah Moscovitch and Benton Roark’s trilogy of scenes about the Brooks Bush Gang kicked off with the best Booster Shot of the event, a scene set in Ernest Balmer Studio’s oldschool elevator and aptly named “The Handjob”. Funny lyrics, a strong sense of character, and a cheeky leading performance from Krisztina Szabo paired with a perfect final button to make this scene memorable. The other scene I liked was a tender forbidden romance between Keith Klassen and Alexander Dobson written by David Yee and Dean Burry. The rest of the scenes were either dull, unintelligible or just too strange and the four singers nothing to write home about. Mediums like opera that tend to be represented by one big well-known company (in this case the COC) are frustrating and I really want to be able to support the smaller companies who can keep the COC honest (just like the best of indie theatre forces Soulpepper and Canstage to keep up their standards), but the smaller companies need to bring a better game than this to hold up their end of the deal.

Peace Warriors (Teatron, Toronto Jewish Theatre)
Teatron’s attempt to break into a more daring, contemporary theatrical world just didn’t work, not because they or their core subscriber base can’t handle a more daring, contemporary theatrical world (in fact, the audience seemed to be appreciating the change of pace) but simply because they picked a bad play and did it badly. Doron Ben-Atar’s text is populated by unlikeable characters who don’t have enough interesting things to say to pull off being so unlikeable, and the cast assembled to bring them to unfortunate life suffered from awkwardness and universally clunky delivery styles. Nothing here felt honest at all, from the accent work to the chemistry between characters in a longstanding affair (or those wrapped up in a sudden hookup, for that matter) to the family photos on the mantel that were really just actors’ headshots, to the New York intellectual in a Red Sox t-shirt who randomly quotes Guys & Dolls. An ill-advised Rachel Corrie reference hung a lantern on the fact that this play is very conscious of its controversial topics but isn’t good enough to be worth kicking up a fuss over.

Take Me Back to Jefferson (Theatre Smith-Gilmour/Factory Theatre)
The more theatre you see, the stronger your suspension of disbelief abilities become. You believe mimed props are real props and that the six characters all played by the same person aren’t the same person; you see a strategically placed railing and you know the characters are on a ship; you don’t worry about the logic of actors in modern dress fighting with broadswords (well, sometimes you don’t). It’s a skill you don’t really notice you have, until you see something that taxes it so much you just can’t bring yourself to believe anymore. When that theatrical veil is lifted, you find yourself seeing the production like you’re a Bro on Broadway– questioning everything, fighting your instinct to roll your eyes at the drama nerds. As I write this, I’ve just come from a theatre for young audiences performance where I happily believed a young boy (played by an adult) was living inside a giant peach with his ensemble of life-size bug friends (also played by adults) but when I saw Take Me Back to Jefferson, a physical theatre adaptation of Faulkner’s As I Lay Dying, it was like I’d never been to the theatre before in my life. I couldn’t handle the insane double-casting that made a whole host of characters indecipherable; I hated that they didn’t bother to find real period-accurate pants and instead just sewed extenders on the top of their regular pants; it drove me crazy that Michele Smith didn’t even try to match her co-stars’ southern accents and just went with French. I couldn’t see the artistry or ingenuity or even immense skill that I assumed I’d be able to see (these are things I can usually see, I swear, and I don’t think these performers don’t have that in them). This was so silly, so poorly paced, so self-indulgent that my disbelief absolutely refused to be suspended and all I could see was what it literally was- a bunch of guys in suspenders, flailing.