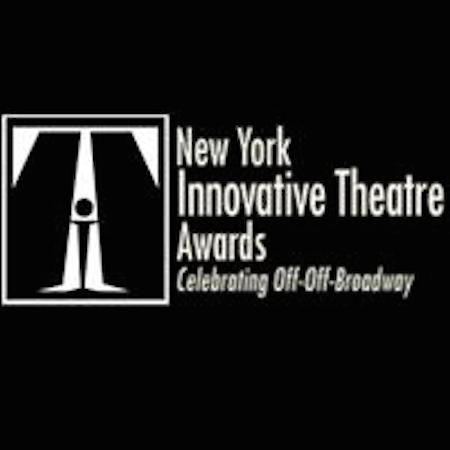 I know I said that the Tony Awards ended my 2014 theatre award season, but I lied. Sorry. Forgive my categorically untrue statement. This week, I attended the 2014 New York Innovative Theatre Awards, which honors the best shows, actors, designers, and technicians off off-Broadway (but, you know, still in New York City). Some call it “downtown theatre” and others call it “indie theatre.” Irrespective of what you call it, the NYIT Awards honor the most experimental, avant-garde, and unique theatre programming in the city. These are producers, theatre companies, and artists who are generally unconstrained by the demands of commercialization – they are lucky if they can scrape a budget together from crowd funding websites, friends, and family to make their artistic dreams come true. But they do, and, you know what, the results are always creative, often intriguing, and sometimes great.

This year, the NYIT Awards were hosted by Jason Kravits (The Michael J. Fox Show, Smash, The Stepford Wives) who may have ended up almost naked on stage. Take that Tony Awards and your stupid hopping. Celebrating its downtown roots, the opening dance number choreographed by Rachel Klein was a tribute to the artistic visionaries and decidedly non-corporate crowd that comprises the indie theatre community (all set to Petula Clark’s “Downtown,” which I cannot listen to without having flashbacks to the television show Lost).

Presenters for the evening included a mix of theatre luminaries, all of whom were well-received by the small NYIT community, including Tracee Chimo (Orange is the New Black, Bad Jews), Larry O’Keefe (Heathers: The Musical, and this lawyer’s personal favorite Legally Blonde: The Musical), Tony-nominated writer Craig Lucas (Prelude to a Kiss, The Light in the Piazza), James Rado (co-author of Hair), and Tony Award-nominee André De Shields, to name a few. One of the best parts of the NYIT Awards is the unabashed way award recipients give speeches. There are no cable television or FCC rules to abide by at the NYIT Awards, and there is no pesky play-off music. Winning artists share their successes with the NYIT community and thank all of the people who have helped them along the way (many of whom are in the room or have worked with someone in the room). There were Christopher Walken impressions (because that is how one avoids stuttering, apparently), bromantic moments, swearing, and even shout-outs to immigration services for providing artist visas. In totality, not a bad evening.

The full list of the 2014 NYIT Award winners includes:

Outstanding Actress in a Lead Role: Heather E. Cunningham, An Appeal to the Woman of the House

Outstanding Costume Design: Gail Cooper-Hecht, The Importance of Being Earnest