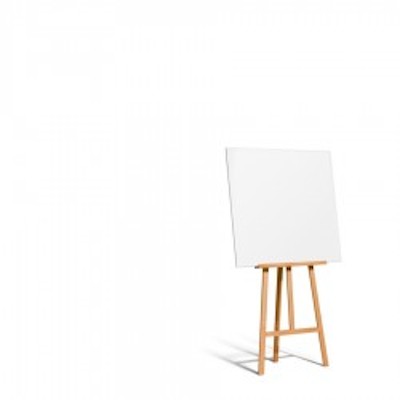 Redheaded Stepchild (A+)
It’s the queer I, Claudia; an earnest story of a 12-year-old boy’s navigation of his parents divorce, his six grade bully, his ‘different’ sexual and scholastic leanings, and, of course, his red hair.

Redheaded Stepchild is a one-man show written and performed by Johnnie Walker. In it, Walker plays a young boy, his stepmother and his alter-ego, the fabulous Rudolf. He explores the awfulness of being a redheaded boy, and dreams of being Rita Hayworth. Walker offers us a complex and heartwarming coming of age story. It’s also a funny and very earnest queer bullying narrative. Redheaded Stepchild is narratively complex, with Walker weaving from one character to the next. It’s staging is effective and simple, red yarn, and redheaded dolls used to help illustrate the story. The best is the end, which offers one of the most honest and empowering (without being preachy) accounts of “it gets better.” It really got to me: the vulnerability that Walker accessed and explored through this lovely play was quite simply tear-jerking.

Now Keep in Mind That I‘m an Artist…. (C)
“…And I’m sensitive about my shit.” So beings Now Keep in Mind That I’m And Artist, a self-conscious exploration of what we find interesting as audiences. As a Fringe Alley play, where people can come and go as they please, NAME offers us 5 reasons to stay, to great effect: I stayed for the whole thing. But it wasn’t worth it. Before the play, I imagined based on the title and the description that this show would be either clever and ironic, or bad. Unfortunately, while it played with an ironic self-awareness, it was more ‘bad’ than anything else.

The best parts were the ridiculous man dancing in his underwear and a McCaw mask. The worst parts were the long drawn out movement pieces. There were a few good instincts— reading out stage directions and the use of audio recordings. However, the piece lacked cohesion. It was just a hodgepodge of random performative moments that were brought together under the guise of asking “what is interesting?” Unfortunately they didn’t ask this in a very interesting way.

No One Needs to Know Shania (B+)
Alexis Taylor presents us with a fun, unique solo show about the life and songs of Shania Twain. I don’t know a lot about Shania Twain, so while some of the references may have been lots on me, Taylor is a stunning performer, jumping from monologues to songs without missing a beat. She sings beautifully and acts almost as well. The only downfall of the piece was that it got a little dull by the end. While Taylor herself does well, I think the show could use a little narrative creativity, or really just a rewrite.

No One Needs To Know Shania tells the life story of Shania Twain, raised in Timmins Ontario, and singing in bars at age 14. It looks at the struggle of her life growing up, to starting singing, to her parent’s death and her own growing career. The story was told interestingly, jumping from scenes to songs and back again. While the songs were amazing, the scenes were only okay, the acting was decent, and the writing was pretty flat.

See No One Needs To Know Shania because you need a little country in your day, not if you’re looking for a theatre fix.

Watching Seana McKenna Watch Paint Dry (B)
The title say it all. We watched an audience on stage watch Seana McKenna watch paint dry. Laterally. Eventually, one of the characters said: is this it? And so opened his intellectual criticism of the play, saying, that it may be a performance, but it wasn’t a play. A play has plot, and characters and a narrative arc. As he agued his point, other theatre-goers in the audience on stage chimed in their own options on whether or not Watching Seana McKenna Watch Paint Dry was play.

It was kind of an artistic 12 Angry Men, as the main character convinced his audience, one by one, that this isn’t theatre. This was kind of the perfect show to end my fringe time with—a hyper-meta look at what makes good theatre. I enjoyed the intellectual rigor of the exploration; this was a question that I had been asking myself in the audience of many a fringe show. It’s worth noting however, that based on their definition of a ‘play’, Watching Seana McKenna Watch Paint Dry is not a play. Rather I would argue that it’s a clever performative exploration of artistic merit, and a welcome challenge to contemporary art tropes.