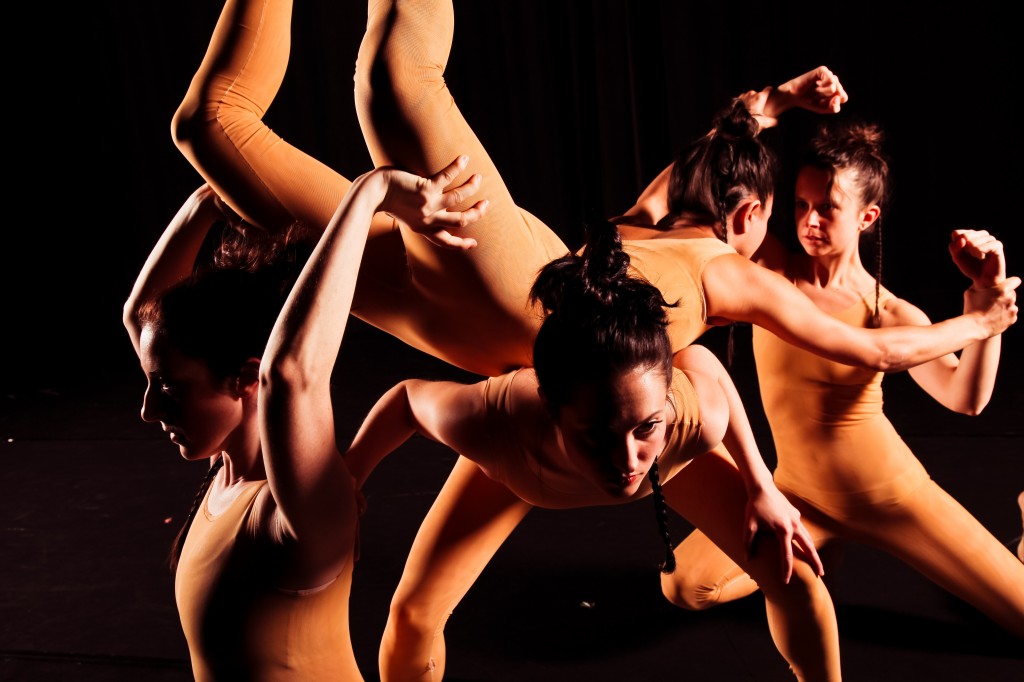 When All is Said

When All Is Said & Get Served (A)
A highly contrasting pair of pieces choreographed by Winnipeg’s Alexandra Elliott, When All Is Said and Get Served share an hour on the stage of The Al Green Theatre and should complement the average Fringe-goer’s verbally abundant festival experience with some virtuosic physical performance. When All Is Said is an intricate quartet that features highly articulate interplay between Elliott herself, Hilary Anne Crist, Janelle Hacault, and Lise McMillan. The four start as a unified pack, and each performer breaks from it, in turn, contributing to the narrative in a sometimes confrontational, sometimes sweet counterpoint. The setting of the piece is at once relatably primitive and highly sophisticated in its abstraction, leaving lots of room for an audience’s interpretation without making novice spectators feel as though they are not welcome to draw their own conclusions. Elliott’s second offering, Get Served, is a solo presentation where her experiences as a server are distilled into a dark, frenetic, and often very funny sequence of the lowlights in that dehumanizing job to which so many artists turn. After the truly transcendent concepts and forms of When All Is Said, the mundane and deliciously disturbing places visited in Get Served are chillingly identifiable. Elliot’s well-refined transformations in particular hint at the artist’s profound competence and restraint in what might become chaotic and overwhelming subject matter in the hands of lesser practitioners. As artists take risks in presenting new work in Fringe festivals, so too should audiences in choosing to see comedians, puppeteers, and dancers. Those willing to imagine boldly and fully engage with something unique should not miss this opportunity to see some truly spectacular dance.

Oni (B+)
There is no shortage of so-called traditional dramas in Fringe festivals, so it’s particularly refreshing to see puppet performances mounted alongside them. Fortunately, this year Mochinosha Puppet Company penetrates the program with Oni, which ain’t no Fringe Kids show. Seri Yanai and Daniel Wishes tell the sexy adults-only legend of a three-centimetre-tall samurai named Issun-boshi, whose humble tale fills the allotted time quite satisfactorily indeed. The narrative unfolds in English, but is punctuated with Japanese dialogue which provides the experience with some very pleasant sensual authenticity. Novices to some of the naughty particulars of that culture are gently introduced to key concepts and the meticulously-crafted shadow puppets and magic lantern shunga images are presented in a playful and not-at-all creepy way. It’s a pleasure watching performers like Yanai and Wishes come together, respecting and honouring historical forms while never taking themselves too seriously. The afterglow of the event was only slightly disturbed by the mildly uncomfortable question and answer period which followed it, but I’m fine with chalking that up to a case of different strokes for different folks, rather than reading it as any sort of insecurity. If you can wrap your tentacles around some tickets and have a chance to get up close and personal with this show, sitting in the front rows is highly recommended – there’s no splatter zone about which to worry.