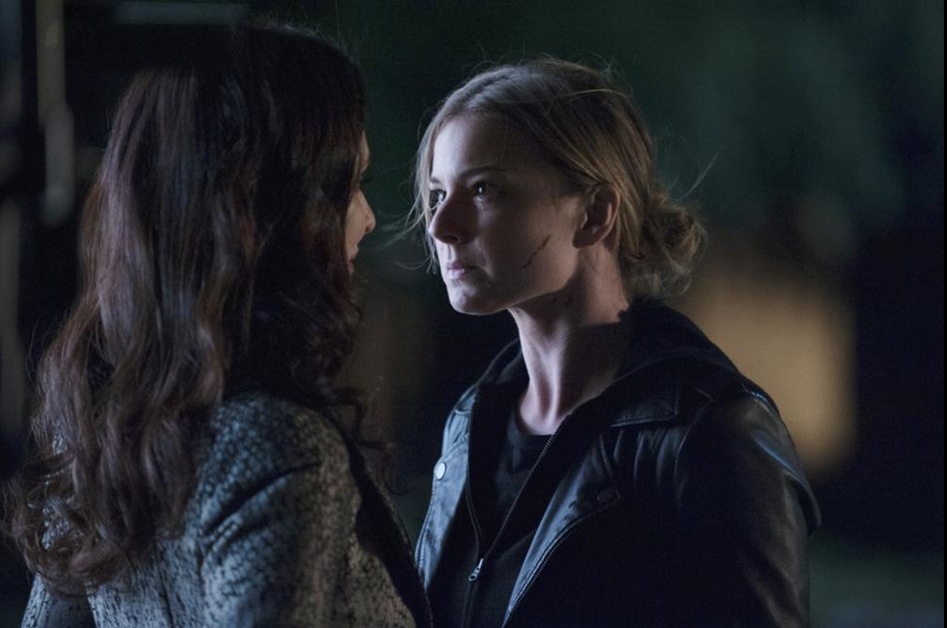 If you’re a fan of Revenge, you probably already knew that the show was renewed for a forth season late last week. You also know that the finale aired last Sunday, which means there was only three days between the renewal notice and the season finale airing. Not nearly enough time for the writers to know which direction to take the show in, which is likely why this week’s finale seemed like a strange hybrid between season and series finale. It closed just enough doors to make Emily’s revenge plan seem complete, but left the windows cracked so that pending a renewal, Emily and co. had a few more items to add to the “revengenda.”

Aptly titled, “Execution,” this episode promised more than one major death and like Domino’s, it delivered. With this finale came the loss of Emily’s “one true love” Aiden. I say that with hesitation because their relationship was more confusing that grade eleven math (there’s a reason I’m an English major). This season alone, they broke up and got back together more times than I care to count. Aiden even departed for some Caribbean island, and drank his days away until Emily decided he needed to come back into the fold. Remember when she flew to some tropical island and the next scene was back in the Hamptons?  Yes, I also wish I had that much money. Anyway, their relationship didn’t make a whole lot of sense but damn if I didn’t believe Emily VanCamp’s sorrow after she found Aidan’s lifeless body (terrified expression and all) lying on her couch after Victoria poisoned and snuffed the life out of him. At least this way, after the big reveal at the end, she still has some revenge left in her.

Victoria’s fate was met with a trip to the psych ward. After finding out that Emily was really Amanda Clarke, Emily blackmailed Dr. Banks and convinced the other doctor that Victoria was trying to dig up Amanda Clarke’s (aka the real Emily Thorne’s) grave to uncover the truth. A screaming Victoria didn’t help her own case, and Emily walked off, leaving Victoria to babble on about fake identities.

The big reveal at the end of the finale was, SPOILER ALERT, David Clarke is still alive! Which really defeats the whole purpose of the show, and doesn’t make any sense since we saw him die by the hand of the White Haired Man, but hey, they have a whole summer to figure out how they’re going to explain that one. It turns out David is just as vengeful as his daughter, since his only scene was marked by him presumably paying off a guard (Bellick? Is that you?) to let Conrad out of jail so he could later stab him. Could this really be the end of Conrad though? Somehow I doubt he’ll be gone forever, even if sheer narcissism brings him back to life.

Elsewhere in the episode:

Charlotte has Jack questioned by the police for her kidnapping because he touched her shoulder and she got “a feeling.” Ugh, she’s the worst.

Daniel wakes up next to a dead prostitute and fails to notice the dead part, while inviting Margaux over for a nightcap. Ugh, he’s even worse.

Marguax’s brother Gideon is introduced and apparently it’s easier to explain away an accent with boarding school than to cast an actual French actor. He’s also planning to blackmail his sister and Daniel over the dead prostitute. Yet another reason to never move to the Hamptons.

Overall, it was a solid episode. More happened in this hour than all season, and if they can explain the little faults in the season four premier, I’d chalk this up to one of the best episodes in Revenge history.