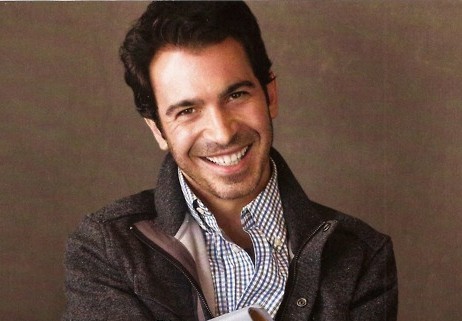 The 2012 My TV Awards: Performer of the Year

When we announced that Mark Duplass was our My Cinema Performer of the Year, we acknowledged that it was a close race between him and Chris Messina. Here was a guy winning the My Cinema Award when a solid portion of the work we loved him for happened on the small screen (namely, The Mindy Project and a little bit The League). Messina, on the other hand, actually caught our attention on film early in 2012.

He was in everything, turning in strong supporting performances in some of the year’s best movies- Ruby Sparks, Celeste & Jesse Forever, Argo (that’s 3 of our top 5! The other two, coincidentally, both starred Duplass). Chris Messina was in no fewer than 7 films in 2012, but the ones that stood out to us were all supporting performances while Duplass had been the lead in his standout movies. TV was a different story. Chris Messina was either a regular or a recurring guest star on 3 different series in 2012 (that’s a bizarre amount of work). The performances were all complicated and varied, working with vastly different tones and some of the most challenging writing in the industry. Two of those shows (and the showrunners who created them) are particular favourites around these parts).

First came Reese Lansing, the stick-in-the-mud President of AWN on Aaron Sorkin’s The Newsroom. In season one especially, it was a thankless role. Reese was a snivelling prat in a world of eloquent heroes. But he was a well-played snivelling prat with one of the hardest jobs in the series- be the bad guy but don’t lose the audience. Messina eventually got to redeem Reese, adding layers of humanity onto what he was only able to hint at in season one- but that’s an issue for 2013.

Messina entered the fall 2012 TV season by jumping head-on into his first series regular role, the one that ultimately clinched him as our Performer of the Year. It’s one thing to bring hard-shelled nuance to the role of Paul Dano’s non-genius brother, or balance goofiness with machismo while wooing Rashida Jones away from Andy Samberg, or spout Sorkin monologues at top speed, or raise the tension in Oscar season’s best caper-drama; and doing them all in one year is pretty damn impressive. But it’s something else entirely to bring the sort of complicated humanity to a role that Chris Messina brought (and continues to bring) to Danny Castellano on The Mindy Project. Brusque, macho exterior aside, Danny is nothing like anything else Messina has ever played. He’s a dramatic actor, so his incredible effectiveness in a romantic comedy sitcom is impressive (I suppose it was hinted at in Julie & Julia, but who remembers the non-Meryl parts of Julie & Julia?). Danny is one of the best new characters of the year and when paired with a nuanced villain like Reese And an intricate role in the final season of Damages And a body of film work as diverse and awesome as Chris Messina’s in 2012, our My TV Performer of the Year was an easy choice to make.