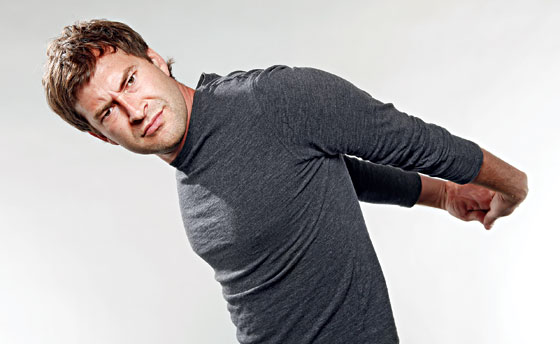 The 2012 My Cinema Awards: Performer of the Year

It broke our hearts when we looked at the category breakdowns in this year’s My Cinema (and My TV, for that matter) Awards and realized that Mark Duplass wouldn’t win anything.He’d barely missed out on being nominated in the Best Actor in a Drama category for his superb improvised performance in Your Sister’s Sister and now one of 2012’s most valuable and versatile performers only had one shot at a My Cinema Award.And that one shot was in the strongest category of the year: Best Actor in a Comedy.

That race was Ridiculous. Bradley Cooper ended up winning it (Bradley Cooper who, by the way, should have won the Oscar in our estimation for the role of his career so far) but not without heavy competition from Andy Samberg’s career re-defining performance in Celeste & Jesse Forever, the legendary Tommy Lee Jones in his most devastatingly human role in years (Hope Springs), the ever-amazing Paul Dano firing on all cylinders as a character written just for him in our favourite film of the year (Ruby Sparks). And, of course, Duplass whose performance as Kenneth in the beautiful, hilarious, mind-expanding indie Safety Not Guaranteed was one of the year’s most memorable.

Duplass was the extraordinary, film-defining headliner of two of our top 5 favourite films of the year (Your Sister’s Sister, Safety Not Guaranteed) and a supporting player in another top-ten favourite (Zero Dark Thirty), all while holding down a recurring part on our favourite new sitcom (The Mindy Project), a lead role in an FX cult comedy (The League), writing/directing/producing an indie film with his brother (The Do-Deca-Pentathalon) and being impossibly witty and loveable all the while. (He was also in People Like Us but we like to pretend that movie doesn’t exist, and Darling Companion but we think that movie might actually not exist).

He may have lost out on all the awards those individual projects could have won him (so close!) but, put together, the effect they had on our cinematic (and televisual) year just can’t be argued with. It was a toss-up between Duplass and Chris Messina as to who would take My Cinema and who would take My TV as Performers of the Year (they’re both major contributors to both) but on the strength of those two leading roles alone, Duplass really made our 2012 at the movies.