Top 10 lists are marvelous beasts, revealing substantially more about the reviewer than they do about this year in filmed fiction. It’s one of my favorite reasons to do them – each year’s Top 10 List serves as a tiny autobiography of this year in Me. 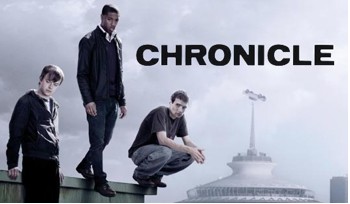 10. Chronicle
This movie may have passed under the radar for a large segment of the movie going population. It came out in no-man’s-land February, and the trailers for it looked horrible. Just awful. It looked like Paranormal Activity’s annoying younger cousin. But the actual movie was a great, fleet superhero flick that cleverly used its found-footage gimmick to bring pathos to the best “realistic” superhero film since Unbreakable. 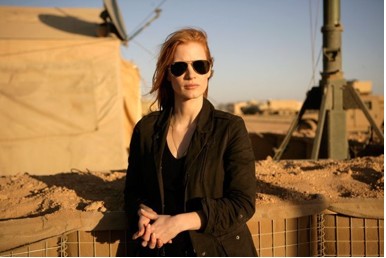 9. Zero Dark Thirty
Film nerd apology time: I’ve never seen Kathryn Bigelow’s Oscar winning The Hurt Locker. By and large, war films bore me, even the great ones. So when I sat down to watch Zero Dark Thirty, I had very few expectations. But this wasn’t the war film I dreaded, or the pro-torture propaganda film that the liberal media kept telling me it would be, or the anti-torture polemic other people seemed to think it was. Instead, Bigelow made the story of the hunt for Osama Bin Laden an intensely personal character study, residing on the very capable shoulders of Jessica Chastain. It is about the human cost of great moments, the levels of compromise and dirt that go into triumphs, and in that way it is actually the perfect companion piece to Lincoln (but more on that later). Bigelow is an occasionally showy story-teller, but in Zero Dark Thirty she uses her minimalist eye to its best effect, moving slowly, ponderously towards its foregone conclusion.

8. Cabin in the Woods
I love horror movies. I love Joss Whedon. And I love stories that doom the human race to CGI-extinction. Cabin in the Woods was a smart horror film satire that stretched SO MUCH deeper than that, turning into a satire of the creative process and humanity just as much as it pointed out oft-mocked genre conventions.

7.  The Dark Knight Rises
It is almost unfathomable to me that this movie is so far down on this list, but The Dark Knight Rises suffered under terrible timing (both for me personally, and for the movie’s place within a country-wide tragedy) and ridiculous expectations. That Christopher Nolan’s trilogy-capper is still a fantastic movie, with tense action sequences and a strong thematic link with his other two films, is nothing short of a miracle, and a testament to big budget movie making with an auteaur director at its center. 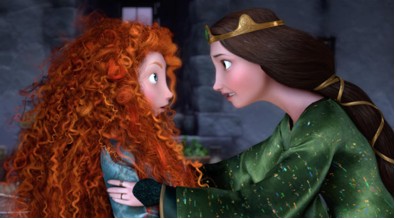 6. Brave
I’ve gotten in a lot of fights based on this movie with people who claimed Disney had infected Pixar. I think they’re seeing the castles and the princess, but missing the heart. Brave was Pixar, through and through. A moving, painfully-true testament to one of life’s mysteries, the relationship between mothers and daughters and the often painful push and pull of it. A lot was made about Merida being Pixar’s first female protagonist, but what should have been focused on was how intensely female the story was. It was about duty and sacrifice (two words more often associated with male knights) in terms that were distinctly feminine, and Merida for all her tom-boyish trappings remained decidedly girly. It’s not my favorite Pixar movie of all time (that would be Wall*E), but it was certainly not a cowardly movie, nor lacking in personal viewpoint, nor evidence of some wretched “Disney-ization” of Pixar’s unique artistic viewpoint. If anything, it’s evidence of the vast universe left to be explored. 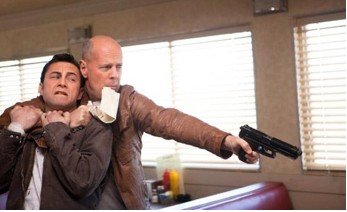 5. Looper
When I first saw Looper, I declared it a perfect movie, and I stand by that. As a sci-fi fan since I first picked up The Foundation Trilogy and Ender’s Game at a decidedly not-reading-level-appropriate age, I get really excited whenever a high concept film like Looper is introduced. But years of disappointment, of films that slowly wilted under their own ambitions, have left me highly skeptical. So it’s rare that I can walk out of an ambitious, big budget, time-bending movie like Looper feeling 100% satisfied. That is what Rian Johnson, Joseph Gordon-Levitt, and Bruce Willis gave us: a perfect film, perfectly cast, directed, and written to achieve all of its ambitions. 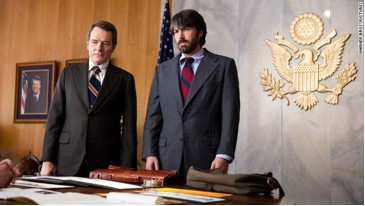 4. Argo
As a film fan whose passion borders on mania at times, it’s inevitable that we all have our hipster spots, those little properties or people who we championed back when it was totally uncool to do so. For these spots, it’s really easy to fall back on the “I liked it before it was cool” trap. Here’s my confession: Ben Affleck is my hipster obsession. I’ve never lost faith that the Boston born movie star was a bonafide talent, and I withstood years of people saying things like “the only good performance he ever gave was in Dazed and Confused – because he was playing himself.” I’m not saying I had it half as tough as Ben himself (who to this day has to confront condescending interviewers who love to contrast his Benny from the Block days with his current success), but there was a while there when it was actually hard to be a Ben Affleck fan. But since Hollywoodland, and then followed up by the one/two punch of Gone, Baby, Gone and The Town, it became cool to love Ben Affleck. Argo is by far his most assured effort, a story so cinematic in conception that it’s astounding this movie hasn’t been made before. Affleck is equally successful with the political uprising sides of his story as with the very humorous Hollywood satire bits, but I think too little is being made of his strong leading man performance. If Looper was a perfect sci-fi film, Argo may have been a perfect recent-history dramedy. Plus seriously gratifying years of sitting through Jersey Girl with optimism. 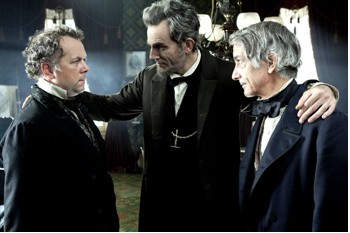 3. Lincoln
I cried four times during Lincoln. This is not a huge feat for a film (I cry at those commercials they play for The Jimmy Fund before movies), but it’s still kind of astounding given that I didn’t cry because (SPOILER ALERT) Lincoln dies or Mary Todd’s batshit – I cried because of the hope this movie made me feel. Partially this was leftover from the 2012 election, but mostly this was a testament to how moving Spielberg manages to make congressional inertia. Like Zero Dark Thirty, Lincoln deals with the ways morals get perverted in the service of something good. Upstanding Mr. Lincoln basically buys the votes necessary to pass the 14th Amendment to the constitution, banning slavery before the Civil War can come to a close and restore the status quo. I don’t care about its historical accuracy; I care that it made me feel like Democracy, for all its push and pull, for all its stalemates and stupidity, for all its seeming inefficiency and mindnumbing bureaucracy, is capable of moments of pure grace. That Spielberg managed to capture all this while also featuring a subplot with James Spader running around like he’s in a old-timey British comedy sketch is what makes him a master storyteller. 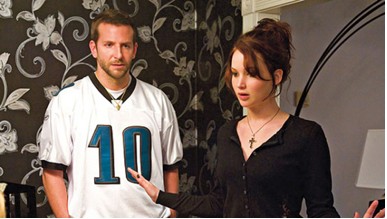 2. Silver Linings Playbook
Speaking of crying, Silver Linings Playbook touched on a nerve for me. Its story of messed up people trying to hold on to happiness against the weight of their own pasts is nothing new, but stars Bradley Cooper and Jennifer Lawrence imbue it with a raw authenticity, and director David O. Russell knows exactly how to pull back from melodrama in a way that makes the story more engaging. I fear that this movie is destined to be this year’s Juno or Little Miss Sunshine, a feel good movie that gets swept along in the Oscar season tide and ends up being hated by everyone because of it, but I think it deserves every accolade it gets. 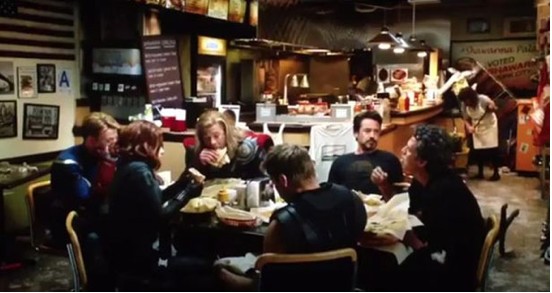 1. The Avengers
Was my number one really ever going to be anything else? The Avengers was made for me. It was made for me way before it was a goal on some studio executive’s long term plan. A sprawling, multi-movie narrative that culminates gracefully into a single, perfectly serendipitous conclusion? Umm, okay. Combining the best of long form television storytelling with the theatrics and grandeur of film? Sounds good. And topping it all off with a geek god?  Well, fuck you movie studios, just TAKE ALL MY MONEY ALREADY. The Avengers should have toppled under all this cumulative weight of expectations, but instead it soared past my broadest hopes to become my favorite movie of the year, and my favorite superhero movie of all time.

HONORABLE MENTIONS
Magic Mike and 21 Jump Street, both fine movies in their own right, and which I tried to make room for on this list. Magic Mike in particular is missing out on a lot of critical acclaim just because it also featured a lot of hot dudes stripping.