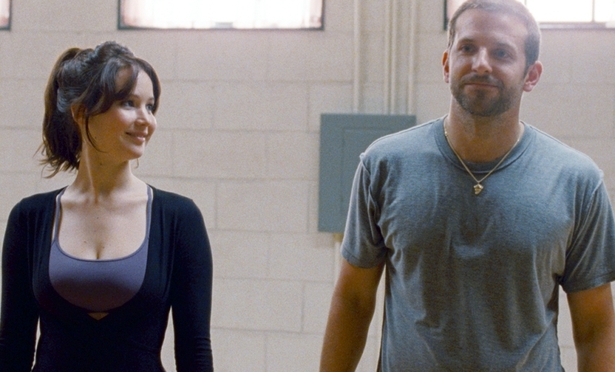 When Jennifer Lawrence was first selected to play Katniss in The Hunger Games, I hadn’t seen her in anything. I wanted to avoid seeing her in anything AFTER as well, but the nerd in me couldn’t avoid X-Men: First Class (nor could the Michael Fassbender addict). I thought she was pretty “meh” in First Class, but tried to hold off on judgment. Then, of course, she was astounding as Katniss- effortless and beautiful and strong.

But it wasn’t until Silver Linings Playbook that I realized just how great Jennifer Lawrence really is. In it, she plays a grieving widow for whom pills, casual sex, and social inappropriateness can not fill the void left by her husband’s recent death. The thing that is so amazing about Lawrence is the way she fills in the voids of the character. For much of the script, Lawrence’s Tiffany is putting on an act, pretending to be more cavalier, more insane, more solid than she actually is. What separates Lawrence’s portrayal of her from a generic “crazy girl” turn is her unique ability to seamlessly blend the character’s artifice with her heart. She’s once again completely effortless, albeit playing a very different character.

The same can be said for David O’Russell’s perfect direction. When I was a budding film nerd, O’Russell’s Iraq war movie Three Kings was one of my go-tos. He made a war movie that was funny, profound and moving. I didn’t see that director again until The Fighter came out two years ago. O’Russell’s gift as a filmmaker is his ability to take self-deluded characters and make them real, indulging us in their idiosyncrasies so that we root for them despite the dubiousness of their goals.

Silver Linings Playbook is like a master thesis of this idea. Bradley Cooper gives an unprecedentedly great performance as Pat, a man whose latent bipolar disorder comes to a violent head when he finds his wife cheating on him, and who returns home from a mental hospital to his broken life and his parents’ house. He meets Lawrence’s Tiffany, and the two enter into an emotionally charged, mostly chaste partnership to win a dance competition.

There are lots of beats that shouldn’t work, or that feel like they belong in a cheesy romantic comedy, but O’Russell (and his stars’ brilliant performances) keeps everything on the right side of uplifting. The movie made cry more often than I’m comfortable with.

This movie is garnering a lot of awards’ season buzz, and I strongly suspect it may be this year’s Little Miss Sunshine or Juno, meaning a little movie that people loved a lot but that will eventually suffer some sort of almost-fatal hipster backlash. In other words, go see it now, before that can taint your enjoyment.