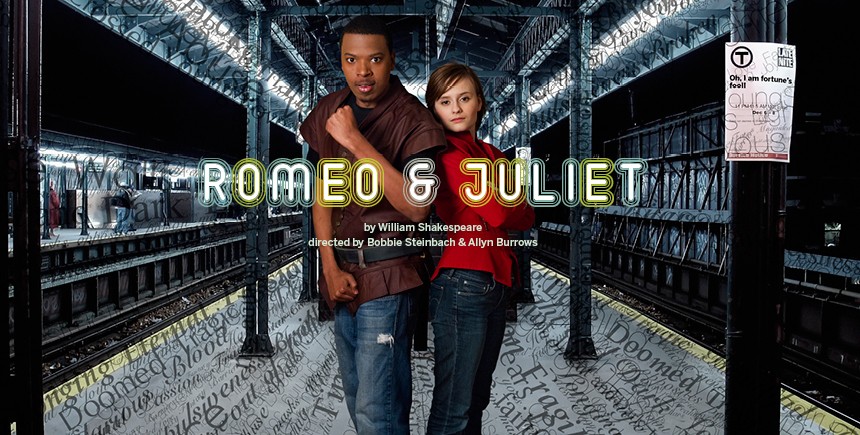 We’re in October, and while our list is relatively short, we have some gems on our calendar. We’re noticing a lack of fringe theatre; are we just ignorantly unaware of the masterpiece works in our greater Boston community or does Boston lack quality fringe theatre? Email me press releases! Email me links of new, emerging companies!

This month’s “Must See” lacks any common theme; we have shows ranging from the traditional to the rarely performed to an exciting world premiere. As usual, we have a severe lack of minority playwrights, but we hope that November will bring many options from which to choose.

And here is my “Must See” list for October:

Actor’s Shakespeare Project (“ASP”)
Romeo and Juliet, by William Shakespeare, co-directed by Bobbie Steinbach and Allyn Burrows
The Strand Theatre
Oct. 2 – Nov. 3, 2013
This production needs no introduction; ASP is ten years strong and they are pulling out all of the punches for this season. With generous support from the City of Boston, ASP brings (potentially) award-winning, crowd-pleasing, innovative productions to our Greater Boston community. What’s more, they are eager to contribute to their community. Steinbach and Burrows are company all-stars, and I’m excited to see how they have reimagined this classic. I have developed strong feelings (both literary and emotional) to this play over the last year, but ASP’s Youth Intensive knocked the play out of the park this past summer. I have high expectations for this production, and I know they will rise to any occasion.

Emerson Umbrella Center for the Arts
Side Show, by Bill Russell (book and lyrics) and Henry Krieger (music), directed by Brian Boruta with Music Direction by James Murphy and Choreography by Jenna Leavitt
Emerson Umbrella Center for the Arts, 40 Stow Street, Concord, MA 01742
Oct. 25 – Nov. 10, 2013
Yes, this is the second time this small, growing company has made the list, and for good reasons. First, this show is rarely performed. Second, Emerson Umbrella has assembled a dynamite season. While I’m not familiar with many of the actors involved in this production (which always makes me hesitant), I know Boruta is a knowledgeable and worthy director. Side Show features one of my favorite duets in the entire musical theatre canon, “Who Will Love Me As I Am?” While on Broadway, this show was robbed of Tony Award nominations and awards; for any musical theatre history buffs, you’ll remember that this show was nominated in the same yeas as The Lion King and Ragtime. Had the musical premiered just a year earlier (1996/1997 season) or a year later (1998/1999), I am certain that this show would have been more noticeable and recognized. Hopefully, we can all appreciate the brilliance of this oft-overlooked show at Emerson Umbrella.

Speakeasy Stage Co.
Make Up Your Mind, Written by Kurt Vonnegut, Assembled by Nicky Silver, Directed by Cliff Fannin Baker
World Premiere
Boston Center for the Arts
Oct. 30 – Nov. 30, 2013
I am a huge Kurt Vonnegut fan. Honestly, it’s unfair to compare my excitement for any other show this month. I fell in love with Cat’s Cradle and Slaughterhouse-Five in my youth, and I just get his humor, charm, and wit. To add fuel to my fire of excitement, Nicky Silver (a playwright who I greatly admire but rarely see perform because of his controversial and difficult subject matters) is at the helm of this production. Finally, Richard Snee plays Vonnegut in this production. Richard. Snee. Pure brilliance. I have few doubts that this play may head to Broadway, and I hope my inclinations prove right!

ArtsEmerson
Waiting for Godot, by Samuel Beckett, directed by Judy Hegarty Lovett
Performed by the Gare St Lazare Players Ireland & the Dublin Theatre Festival
Paramount Center Mainstage
Oct. 31 – Nov. 10, 2013
Okay, I’m not a huge Beckett fan. I’m not a huge Waiting for Godot fan. But this play is his most accessible (believe me, he gets weird). So why include this play on the list? Because it’s performed by an Irish company. If anyone can appreciate, understand, and love his work, it’s his kinsmen. I’m going on a hunch that this production will be breathtakingly brilliant. I don’t often review productions at ArtsEmerson, but, for some reason, I can’t say no to this existential journey right now. May we all find what we’re looking or waiting for.