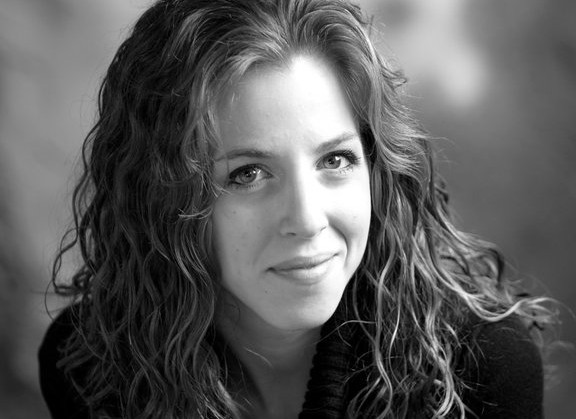 As Glinda the Good Witch from Wicked, the affable and sweet-voiced Mindy Perlmutter was the highlight of Encore Entertainment’s My Theatre Award-nominated showcase Songs in the Key of Stephen. But it was her professional-calibre turn in their community theatre production of Fiddler on the Roof that garnered her a Best Supporting Actress nomination for the emotionally demanding role of Hodel.

Read on for her thoughts on both shows.

What are some of your favourite musicals?
This question is always the toughest – though if I had to pick, my top three would be Into the Woods, Next to Normal and Anything Goes (which I had the pleasure of seeing in NY with Sutton Foster and Joel Grey..amazing).

Where did you develop your triple threat skills?
That’s very kind to be considered a ‘triple threat’… I think I have been singing my entire life – my mom is a musician so we always grew up with music in the home, though I have taken private vocal lessons for over 10 years. I also danced competitively when I was younger and eventually taught dance myself when I was in high school.  As for the acting, I grew up in a house of 3 girls – so it’s always dramatic! Just kidding.  I formally went to Unionville High School as a dramatic arts major, though have always enjoyed community theatre as a fun pastime.

You were fantastic in Songs in the Key of Stephen, are you a Wicked fan?
Thank you! And YES, who isn’t?!

What was it like filling Kristin Chenoweth’s iconic shoes?
At first, fairly intimidating! Eventually – SO FUN.

When you heard about the auditions for Fiddler, was Hodel your first choice of part?
Yes, it definitely was.

How did you develop chemistry with your sisters and Perchik?
With my sisters it was easy! I am the eldest of 3 sisters, so for me it was easy/fairly natural to tease them and have a great time on stage. With Perchik (Aaron Sidenberg) it was also an easy process – he’s a fantastic actor, so we would just keep going over scenes until it felt ‘right’.

Tell us about the rehearsal process.
Mario, Ellen and Colette are a dream team, making each rehearsal one to look forward to.  They were very generous with their time, though equally gave us the freedom to play around and land on deliveries that felt the most natural to us.  Their suggestions and tweaks only further heightened the emotions we were all trying to deliver, and overall the rehearsals for Fiddler are some of the greatest rehearsal memories I have… and I cannot wait to work with them again.  The cast was equally as wonderful – so much talent!! And funny. Very funny people. This easily made rehearsals a highlight of my week.

Do you have a favourite moment in that production?
When we finally nailed ‘Tradition’.  That felt good.  Though my absolute favourite part of any production is the sitzprobe, the first rehearsal with the orchestra.  I usually can’t sing very well during that rehearsal because I’m smiling too much.

What’s your favourite part you’ve ever played?
Hodel may possibly be my favourite so far… though also Johanna in Sweeney Todd.

Do you have any dream roles you’d love to play?
I would love to play Mary Poppins, Natalie in Next to Normal, Petra in A Little Night Music, Woman 1 in Songs for a New World (so, just a few!)

What are you doing now/ what’s your next project?
Great question – I’m actually not sure!  I [didn’t line up] a show for the spring due to some other time commitments I need to focus on.  Though I recently performed at the Flying [Beaver] Pubaret in a musical theatre cabaret night raising money for HALCO (HIV/AIDS Legal Clinic of Ontario) – I think we may be doing a repeat show in the summer.

Do you have anything you’d like to add?
Thank you for the honour!!!