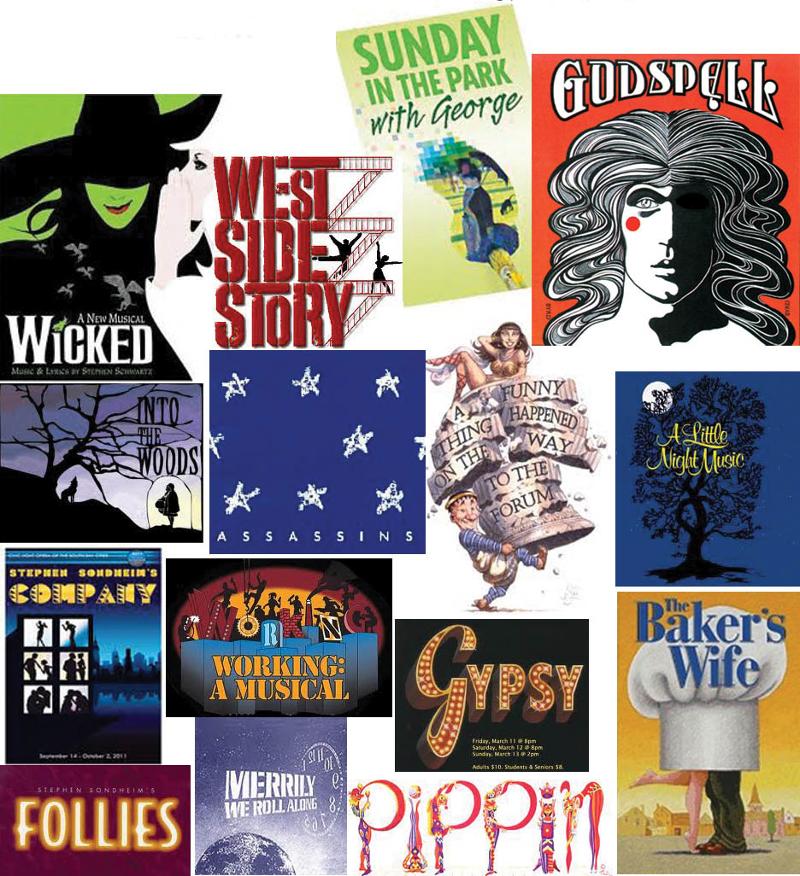 Songs in the Key of Stephen

Encore Entertainment’s concert production, Songs in the Key of Stephen, was a joyous evening of entertainment. Their stirring production of The Laramie Project had featured a mixed bag of talent, so I was a little worried that they might not attract the kind of voices they needed to pull off an evening of Sondheim and Schwartz (the two Stephens, known for creating some of the most challenging and wonderful musical theatre pieces of all time). But I was thrilled to find an utterly talented cast of 22 performers assembled on the George Weston Recital Hall stage on Saturday night, belting out their opening group number, Pippin‘s “We’ve Got Magic To Do”, with gusto.

Writer/producer Merle Garbe, along with director Mario D’Alimonte’s light hand, constructed a lovely tribute to the two Stephens that  put the emphasis on the music while, for the most part, fighting the impulse to fill the spaces between songs with too many cheesy anecdotes and superlatives. The pieces were divided into thematic sections- songs of disillusionment, songs of hope, comic character numbers, etc…- and introduced simply with a small description of each theme and how the Stephens utilized them. The overall talent level was sky high and the song choices impeccable. Personally, I would have preferred a bit more Schwartz- the stunning Children of Eden got only one song- and I would have cut “Neat to be a Newsboy” and “Children Will Listen” (the former because it’s obnoxious and not at all indicative of Schwartz’s best work, the latter because it’s not as brilliant as “No One is Alone” which is also from the final moments of Sondheim’s Into the Woods), but generally the songs served the voices (and vice versa) and presented the diverse work of the two Stephens well.

Amongst the committed cast, there were a few weaker voices, I have to admit. John Karapita and Peter Pequegnat fell a little short in their solo vocals while the duet between Luke Slade and Lisa Ferreira was perhaps the weakest of the night. Alex Fakouri was far better in the comedy number “You Gotta Have A Gimmick” than in “In Whatever Time We Have” while her duet partner Andrew Mitchell’s voice sounded more suited to a rock musical than the lyrical melody of the Children of Eden piece. The beautiful voice of Todd Appleton was a bit overshone by his extreme acting- which was wonderfully effective as a pompous prince in “Agony” and a little distracting in the nuanced ballad “Being Alive”- while, on the other hand, Dan MacEachern’s adorably ecstatic acting made up for his slightly weaker voice in the tough Pippin anthem “Corner of the Sky”. But those were my only nitpicky gripes of the night.

The best voice among the men belonged to Shawn Henry who matched Appleton’s strong bari-tenor note-for-note on “Agony” then pulled out a stunning rendition of “Tonight” from West Side Story as the night’s final solo. The best male allround performer, however, was Sergio Calderon whose sweet tenor matched standout character performances in both the adorable “Giants in the Sky” and classic “Gee, Office Krupke”. Among the women, Zandee Toovey stood out with a powerhouse performance of Schwartz’s insanely demanding  “Meadowlark” then walked all over Pequegnat in the Sweeney Todd showstopper “A Little Priest”. Donna Jacobs gave a stirring rendition of “Send in the Clowns”, and Erin Hyde started off fun and quirky with “Close Friends” then stopped the show with the Gypsy belter “Everything’s Coming Up Roses”. The best dramatic actress of the bunch was Cassie Nadeau whose heartbreaking performance of “Not a Day Goes By” showcased her pretty voice as well as her instinct for letting said voice take a backseat to the emotion.

But my absolute favourites of the night were the Wicked girls. The more subdued Katie Wise kicked off the night’s solos with one of the hardest and most glorious songs in all of musical theatre, “Defying Gravity”. Wicked is the piece that put all the other musicals on show at the Songs in the Key of Stephen concert to shame, as it always will, and “Defying Gravity” is the centrepiece of that phenomenal show. It’s sung all the time, generally by people who can’t hit those top notes or nail the character of “Wicked Witch” Elphaba. Wise did both those things superbly. She was later joined by Mindy Perlmutter- a ray of fantastic sunshine whose version of the kooky crowd-pleaser “Popular” was the best I’ve ever seen- to sing Wicked‘s cumulative tearjerker “For Good”. Wise and Perlmutter’s rendition rivaled the Chenoweth/Menzel original and was the highlight of the evening. Perlmutter, for her part, stood out as the brightest star of the large cast. Her immutable energy pulled focus (in a good way) even when she was far upstage and an indelible warmth marked her performance as Glinda to match her lovely soprano.

The winner of the unspoken war of little black dresses being waged amongst the women was Nadeau, with honourable fashionista mention to Perlmutter, though I’m sure I wasn’t supposed to be judging the dresses instead of the performances. But there just wasn’t much to nitpick in the performances. Encore Entertainment attracted an unprecedented amount of talent to their Schwartz/Sondheim showcase and that really made all the difference.