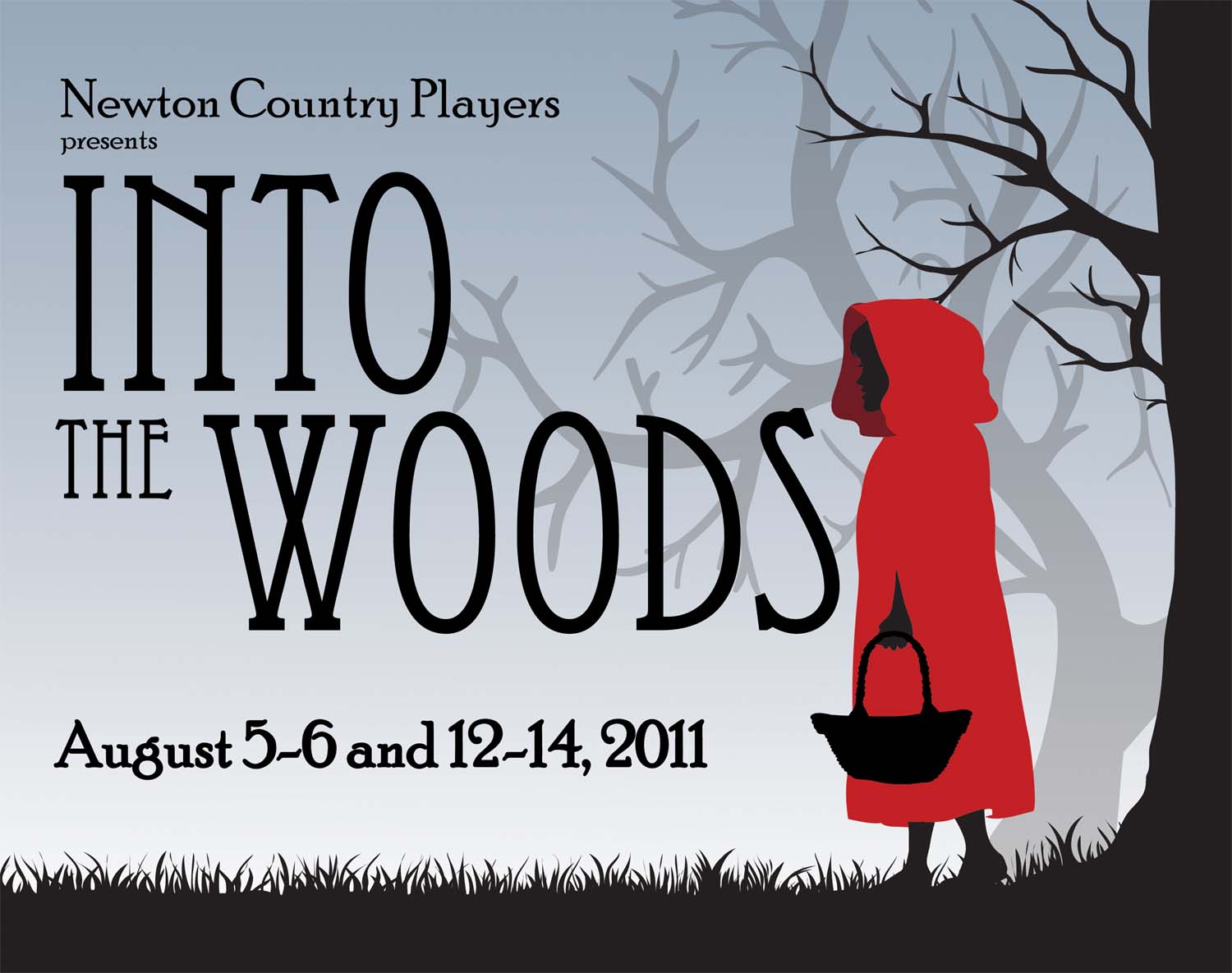 Into the Woods Isn’t Your Average Fairy Tale

I’ve argued with many friends about the purpose of theater; some people believe that theater is meant to tell a story and entertain, while others maintain that a performance is not complete without leaving the audience with some message or question to ponder later that night. I can think of no finer work to satisfy either group’s desires than Stephen Sondheim and James Lapine’s Into the Woods. In the hands of the Newton Country Players, the ambitious production featured an especially strong supporting cast, but lacked magic in its execution.

To create the complicated story, Sondheim and Lapine wove together four classic fairy tales (Rapunzel, Cinderella, Jack and the Beanstalk, and Little Red Riding Hood), while creating a fifth new story for the musical (The Baker and his Wife). Perhaps more than anything, Sondheim and Lapine questioned “What happens after ever after?”; what happens after we’ve fulfilled all of our wishes or what we think we desire? Director Laura Espy astutely mentions these questions in her director’s note, emphasizing the characters’ wishes as a focus of her production. Unfortunately, I had trouble rooting for some of the key characters in their pursuits.

Perhaps most notably, I couldn’t relate to Ben Sharton’s Baker; the role felt flat onstage and I couldn’t figure out if Sharton was showing restraint in his acting or if he was simply uncomfortable in the role. Heather Darrow’s Baker’s Wife provided excellent comedic relief and comfort in her role opposite Sharton; she really brought out the best in him, creating a dynamic chemistry- an essential element in this play that hinges on their relationship. Shalia Sakona’s Cinderella seemed equally uncomfortable in the first act, even struggling to engage in her scenes with Darrow, but perhaps it was the glass slippers. Luckily, Sakona slipped much more effectively into the role in act two where she gave a particularly poignant rendition of “No One is Alone”. While I wish she and Sharton had bonded more with Jack and Little Red during the song, their voices blended perfectly and they drew tears to my eyes.

I was quite confused with Cinderella’s Prince, and Rapunzel’s Prince, to a lesser extent, because of how they performed their roles. Brian Vaughn Martel’s take on Cinderella’s Prince was campy, for a lack of a better word, and his “Agony” looked rehearsed. I appreciated his style but felt disconnected because of it. Perhaps he drew his character from his line, “I was raised to be charming, not sincere”. The performance was quite captivating and charming, however, and I’m not sure if Rapunzel’s Prince (Jared Walsh) ever really rose to the level of his competition. But no matter what, their scenes are sure to draw much-needed laughter, even late in act two when the forest and tone of the musical has grown darker.

The shining performances in the show come from the supporting characters. Christine Kasparian defies expectations with an ingenious portrayal of the potentially-annoying Little Red Riding Hood. I’ve seen multiple productions of Into the Woods and I’ve never seen anyone come close to the nuances, hilarity and talent of Kasparian. She proved that an exceptional actress can excel in any role and I look forward to any future productions that choose to take a chance on Kasparian in an unlikely role.

Equally good, and perhaps even more surprising, was Julia Lipman as Jack’s Mother. She tackled the role with delightfully brash gusto and really knows how to captivate an audience’s attention. Her best scenes were with David Lucey’s Jack, whose convincing and youthful rendition of Jack, together with Lipman as his mom, became the best part of the opening. I generally have high expectations for the twelve-minute prologue and I’m not sure why I felt Friday night’s performance of the opening dragged, but luckily, Kasparian, Lipman and Lucey, and a spot-on attitude from Amy Oldenquist’s Lucinda, kept the pacing light and the humor high.

These strong performances couldn’t overcome the lack of magic, however, in the production’s technical aspects. While I realize that a community production can’t rival Broadway’s budgets, I’ve seen lots of practical but inventive solutions to Into the Wood’s technical issues. Without revealing of the show’s more clever plot twists to the readers who don’t know the show, I will merely warn others who may be more familiar with Into the Woods not to have high expectations for the more magical moments.

The tech in general was underwhelming. The lights seemed out of focus, especially on Rapunzel, and I felt that it never did justice to the wonderful set designed by Sarah Roth. Especially with a clear shift in tone for act two, the production’s tech didn’t even appear to try to address the dichotomy in the story telling between the fairy tales and “ever after”. With the exception, however, of a particularly gruesome and out-of-place Wolf costume, Allison Schmidt’s designs are stunning onstage, matching characters perfectly and establishing relationship among characters with colors and designs. Also, with the exception of Milky White (I’ll never like a constructed cow after seeing the Broadway revival), Heather Daley and Nicole Pavol did a remarkable job designing and implementing the numerous props necessary. They also introduced smart additions to the script to help further the develop the characters, including, but not limited to, Cinderella’s Prince’s flower.

Espy directed with a keen eye to stage pictures. As a director, she draws upon an impressive resume of dance and choreography experience and that was reflected in her production; this was one of the first productions I’ve seen with clear choreography for many ensemble and smaller group numbers. The dancing was impressive and imaginative, but I’m not sure it fits for Sondheim. I also felt that more time could have been spent developing the characters’ motivations within each scene. Some characters seemed lost in their acting tactics and some of the scenes seemed to stagnate or simply trudge along by depending only on the script’s words.

Into the Woods is an incredibly vocally demanding show and the cast impressively rose to the occasion. I commend Art Finstein’s musical direction because even with the wide range of vocal parts and the complexity of the score, most of the songs felt effortless. This accomplishment helped the show seem more professional than a typical community theatre production. I also need to acknowledge Susan Johnston’s Rapunzel; the girl could only sing the incredibly difficult role, but she also acted the role perfectly, especially opposite Kathleen Comber’s Witch. Their “Our Little World” and “Stay With Me” were the most touching and real renditions I’ve ever had the pleasure of watching.

The Newton Country Players drew a very experienced cast with many prior acting credits that speak to their talent and achievements. However, despite many wonderful things to like, I couldn’t help feel disconnected with the production in the end. I adore the ending of Into the Woods but I wasn’t moved while watching this version.

That said, The Newton Country Players have ultimately created a very successful interpretation: it delights audiences, challenges expectations, and exceeds the quality of many comparable community theatre productions.

The show continues on August 12 and 13 at 8pm and August 14 at 2pm at MassBay Community College in Wellesley, Massachusetts.

Don’t miss an opportunity to journey into the woods with an experienced, accomplished and passionate cast of some of the Greater Boston community’s finest performers. Go to the Woods!