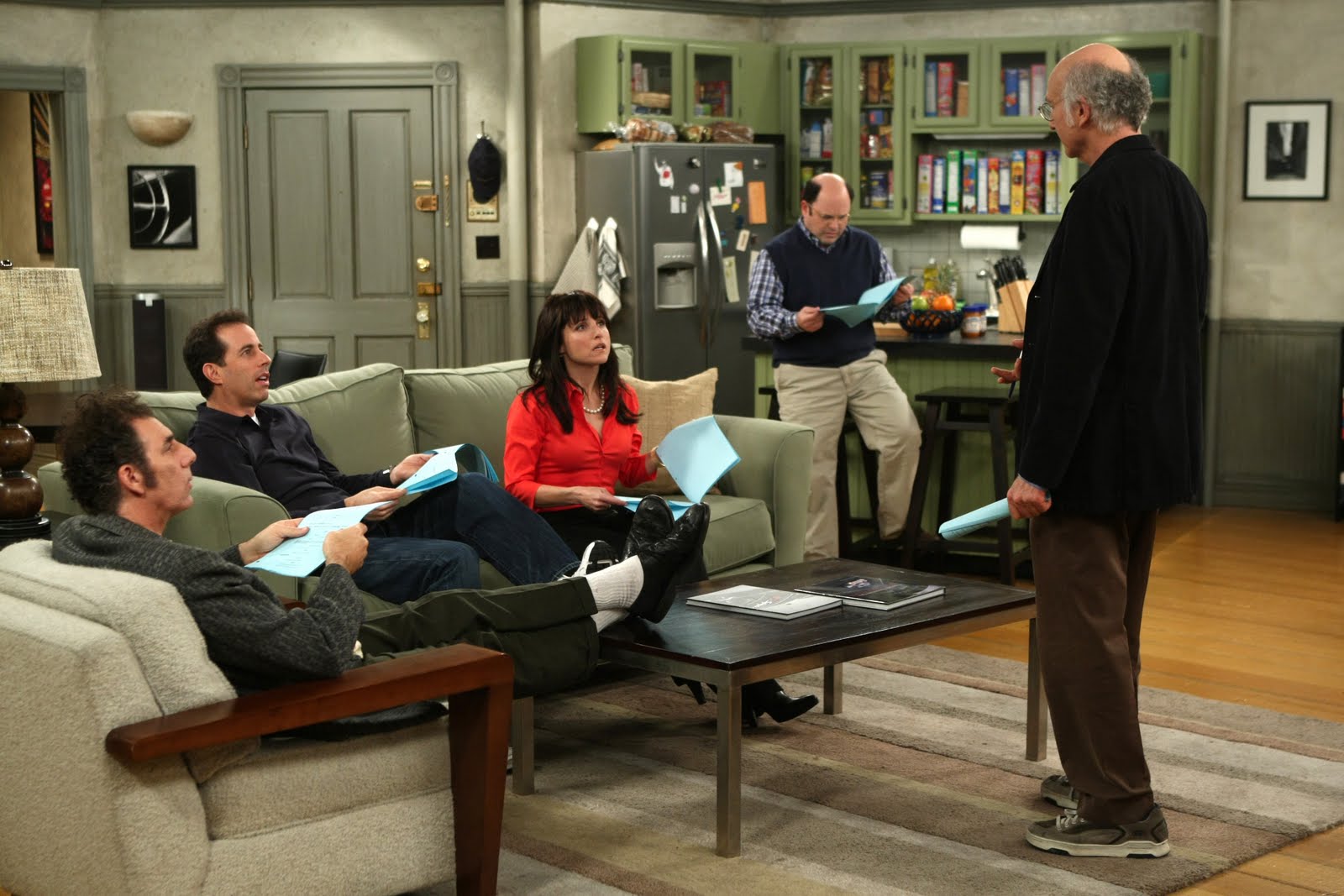 With entertainment stockpiles like Netflix, iTunes and Hulu Plus, television fanatics are losing entire weekends to binge viewings of an assortment of shows. Viewers are escaping to the lands of the Seven Kingdoms of Westeros, Agrestic or Dexter‘s Miami for forty-eight hour chunks as the real world shifts around them. The only major player that doesn’t seem to be partaking in this mega binge is the infamous Jerry Seinfeld. Other than DVD sales, this occasional recluse has chosen to only toss crumbs while others chum the waters.

Don’t get me wrong, Seinfeld’s sitcom airs daily and some networks still throw his 90s image on billboards in LA, but he’s marketed himself much more proportionally. On his personal website, he allows three half-minute clips to be aired per day from his previous routines on Carson, Merv Griffin or Letterman. The website also lists which three clips will be available the following day. Occasionally finding his way onto 30 Rock, SNL or Louie, the 58-year-old comedian has also recently signed a web series deal with Sony’s Crackle for an original show, Comedians in Cars Getting Coffee.

Slightly longer than his personal archives, this eleven-to-seventeen-minute show starts out with Seinfeld driving a classic car to pick-up a celebrity friend for coffee. Known for his Porsche collection, he gives a little spiel about each car before picking up a coffee buddy. Old friends like Larry David, Michael Richards, Carl Reiner, Mel Brooks, Brian Regan and Alec Baldwin appear in the first season, which is filmed in both Los Angeles and New York. “It’s kind of a new paradigm that we’re trying to create,” Seinfeld remarks in an interview with the New York Times. “I think we’re craving that little sandbox feeling we had when we started out.”

Gearing up for a second season of twenty-four episodes, the show is bringing something new to Crackle and fans of comedy in general. Seinfeld comments on the specific appeal this show has for “comedy geeks” who are “missing a little piece of the puzzle—the kind of idiotic relationships that we have that are a big part of this life.” The standup funny man first gave audiences a preview into his day-to-day life in 2002’s Comedian, which displayed Seinfeld’s method along with the ups and downs of newcomer Orny Adams.

Comedian delivers a look into the backstage life of being a standup comedian. Despite being one of the most successful comedians of all time, Seinfeld’s insecurities are brought out in a scene where Chris Rock talks about Bill Cosby doing a two hour and twenty minute routine without an intermission. Roger Ebert comments that Seinfeld “becomes very sad and thoughtful, like a karaoke star when Tony Bennett walks in.” While the film didn’t get amazing reviews, it does deliver an empathetic cloak to it’s viewers as it opens the door for Comedians in Cars Getting Coffee and Ricky Gervais’ Talking Funny on HBO.

Talking Funny gives an ESPN-style approach to standup comedy as Ricky Gervais, Jerry Seinfeld, Chris Rock and Louie CK chat for an hour on their bits, routines and craft. Unlike other shows, there is no moderator or host. Rather than having someone guide the conversation, this relaxed dialogue allows for each legendary comedian to simply talk shop and make each other laugh, inviting television viewers to do the same. There seems to be something unique about this special that makes spectators both desire and disdain becoming a standup comedian.

In the end, it’s clear that standup is completely pure in the sense that no one can fake it for an entire career. Comedy is both genuine and demanding. Beginners can get a laugh but they must work to make it a career. After one becomes infinitely famous, it doesn’t get any easier. Understanding these truths makes it a little more obvious why Seinfeld stays out of the spotlight until he’s ready to emerge. Other performers should take note and spend more time working behind the scenes than practicing on stage.