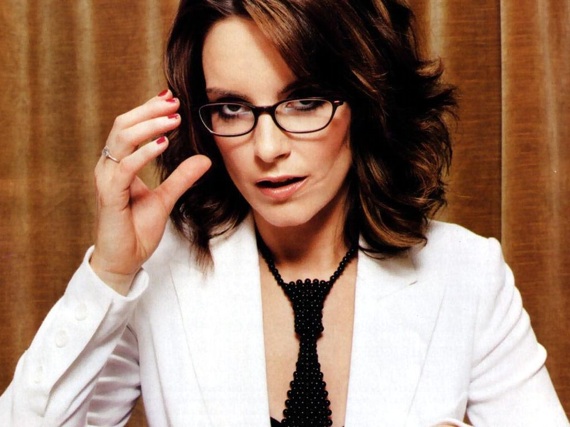 SNL’s return: Fey hits one out of the park

Fey was the perfect choice. She spent 9 years on the writing staff at SNL then served as not only a cast member but the first ever female head writer on the show. After leaving the show, she went on to pen and star in the hilarious hit “Mean Girls” before returning to NBC in the critically lauded and Emmy winning sitcom 30 Rock where she chronicles the life of her autobiographical character Liz Lemon as she writes for a late night sketch comedy show. She’s not only the coolest person alive, she’s a recognizable face, a brilliant writer, an outspoken and socially conscious career woman and a well-loved star. These factors made her one of the faces of the recent WGA strike that closed down 30 Rock, SNL and every other TV show and movie in Hollywood for more than 3 months.

So, who better to choose to host the first SNL back? She was the perfect choice.

and she didn’t disappoint.

from the hilarious “cashmere mafia”/”lipstick jungle” spoof “lady business” to Fey getting monologue tips from Steve Martin (one of SNL’s most beloved hosts) to the most spectacular weekend update in a VERY long time, Fey delivered a brilliant SNL to an audience who’d been waiting a long time for it.

below is the link to NBC.com where you can view all these clips and more. (if you’re in Canada you unfortunately can’t access the clips and NBC’s already stripped them from youtube– classic mismanagement if you ask me, but that’s a topic for another time)