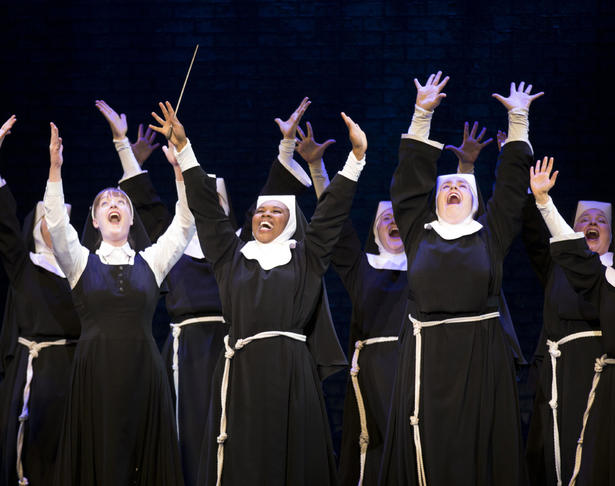 Okay people, I’m tired of this. It was cute for awhile, the making musicals out of hit movies thing,  but it’s gotten out of hand. If you’re going to do a Really good job (as I’m told was done with Once), fine, go ahead. If you’re trying to improve a dud/somewhat obscure movie (like Newsies or, even better, Hairspray)- again, make it happen, I’ll gladly see it (Newsies the musical is, for the record, Awesome). But Shrek? Was Shrek really something that needed to be a musical? The movie (at least the first movie) is Great; more than great,  it’s a benchmark in family filmmaking. It also, incidentally, has a killer soundtrack. This particular experiment, in my experience, has worked only twice when dealing with a beloved film (not a cult film,  an actually beloved film) and trying to make a musical out of it that is either close to as good or even better- Legally Blonde and The Lion King (not in that order). Beauty & The Beast is a pretty good musical but some of the magic gets lost when there’s a person dressed as a teapot instead of an actual singing teapot. The Lion King,  however,  is a spectacular feat of impossible theatre creation that forces the suspension of disbelief and carries the movie’s great songs (including its best, “Hakuna Matata”!) over while adding even more great ones (like “Shadowland”, “They Live in You” and “Endless Night”). Legally Blonde is just a clever interpretation that loses very little of its lovable story and characters in translation while adding fantastic songs (and some narrative oomph) to a movie not at all known for its songs.

Enter Sister Act. Oh boy, Why? At first glance, Sister Act might seem like a great choice to adapt into a musical- since it’s about music. But it’s not actually about music itself. It’s about finding your voice, which becomes less of a metaphor for freedom and joy and more about vocal technique if the nuns are singing their feelings from the first time we meet them (just not well).  Add to that the fact that not one of Sister’s Act’s iconic songs has made the jump to the stage (not even the classic wordplay masterpiece “My God”) and you’ve got a piece of theatre that on its own is not all that interesting but is a huge disappointment to fans just looking for the magic of the film. Half the charm of the original is Whoopi Goldberg’s snazzy take on Deloris (aka Sister Mary Clarence), and at least Broadway’s original Patina Miller brought her own attitude and dynamite vocals to the part. Ta’rea Campbell can barely keep up with the so-so music (which is shockingly composed by the great Alan Menken. Come on, sir, you’re so much better than this!). The show’s supposed show-stopper “Raise Your Voice” stops very little, but Sister Mary Robert comes through in the second act with “The Life I Never Led” and its rafters-shaking Reprise to save the day on the vocals and fabulousness front. She’s a standout character in a film with at least 4 standout characters,  but she’s the only real star here. That’s likely not the case on Broadway where Doloris has a bit more star power, but on the tour, the great Lael Van Keuren is beyond the breakout. I also enjoyed Jason Simon as smitten cop Ernie and a handful of the nuns (including Mary Jo McConnell filling in the role of Mary Lazarus), but that was about it from the overall weak ensemble.

Unadaptable nature of the original and quality of the touring production aside, Sister Act the musical has one major problem: it’s simply not as much fun as it should be. I was pretty hard on Bring it On the musical when it was in town, because it was atrociously written. But when push came to shove, at least that show was a good time (even if I was mostly laughing At it). Sister Act is dull and simple and, despite an overabundance of sequins, not all that sparkly. Whether it’s the good heart of Doloris, the enthusiasm of Sister Mary Patrick or the feel-good beat of the songs, there has to be something special about Sister Act beyond the basic weirdness of seeing nuns rock out. In this production, the only thing special is Sister Mary Robert, who admittedly does shine awfully bright.