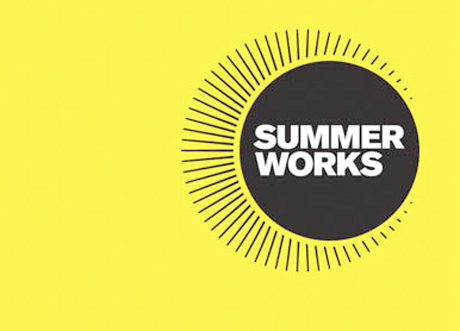 The Summerworks Festival is my one big regret of the summer, theatre-wise. After a disappointing Fringe, I was really looking forward to the juried, uniquely Torontonian festival. The lineup looked pretty good and I had my press pass all lined up but I simply dropped the ball. I saw only 6 productions over the course of the festival, and missed most of the well-lauded ones (life showed up- Soulpepper had some premieres, I had to see Stageworks’ Urinetown– you know the drill). Lorenzo’s already told you all about Ajax (por nobody) but here’s the lowdown on the other 5 things I managed to see, some of which were disappointing but a few of which were thrilling. (My very scientific grades are in parentheses beside each title).

Willow Bunch should have been better than it was. There’s no getting around that. Considering the talent involved (including multiple big company vets and Dora nominees) and the mystery conceit that makes it far easier to hook audiences than almost any genre, Willow Bunch could have been a hit. But it was just executed poorly. The writing is sloppy, the performances were all over the place and the story was just not interesting, or at least not as interesting as it could have been. The best in the cast was Matthew Edison who valiantly battled the predictability of his role as the uneducated and haunted town doctor and even managed to be mysterious and compelling enough at times to keep me interested. But then he left the stage and I was left still watching Willow Bunch.

Like Willow Bunch, Fierce Monsters had the potential to be pretty good. And it was much better than Willow Bunch. The script is not quite as bad but still pretty bad. It’s a fine story and it’s constructed well but the actual dialogue is cliché after cliché (I swear at one point “The Woman” definitely quoted Malcolm Reynolds. Not that he’s a bad person to quote. But this is frontier times, aint no TVs in frontier times). The saving grace of Fierce Monsters at Summerworks (aside from the fact that the story is actually decently interesting, if badly written) was the quality of the acting. When she wasn’t letting out high-pitched horror or intolerable whines, Laura Nordin was decent as The Girl (she was actually pretty good when she was being snarky) but Margaret Evans was really good as The Woman. Yes, designer Scott Penner made her play a cowgirl in mom jeans and she had some pretty dumb, repetitive lines to say, but Evans still managed a lot of depth, ferocity and general excellence even when the chips were stacked against her. I also really liked Gordon Miller as The Man (the only other person in the show). He was charming and alluring enough that when The Girl almost set him free you didn’t hold it against her and call her an idiot (or, at least, I didn’t, like I normally would have) but he was also incredibly threatening (worse when you put those things together- the charming and the threatening). I was actually scared for The Woman when he got free, which is a testament to Miller’s performance and nothing else. There was so much good in Fierce Monsters that it made me really sad that it wasn’t actually all that good.

The Frenzy of Queen Maeve (B)

This was the first Summerworks show I liked this year. I was swamped this month so didn’t actually get to see all that much stuff but I was really glad that I did get to see The Frenzy of Queen Maeve. It’s a great script (by Anthony MacMahon) with only a few flaws and tons of good character writing, funny quips and honest-to-god stakes. The leading lady Ewa Wolniczek ran the production like it was a one-woman show (which it absolutely could have been). Her Irish accent was close to perfect and she managed to be wryly funny and honestly complex beneath it (it sounds dumb but so often actors charged with a tricky accent can’t do the other stuff too- see everyone else in this play). Her two love interests were less perfect. James Aaron played upstanding and slightly condescending suitor William as an English prig who was more condescending than upstanding, meaning he nailed about half of the text. I was so enchanted with the script that I spent a lot of the play listening to the words and ignoring the performances (not completely, but if they got in the way of the words I certainly did) and lots of what Williams says I think should be played kinder, softer, and like he’s trying to be funny instead of just outwardly offensive. But I’m also that girl who fundamentally does not understand the “but this unreliable murderer bad boy makes my toes curl! I want him instead of the nice, sheltered, good job, potential good dad guy in the sweater” thing that lots of girls do. I don’t get it, I don’t want to get it. It’s a stupid instinct and if Asling just picked William in the first place this whole thing wouldn’t have been so tragic. Anyway, I digress, the other guy, Fionn, is played by Giacomo Gianiotti and he’s Literally In The IRA! Maybe if the chemistry between him and Wolniczek had been undeniably hot I would have bought her conundrum a bit more but I think the only thing that was in Fionn’s favour was that, as played, William wasn’t all that appealing either. The men were both a bit of a letdown, but otherwise Queen Maeve might have had my top grade for the festival.

A Thousand Words (B+)

A Thousand Words was Really Cool. It sort of played out like documentary theatre, which you know I don’t like, but since it was Summerworks-length and not being touted as life-changing like so many documentary theatre pieces, I was okay with it. Also, I think it was fiction, though I should probably go look that up so I don’t sound like an idiot *does not google, is on subway*. It’s basically this: Clinton Walker is an investigator looking into the case of two Canadian soldiers who died in Afghanistan then were featured in photos on a blog that showed them trafficking marijuana. It was an interesting-enough subject played out well as written and directed by Chris Hanratty and performer by Walker, Byron Abalos (conflicted and defensive as a fellow soldier), Lindsey Clark (particularly good as the manipulative but remorseful blogger who posted the photos) and Shira Leuchter (as the wife of one of the deceased and accused soldiers). The conclusions reached by the play were not groundbreaking (or even all that convincing considering a major plotpoint surrounded the photoshopping of Clark into a photo of Leuchter and Abalos’s characters in bed. Photoshopping that wasn’t very good). However, the point was made hauntingly and inarguably when three audience members were deleted from a photo Walker took at the beginning of the show. As one of the deleted people, it was pointed out to me that were I on trial for murder and my attendance at A Thousand Words was my alibi, I wouldn’t be able to prove I was there. Sure, I could prove I remembered the show and had a torn ticket stub and maybe knew I was sitting next to my friend Sam at the time, but I wasn’t in the photo and I most certainly would be in trouble for it. A Thousands Words was interesting and well executed throughout with an ending that packed a punch, making it one of the best things I saw this Summerworks.

I heard a lot about Big Plans before I saw it. I heard it was the breakout hit of Summerworks. And it was. It was fascinating and innovative and executed to perfection. But it wasn’t flawless- it meandered a bit and, at 100 minutes, it was way too long. And the character of the mother (played by Leni Parker) didn’t add as much as she’s supposed to. Those are all my complaints. Otherwise, it was brilliant. I hated sitting for that long in Hub 14- a weird empty room at the top of some rickety stairs off Queen St. set with a table, a bathtub, a fridge, a hotplate and a ring of chairs for “witnesses”- it was stiflingly hot and at times inspired nausea, but the further we got into the play and the hotter it got the more interesting that feature was. Gordon- who started out calm, cool and collected- started to sweat as the situation got more intense and the surroundings heated up (including the hot plate, glowing forebodingly red at the edge of the action). By the end of the play he was soaked through and falling apart. Big Plans requires a tour de force from both the actors playing Gordon and Henry and as unpleasant as it was for the audience to sit in that room, the surroundings made the performances more visceral and definitely more impressive (and it’s not as if the experience of Big Plans was ever going to be pleasant). Jeremy Taylor’s script is thrillingly unique and smartly constructed and Tanner Harvey’s direction matched it as cleverly claustrophobic. Andy Trithardt’s sound design added the last terrifying touch to the technical side of things and did more for tone than almost anything else. Speaking of Andy Trithardt… oh, no, wait, first I’ll say that Karl Graboshas was a cerebral and intriguing Henry. I never quite understood him but accepted that something that made Henry so lonely and so fragile was that no one ever quite understood him. It was a quiet, solemn and nervously apologetic performance that would have been considered standout if it weren’t for…  Okay, Andy Trithardt time! Brilliant. Just Brilliant. Gordon is one helluva role and… just wow. I loved Trithardt last year as the brainy-adorable Arbiter in Zugzwang (my favourite production of the ’11 festival) and it’s the same qualities that made him lovable and funny there that made him utterly terrifying in Big Plans. “He’s handsome, he’s charming, he’s jovial, he’s unassuming, he’s eloquent, he’s well put together (wearing a baby blue cardigan, no less), he’s friendly as he welcomes ‘witnesses’ and hands out programs, he’s calm as he sets up for his impending visitor (folding napkins, lighting candles, adjusting the ketchup that sits menacingly on the table), he’s nice… oh wait, he’s cutting Henry’s penis off with a carving knife!” I wanted to trust him and knew I shouldn’t- there are few things more unnerving. Long story full of adjectives short, Trithardt’s performance was mesmerizing (he didn’t win the festival’s best actor prize, but my god he should have; not that I saw everything else, but still). Big Plans at Summerworks was terrifying and affecting and haunting for lots of reasons but Andy Trithardt made it the best thing I saw all festival.