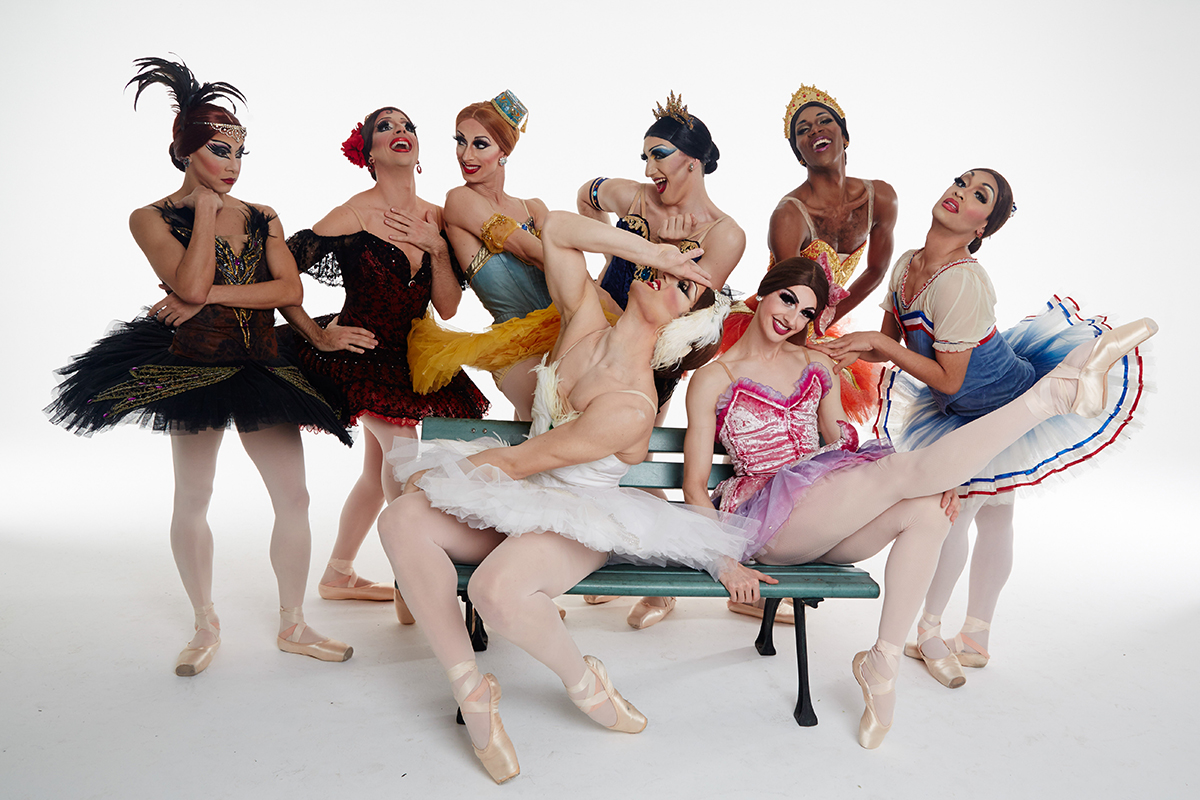 Les Ballets Trockadero has returned once more to Toronto, and we couldn’t be more excited. The crowd was a varied wonder on March 8, ranging from eager children, to professional dancers, to drag artists, and everyone in between. I had been one of those children growing up- ever since I saw my first Ballet Trockadero piece on YouTube (the ever-hilarious dying swan), I was hooked. Les Ballets Trockadero find the perfect way to meld humour into classical ballet in a way that does not debase the art. It lifts it, lightens it, and still manages to praise its beauty. Les Ballet Trockadero was founded in 1974 for just that purpose; performing a parody of traditional ballet, not a criticism. Its performances continue to enchant world-wide, and we welcome them back anytime with open arms.

One of the wonderful tidbits from the evening that struck me was how totally wonderful and hilarious the dancers were able to be onstage. In an art form with no speaking, they were so fluent and clear. The men in drag and pointe shoes were matched in comedic style by the men in drag dressed as men. One of my favourite moments was when Duane Gosa, dancing Prince Siegfried, performed his solo piece. It was a hilarious moment of silence and frustration, and left the audience howling. It was also interesting to see the pure power of men dancing en pointe. Skilled, no doubt, and with such a whirlwind of power. They are able to put on the waif-like personas needed to dance the roles of various fainting maidens, but there was no doubt as to their masculinity as they wound up like tightened springs when performing pirouettes or leaps circling the stage.

The dancers of Les Ballets Trockadero are all wonderful, hilarious, and brave. It must make such a fun and passionate community of dancers to create shows such as these. Each dancer shines both in comedy and technique. While the technical level is undoubtedly not that of the National Ballet, they are still highly successful dancers. The amount of control these queens exert is stunning, and part of what brought such beauty to the evening. And as beauty goes, it was such fun to be graced by Ru Paul’s Drag Race contestant local queen Brooke Lynn Hytes. Overall, Les Ballet Trockadero de Monte Carlo gave me an evening to remember. It was beautiful, vivacious, hilarious, and fun. It was full of sneaky in-jokes from the ballet world, and I couldn’t be more pleased. I will be making this show a must-see for every time they are in town.