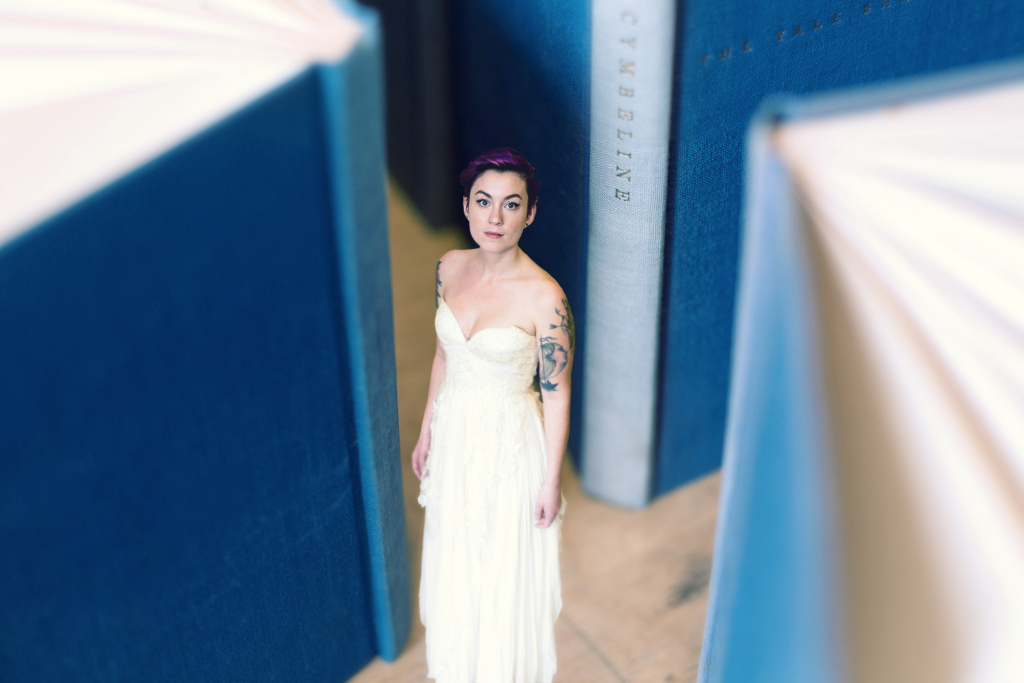 A few days before going to see Shakespeare BASH’d’s production of Cymbeline, an article title flashed before my eyes as I scrolled through my Facebook feed, “Can Shakespeare still surprise?” Coincidentally, the post had come from Shakespeare BASH’d’s Facebook page, and as I was just about to watch the show, I chose to bypass the article. The article title stayed with me though and as I sat down, at the Junction City Music Hall, it was still bouncing around my head.

The answer, simply, is yes. Of course Shakespeare’s plays still have the possibility to surprise us but in order for audiences to still be surprised, the viewpoint we choose to present these pieces from needs to be shifted. Shakespeare BASH’d does this beautifully, with a refreshing, surprising and new perspective for audiences to delight in. It is a modern fairy tale that the audience is thrust into, however the princess is not hopelessly waiting for a prince. Instead, we have the resolute and courageous heroine Innogen (played unflinchingly by Catherine Rainville). Innogen is not the only strong-willed woman in Cymbeline. Melanie Leon and Déjah Dixon-Green, as Guiderius and Arviragus respectively, portray their characters with a grace, and a poise, that at several points made me think of the strong women I have in my life.

For me, this caused the male characters to seem, while passionate and vulnerable, far less reasonable in their actions. They tend to flip-flop on their resolve or jump between emotional extremes. This leads to several funny moments, whether it is a battle of wits between Iachimo (Daniel Briere) and Posthumous Leonatus (Jesse Nerenberg) or Cloten’s (Emilio Vieira) bone-headed nature. The entire cast is strong, making your heart ache one moment and causing you to laugh out loud the next. There are some instances, due to the energy brought to the piece, where words fall by the wayside and there is a marginal dip in clarity.

There is always something that Innogen has to work against: Cloten and Iachimo’s dogged and unwanted pursuit of her, Posthumous’ weak trust or Cymbeline’s (David Mackett), stubbornness. Through it all Innogen persists, and we wade through the “muck”, as Julia Nish-Lapidus refers to it in her director’s note, with her. Cymbeline is equal parts hilarious and moving. From start to finish it is engaging. It may already be sold out but it is well worth the effort to show up early and hope you can be squeezed into the audience.