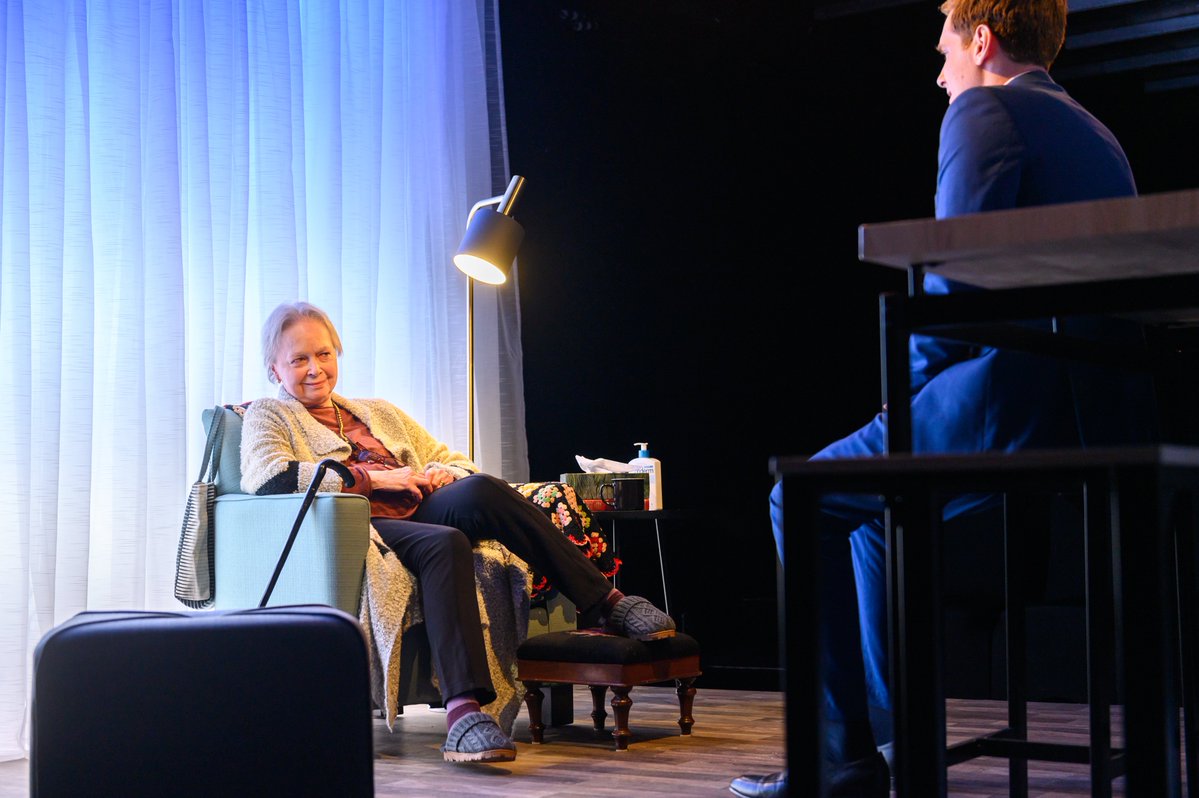 What do you get when you combine sharply written dialogue, deft direction and an all-star ensemble? Coal Mine Theatre’s production of Marjorie Prime. In 90 minutes, I was taken on a journey that challenged the way I perceived the world around me, my relationships and my ideals.

For me, it was Nick Blais’ lighting design that first drew me into the world. The manner in which the lights rose at the top of the show was so gentle and yet there was also this feeling of mystery that came along with it. It immediately grabbed my attention and made me invested in the world that was being created around me. It is a world that mirrors our own, set in the not too distant future, perhaps foreshadowing what we can expect to see and experience. Technology has made advancements and offers new possibilities. Marjorie Prime focuses on a family trying to navigate these advances in technology and what this means for their lives. There is an unmistakeable Black Mirror feel to the show. I actually think it’s more effective than the television show because the audience is, essentially, right in the action. This intimacy heightens the rawness of the performances and allows the tension of the piece to fully land on the audience.

I loved the choice made by the director, Stewart Arnott, to have certain characters sit off to the side of the stage, close to the audience, when they were not engaged in the immediate action. They were still tuned in to the action of the play and for me, it made me feel as if I was one of these characters, observing what was occurring on stage, trying to soak up everything. The entire ensemble gives impassioned performances and you can see them feed off each other’s energy. Martha Henry, who plays Marjorie, is sensational. One moment, she is witty, sarcastic, frail and the next, she exudes a quiet grace. She is just intensely watchable. The rest of the cast bring their best to the production as well. Tess, Marjorie’s daughter (Sarah Dodd) and Jon, Tess’ husband (Beau Dixon), share several beautiful moments. Some are heartbreaking, some are tender, and some are hilarious. All of them are played pitch perfectly. Gordon Hecht rounds out the cast as Walter. He too has several moments throughout the play that struck me. His presence at the start of the play in particular gave off this strange and eerie feeling that only served to draw me into the story and become more invested in the story of this family.

It is clear that a great deal of work has been done to mine the text; to find the deeper meanings and smaller moments. I could watch this show several times and discover new things each viewing. Marjorie Prime is high quality Toronto theatre. It will challenge you, it will get you thinking and it will most definitely stay with you.