Patrick Combs’ Cash Me If You Can 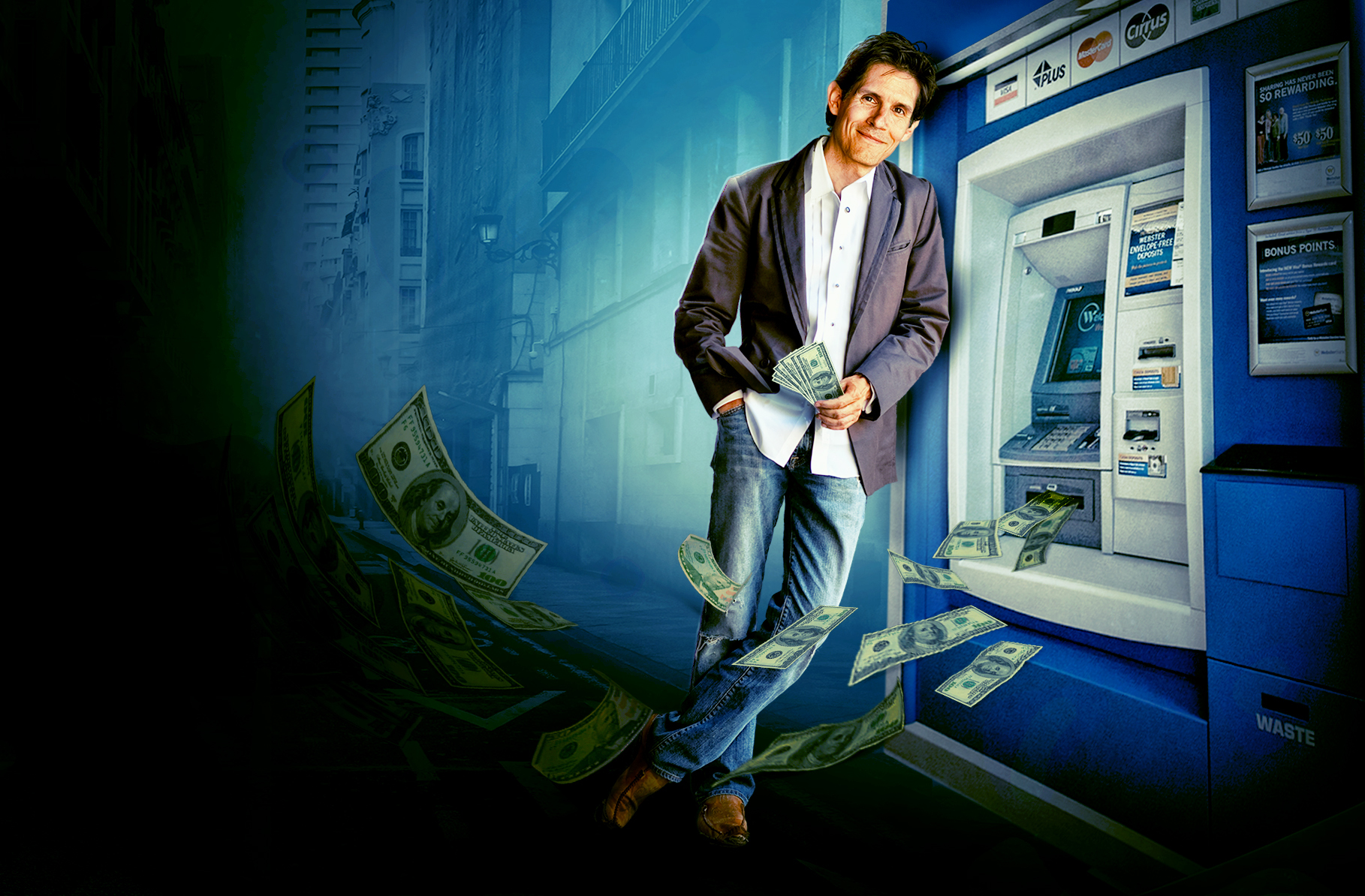 We all love a David and Goliath story, and Patrick Combs’ is a good one. In 1995, he received a cheque for $95,093.35 from a junk mailing scheme. Broke in San Francisco, he thought he would try to cash it as a joke. To Combs’ astonishment, the cheque deposited, and he soon became the bank’s public enemy number one.

In Cash Me If You Can, we hear the story directly from the horse’s mouth. Patrick Combs details every twist and turn with great comic timing and an infectious energy. This one-man show is a lot of fun.

Combs is a very engaging guy, and you can tell he’s worked hard at drawing every bit of tension and comedy that he can. Despite having told his story thousands of times, there is nothing stale about the way he tells it. Even the intricacies of banking law are brought to life.

Despite being alone on stage, Combs brings in a wide array of other characters – like his family members and bank security men on the phone. One in particular, Wally, is a teller at the same bank who sends Combs insider information and tells him to stick it to the man. Combs imagines Wally as a hippie over the phone, turning a pretty dull conversation into a nice comedic cameo.

The stage seemed a little big for one person, but the production uses this to its advantage. With a big screen illustrating key moments in the story, Combs moves around the stage to mirror the stress he’s feeling about all of this money that’s fallen onto his lap.

On one side we have his living room, where a few simple props like his phone are used cleverly. Combs for example, rips a page off his calendar for each day that passes, which becomes a key factor in his struggle with the bank.

The show is not all plain sailing. Matinees can be more difficult for performers and he stuttered a little at the start, eating a few of his words. In the second half, the various conversations and little fun tangents that were once charming did make the play drag a little, when the plot was supposed to be speeding up. It has the feel of a fringe show and would work better as a tighter hour without an interval, instead of its 90-minute run time.

All that being said, Patrick Combs has an amazing gift at turning the mundane into something very special. A junk mail cheque became a 25-year career as a performer – one which has taken him all around the world and is still going strong.

And the story’s theme, with an average member of the public going against a massive bank, has certainly not gone out of fashion. As Combs remarks at various points through the play: “money talks.”