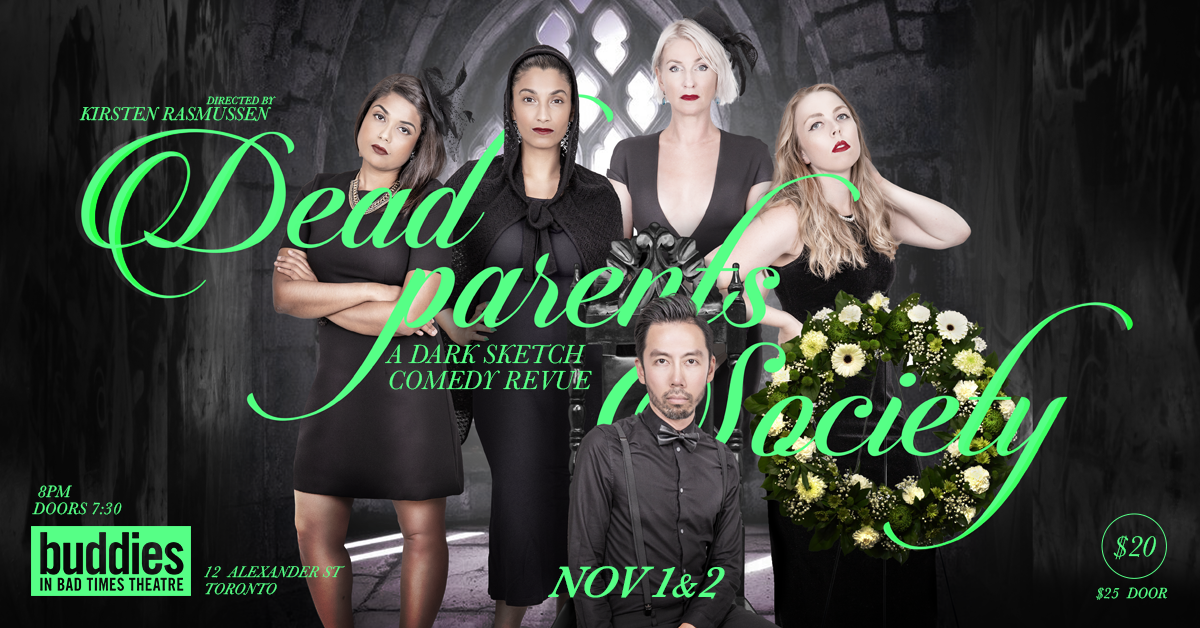 Usually the premise for a comedy troupe is quaint, maybe a little quizzical. Dead Parents Society answers your first question right away and rejoices in how uncomfortable it makes you. Its members all lost a parent at a young age and combine to give a portrait of grief that’s darkly, uniquely comic and all the more touching because of it.

The increasingly popular questions over how much relevant life experience is needed to inhabit a role are thrown into sharp relief here. It wouldn’t sit right for people with loving and living parents to dance around singing about their funerals but this revue doesn’t lean on the weight of their grief. Some of the best characters are oblivious to the cruelty of grief – King Chiu’s endearing chatterbox whose wittering can’t drown out his date’s internal monologue, or Shohana Sharmin’s brilliantly excruciating HR rep. Anne McMaster’s Grief Fairy revels in that cruelty, inflicting and reminding her unfortunate victims of it at every opportunity and providing welcome continuity between a range of sketches.

People who grieve are just people – their pain may force them to wear it but many spend most of their time trying to interact with the world normally even with a brave face as a mask. All the members are skilled and empathetic performers who would seem just as at home bringing some fantasy to life but their experiences make them convincing in their roles even if you were somehow oblivious to their background – and knowing the context makes it all the more powerful.

It’s hard to know who this was for – and it would be awfully rude to ask. If you haven’t suffered that loss, the show won’t have the same significance; if you have, it’s tough to recommend something that may be highly talented at reviving that trauma. Though its individual meaning will vary widely, the audience as a whole seemed satisfied – and understood. As for the troupe themselves, while some have had many years to process their loss, this kind of performance is a unique medium for working through the complicated feelings that everyone else assumes a loss is meant to leave. This seemed cathartic for them, too.