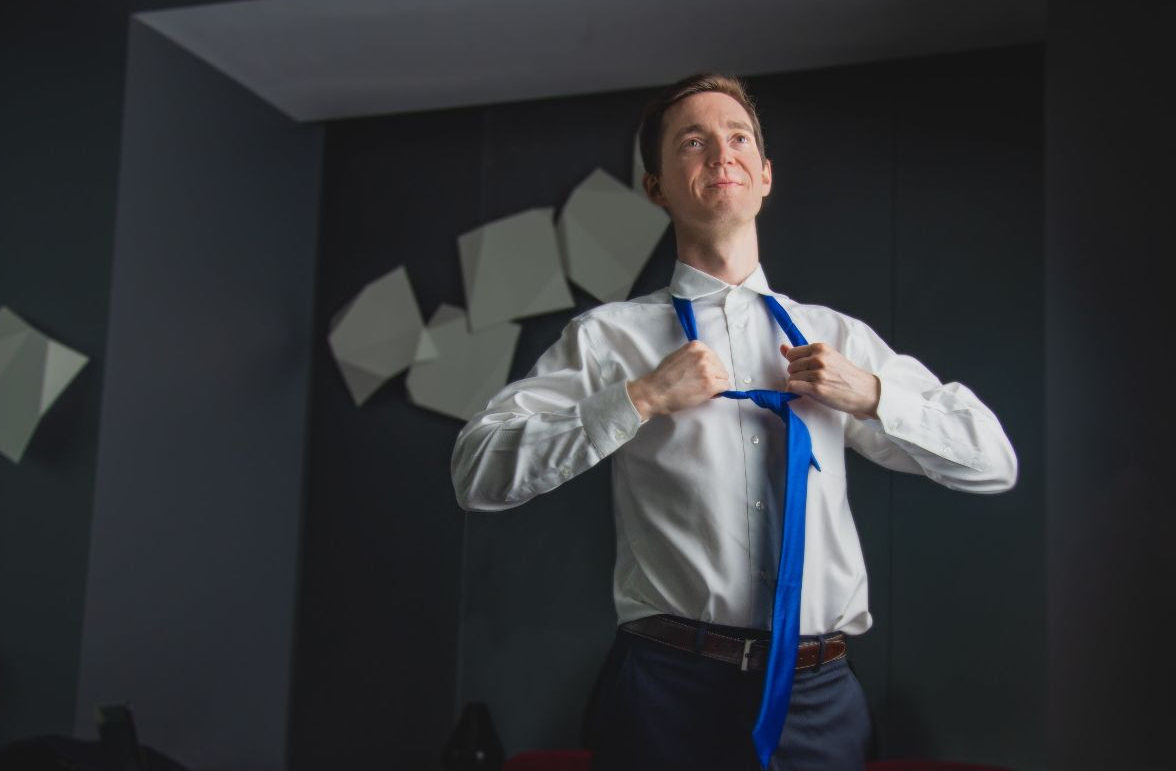 The Rise and Fall of Dataman

Award-winning comedian Ian McIntyre blends the relatable and the absurd in his new revue, The Rise and Fall of Dataman, running for two nights at The Bad Dog Theatre. In a series of sketches, directed by Kirsten Rasmussen, he recounts life as a 9-5 paper pusher with an exuberance and expressiveness that contrast sharply with the monotony of corporate culture – a one-man Office Space.

McIntyre has cashed in his cubicle for an even smaller, minimalist surface, but one that allows him a lot more freedom. If it’s easy to picture him as the corporate drone, it’s not just because he’s a strong performer – though he is, and it’s clear that this is a better place for him. There are no props here – just one man and his microphone, doing his best to command the audience’s attention. Music is used well as a prompt and springboard, with the one exception of a song parody that extends the ‘white guy rapping’ challenge to two dimensions while facing the usual problems of song parodies (everything about them) and feeling out of place even among the snappy variety of the other sketches.

At around an hour, McIntyre’s show delivers a full experience without overstaying its welcome; the audience standing for an ovation on the first night wasn’t just keen to stretch their legs.