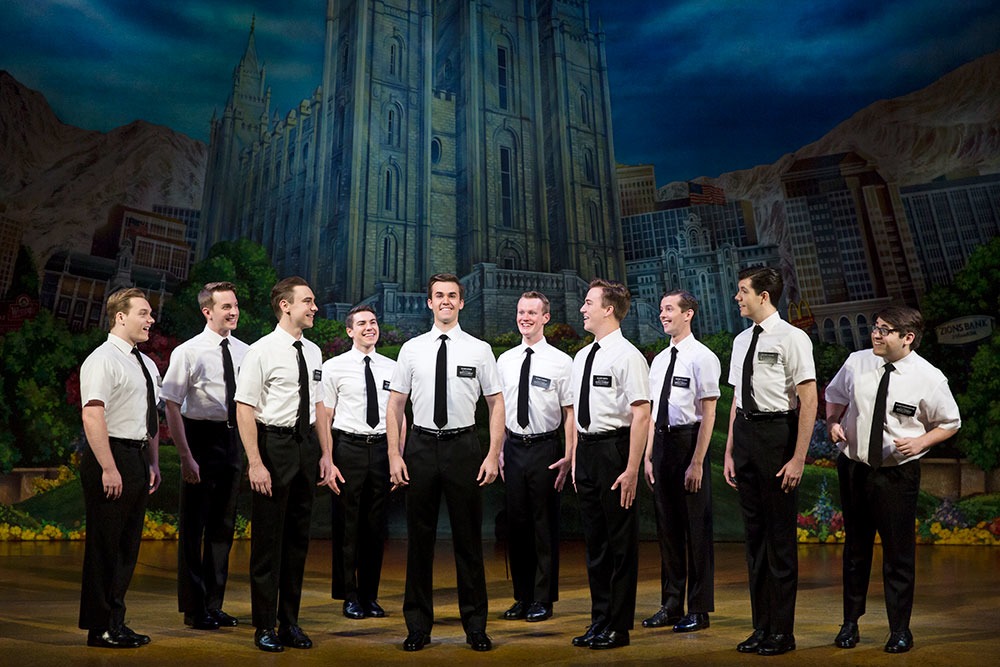 On Tour to TO: The Book of Mormon

The Book of Mormon has returned to Toronto, and thank Heavenly Father it has! A hit since the beginning, the show has traveled to Toronto a few times and always packs an audience in. The deliciously sacrilegious show first opened in 2011 after years of development. It still feels fresh and poignant, with some interpreted lines of dialogue to keep it feeling recent. With so much development in social progress in the past ten years, I was pleased to note that Mormon doesn’t feel dated. That said, the fact that the social issues the show raises (such as racism, poverty and disease, and racial-tourism) still have a modern foothold leaves the thoughtful viewer a little demoralized for the lack of meaningful change. Trey Parker, Matt Stone, and Robert Lozen (directors, authors, and musical directors of the show) are masters of satire. The audience enjoys Mormon so much due to its hilarity, yes, but also due to the creative way that these creators give the audience credit for them to analyze and examine problems the script raises.

The current iteration of the cast of The Book of Mormon is lively and exciting. The young men playing the various “Elders” forming the ensemble really give it their all. Playing multiple characters, they have so many moments of humour, both wacky and subtle, and they throw down in the dance moments. There are many cheeky pieces, but they all require so much energy, and the ensemble hits them full-out. I was impressed by the Ensemble, the mark of a successful show. I was also drawn in by Andy Huntington Jones (Elder McKinley) and Kayla Pecchioni (Nabulungi). Huntington Jones has such a great energy onstage, beautiful acting work with both face and physicality, and had the audience laughing harder than they ever likely thought they would at a musical. Pecchioni plays a lovely Nabulungi, full of charisma and hope. She especially stands out in a brief solo she sings, wracked with passion and hurt.

In all, The Book of Mormon impresses, and there are no glaring gaps where the performers or directors fell short. The script is tight and witty, the sets are engaging, and all performers onstage give strong performances. There still must be a warning of some turbulent subject matter and (extremely) coarse language, but what is art for if not to push boundaries? Everyone with any interest in comedy, music, religion, or satire who hasn’t seen The Book of Mormon should get their tushies out to the Ed Mirvish theatre. This show is not one to be missed!