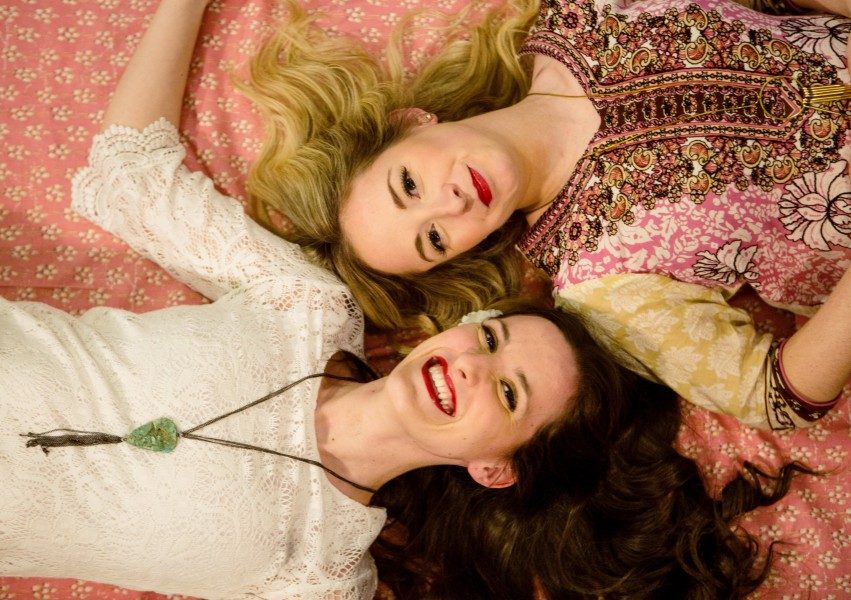 Theatre company Shakespeare BASH’d “is an actor initiative that… produces Shakespeare’s plays in social settings”, “with simple staging, clear and sympathetic language, and an emphasis on the text and actors telling the story”. (This is all cribbed from their program.) They stage their work in pubs and bars, in the round, and have progressively gotten better at doing so, over twenty productions; I’ve seen several of their Fringe productions over the years, and outside of that festival, and their current production of As You Like It, in a limited (and already sold out, though they have at-the-door wait lists) run this week at the Junction City Music Hall, is their most deft and amusing I’ve seen to date.

The venue goes a fair way to selling the intimate experience BASH’d is going for; the hall’s low underground ceiling, cozy booths, and wood paneling everywhere doesn’t need much dressing for the Forest of Arden’s rustic setting. Also helping enhance the overall experience is the enchanting musical duo of Hilary Adams and Kaleb Horn, who I was much surprised to discover post-show are not (yet?) a band outside of this show. Their stringed instruments (plus voices and harmonica) at times are a subtle enhancing accompaniment to scenes, and at other times the focus.

As You Like It is, foremost amongst its qualities, a show of pairings; romantic, of course (nearly every character is matched by the show’s conclusion), but also of friendships, of young and old, of pessimist and optimist, of family (despite the show’s many characters, all the family members are duos), and yes, musical duets.

The linchpin for many of these is Hallie Seline’s plucky Rosalind, or Ganymede when she’s disguised in male garb. At the start of the show, and for the most part throughout, she’s accompanied by her best friend Celia (Jade Douris), who’s wry but steadfast; when Rosalind is banished by Celia’s paranoid father Duke Frederick (a brittle Daniel Briere, who also presents as the aging hippie Duke Senior in the Forest of Arden), she initially doubts Celia will follow through on her promise to join her in exile. Douris’ short speech affirming her faithful friendship is one of the show’s more poignant moments.

Rosalind’s romantic interest, the bold dispossessed noble Orlando (Justin Mullen), may be a love at first sight scenario, but the two really start to spark when they meet in the Forest, and she’s disguised. And yet, Seline’s best pairing may be with the fickle Phoebe (Brittany Kay), who due to director Drew O’Hara’s smart edits to the meandering plot, doesn’t appear as a named character until after the intermission. Seline and Kay are offstage friends (they’re both editors of the theatre blog In The Green Room), and most recently co-starred in The Wolves, which just won Outstanding Production at the My Entertainment World Critic’s Pick Awards. As Rosalind tries her best to fend off the amorous shepherdess, the actors’ exceptional timing together makes their scenes a highlight.

Some of these pairings, like Robertson and Thompson, are gender swapped; others are same sex and queer. The production as a whole is female-centric; Touchstone and Jacques, for instance, are considered two of Shakespeare’s most plum comedic roles. That’s a good thing for a body of work that has precious few strong roles for women by today’s standards, and O’Hara and associate director Bailey Green have incorporated these changes with a perceived minimum of changes to the original text, “to synthesize the traditional with the modern” (another pull quote from the program).

Really, Shakespeare BASH’d’s biggest problem with this show is one most indie companies would be glad to have. The week’s run sold out before Tuesday’s opening, and there’s just a few at-the-door rush tickets for each performance. How to get more people in on the experience? Staging in a larger venue or purpose-built theatre might ruin the intimacy of their stagings; longer runs might be impossible with the gifted casts they now attract. In any event—the show’s well worth lining up for, and if by chance they can’t squeeze you in, the 7pm start time (note that!) means you’ll have time to get to a back up 8pm show elsewhere, like Leroy Street Theatre’s C’Mon Angie, or Tarragon Theatre’s Old Stock: A Refugee Love Story. Bonne chance!