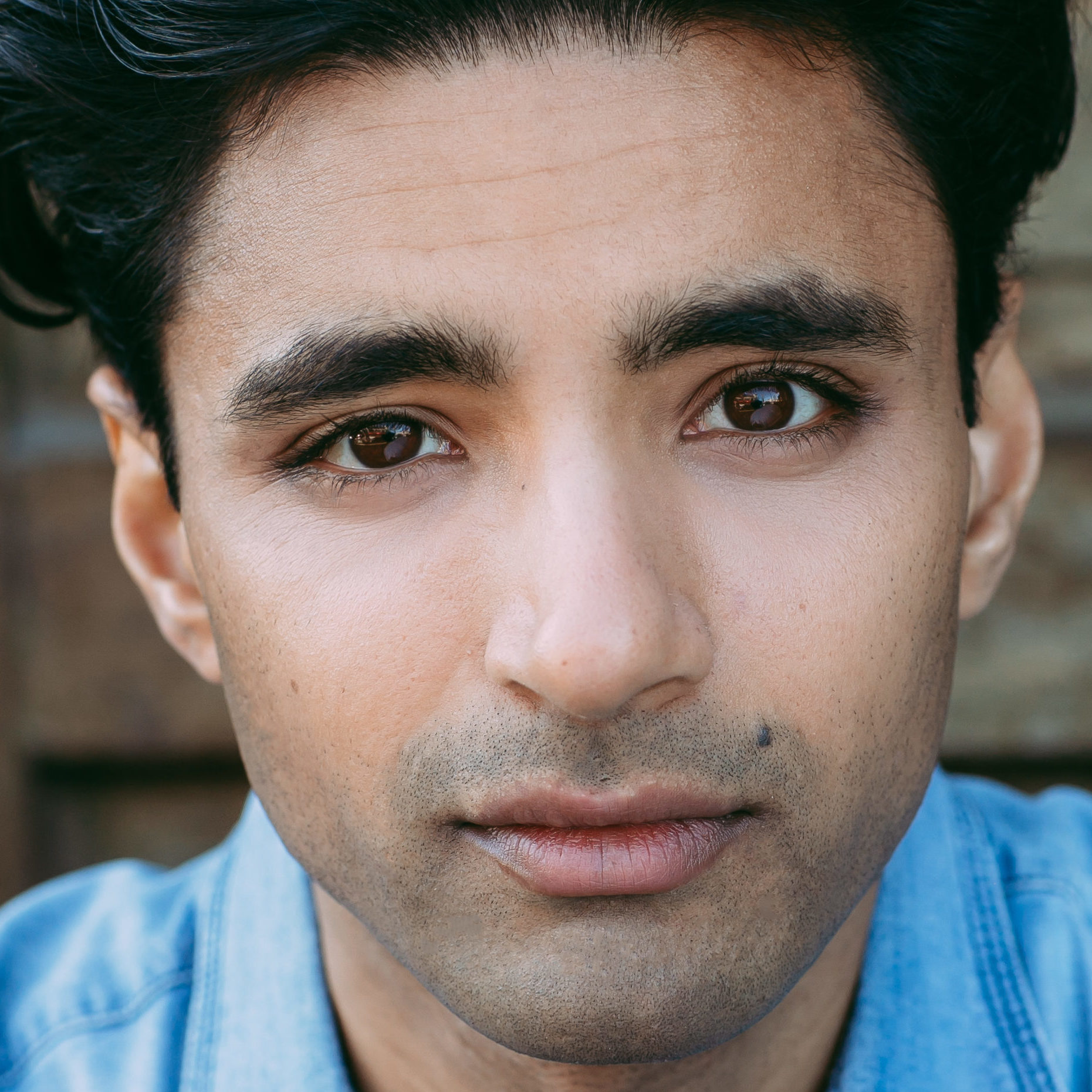 Outstanding Supporting Performance in a Play nominee Shawn Ahmed was so good in The Orchard (After Chekhov) that I couldn’t wait until the end of the play to tell as many people as possible; I tweeted about him at intermission. In Serena Parmar’s BC-set interpretation of The Cherry Orchard, which had its world premiere at The Shaw Festival last summer, Shawn took on the role of academic revolutionary Peter, railing against hypocrisy and corruption with rousing intellectual speeches without losing sight of the emotional core that gave the character his fight.

We last spoke to you for the 2014 Nominee Interview Series about Romeo & (her) Juliet. What are some of the highlights of what you’ve been up to since then?
Oh jeez. That was so long ago! It was around then that I started taking myself a lot more seriously as a writer. I co-founded a company, Crazy Shirt Productions, with fellow artist and drinking companion Scott Leaver. We managed to pull the wool over the eyes of some producers at Bell Fibe TV1 and they greenlit three different digital series for us. Most recently, Fare Trade, where we also partnered with Bunz Trading Zone. As an actor I’ve been really fortunate to continue to gig in the film and TV world . Some of my faves were The Expanse, Slasher,Rogue, and MsLabelled.

How did you get involved with The Orchard?
General Audition. Go figure. I almost didn’t go but Tim Carroll said he would bring in 10 actors at a time for an hour and work with them. I was intrigued. I ended up getting a call within an hour of leaving the general asking if I could come cold read The Orchard the next day. The rest is history.

How familiar were you with Chekhov’s original version of The Cherry Orchard? Did you return to the original at all in your preparations for Peter or did you treat The Orchard as an entirely new piece?
Familiar but not well. I read it the night before I went in to cold read some scenes. After I got cast, I decided I didn’t want to look at it at all. Except… at the end of Act 1, Peter says “Goodnight. My morning star. My springtime.” and I always felt uncomfortable saying that line. So, I fast forwarded through the movie to that part to see how another actor delivered that line… It didn’t help.

The playwright Sarena Parmar was in the ensemble with you. How did having the writer in the room influence the rehearsal process? Did the play change much on its way to opening night?
The upside of having Sarena in the room is that we got to continue to grow the show all the way up until opening. The downside of having Sarena in the room is that if you bring chips to rehearsal, the second she hears the “pop” of the bag opening she’ll casually saunter on over as if she wants to talk about the show, when really she has nefarious intentions.

One of the great appeals of The Orchard was that it showcased a cultural perspective that’s rarely seen at places like the Shaw. Did you hear any particularly memorable reactions from audience members seeing themselves represented onstage for the first time?
We had tons of young actors who were bowled over by the fact that there were people that looked like them on stage but weren’t speaking with funny accents. I remember when I was starting out I worked really hard on my various “brown accents” because I knew I needed them handy if I was going to work. It’s nice to be a part of the change.

What was your favourite moment in the piece?
There’s a part during Peter’s speech where I call out “left-leaning liberals” for their hypocrisy and watch as the audience realizes I’m talking about them. I enjoyed watching them squirm in their seats. Sorry not sorry.

What are you working on now/next?
I came out west after Shaw to get a foothold in the TV market out here. Just finished a couple of episodes on the Freeform series Siren and have a really fun role in Jordan Peele’s upcoming reboot of The Twilight Zone.

Do you have anything you’d like to add?
Only that I really enjoyed my time with the cast and crew of The Orchard. I fully acknowledge that this show is not everybody’s cup of tea. We had people cheering and hollering in the audience and people sitting back with they arms crossed scoffing at us. I wouldn’t want to walk through the fire with any other group.