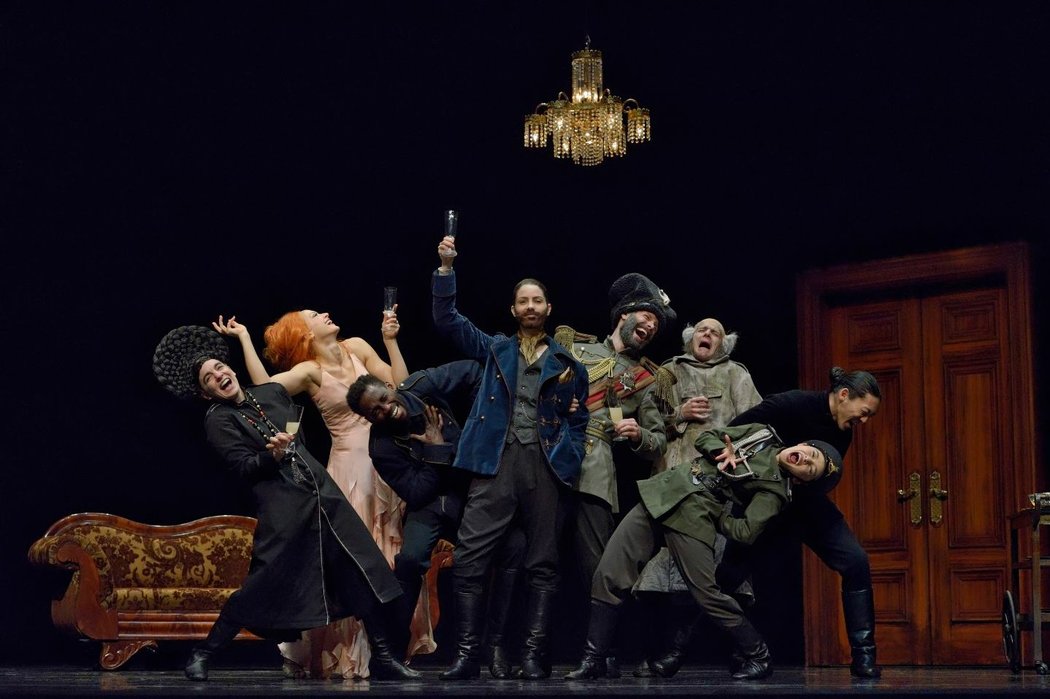 Choreographer Crystal Pite’s work is always deeply thrilling—her ability to bring an audience into a transformed alternate reality is her trademark. In Revisor, her second collaboration with writer Jonathon Young, we are witness to a darkly surreal world that is presented to us both as farce and warning. Revisor is a militaristic period fantasy, heavy on the sartorial whimsey, a Lemony Snicket-esq romp through mistaken identity and political corruption.

The source story comes with its own lengthy history and lore: Revisor reimagines Nikolai Gogol’s mid 19th-century Russian play The Government Inspector (1836). Pite and Young draw on Gogol’s assertion that his widely popular work was misinterpreted as a crude farce about a low ranking official being mistaken for someone well above his rank, while the true intent of his work was a social justice critique of tyrannical abuse. Pite and Young’s work explores the tension between the artist’s intent and popular reading, seeking the soul of the work that lives within this “well-worn farce about corruption and deceit”.

The second half of this 90 minute, no intermission, production dismantles the artifice established during the first. The dancers recreate the sequences performed in the first half, but this time donning plain dance clothes and set to a text describing the details of the dancers movements, interactions and intent as they are being performed. The scene design (Jay Gower Taylor and Tom Visser) remains dark and alienating, as what originally seemed a comedy of errors descends into a more desperate and depraved manipulation of power and situation.

The conclusion sees the performers return to their stylised costumes (Nancy Bryant) but maintain the discomfort of the truths which had been revealed in their stripped down state.