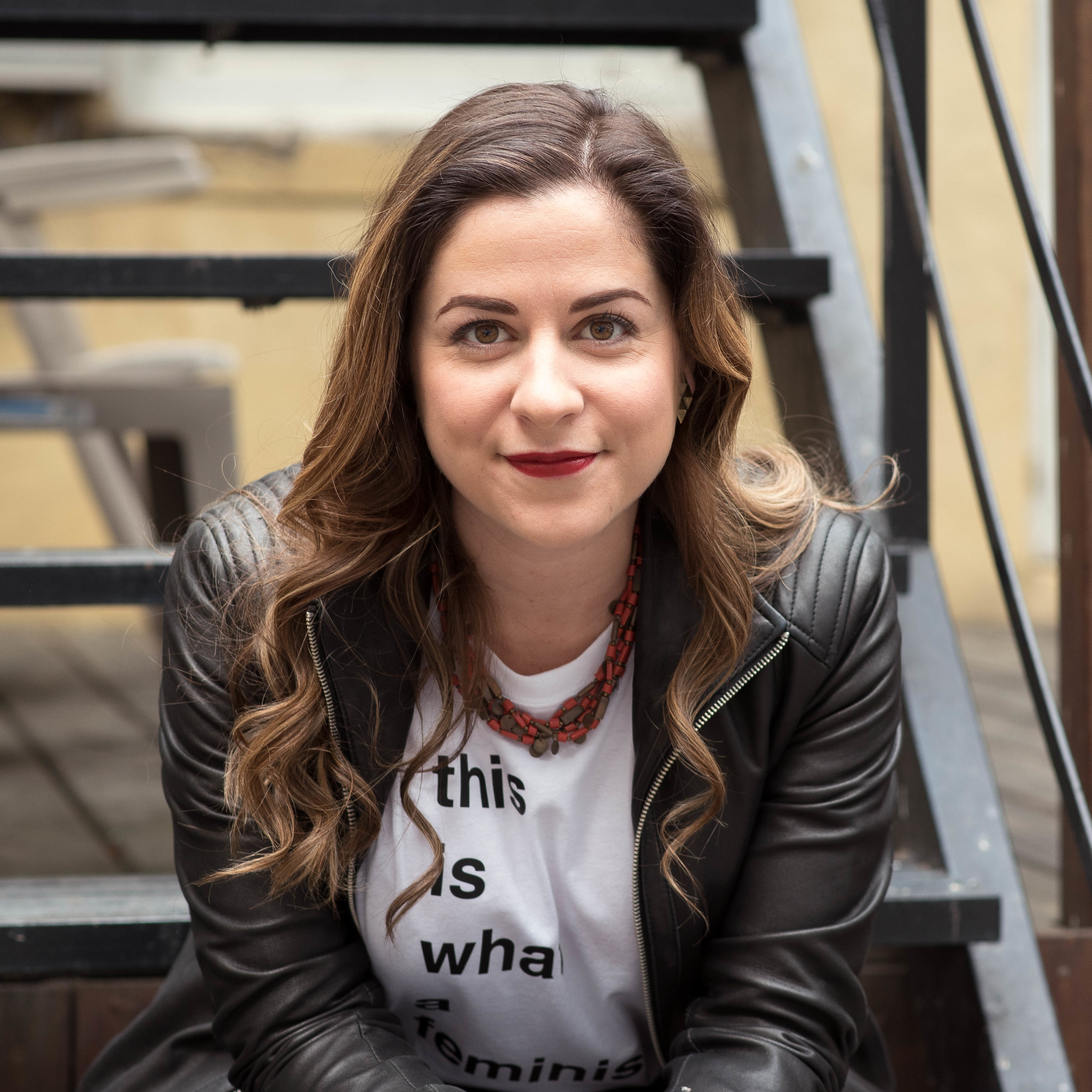 Producer/performer Lauren MacKinlay not only gave a nomination-worthy performance in local playwright Michael Ross Albert’s The Grass is Greenest at the Houston Astrodome  at Freedom Factory Gallery as part of the Toronto Fringe’s site-specific programming, she was the driving force in making the play happen at all. As lead producer, she was the behind-the-scenes MVP of the project and in her Outstanding Supporting Performance in a Play– nominated role of exhausted administrator Amy, she stole the show onstage as well.

Can you remember your first experience with theatre?
I was 9 years old and my family went to see Joseph and the Amazing Technicolor Dreamcoat. It starred Donny f*cking Osmond and blew my mind.

When did you know you wanted to be an actor?
For the longest time, I didn’t know it was an option – I thought stage people and film people were different from regular people. Then a community theatre group in Sarnia (where I grew up) put on a production of Joseph and that’s when it clicked. I saw people I knew up there on stage and realized, “Oh, I could do that, too.” Man, that bible musical was a game changer.

What’s your favourite role you’ve ever performed?
Allison in the stage adaptation of Trainspotting.

Do you have a dream role you’d still like to play one day?
I’m very much involved in producing these days, so most of my dream projects relate to that aspect of my career. As far as acting goes, however, I will always harbor the desire to be the DA or ADA on some incarnation of Law & Order. Legal jargon is my ASMR.

How did you get involved with The Grass is Greenest at the Houston Astrodome?
I’ve known Michael [Ross Albert] and loved his writing for years. Grass had been in my back pocket since I used an Amy monologue for an audition awhile back, and it always surprised me that it hadn’t been produced in Toronto yet. Michael suggested I apply to the site-specific stream of the Toronto Fringe and luckily, we got in!

You were working with a standout ensemble (including fellow nominee Richard Young). What insights can you give us into the rehearsal process with them?
Our stage manager, Jane Honek, did a wonderful job cobbling together a rehearsal schedule that worked with all of our busy lives. We started a couple months out and, personally, I was grateful for the extra time. After primarily producing for so long, I was excited to get back on stage, but was also incredibly nervous and out of practice. I really owe a lot to our director, Robert Motum, for his guidance, vision, and clear communication, and to each of my fellow castmates for going above and beyond in helping me essentially ‘relearn’ how to act. Anne van Leeuwen is just dynamite; working with her is like a masterclass in acting every day. Adrian Rebucas is the epitome of generosity and was such a strong collaborator to lean on and learn from. Carson Pinch was easily the funniest person in the room and kept things pacey, punchy, and positive. And of course, there’s a reason why Richard Young was also nominated, and it’s because he is one of the most disciplined, professional, and engaging actors I know. He’s going to win this, right? God I hope so, we made him wear such a boring outfit, he deserves it.

Playwright Michael Ross Albert is notoriously hands-off. Did you speak with him at all about the character either during the process or after he saw the finished product?
He and I talked a lot about the show before it was accepted into the Toronto Fringe; we talked about the themes, the characters, and how it fit into the current cultural climate in Toronto. I had always identified with Amy’s journey from artist to administrator, and I certainly got his insight into her arc. Once we got into rehearsals though, I very much looked to Robert and my castmates for leadership and for ways to play off our specific relationship dynamics.

What are you working on now/next?
I work for Sphere Media Plus, an award-winning Canadian television production company, and will be Supervising Producer on our upcoming one-hour medical drama TRANSPLANT for CTV and NBC Universal. Beyond that, I have a few personal projects that I’m developing including a feature film and an original digital series.

Do you have anything you’d like to add?
I’m going to be honest, it was really scary going back to performance after so many years behind the scenes. I felt like a fraud, like I didn’t deserve to be there anymore, and there were a few times that I seriously thought I should leave for the good of the play. But I’m glad I worked through the doubt, because being able to crack back open my vulnerable acting heart was so worth it and to have the work recognized with a nod from My Ent World is beyond humbling. So I just wanted to express gratitude to the people I worked with, to the audiences who saw the show, and to My Ent World for validating this risk and welcoming me back. It means so much.