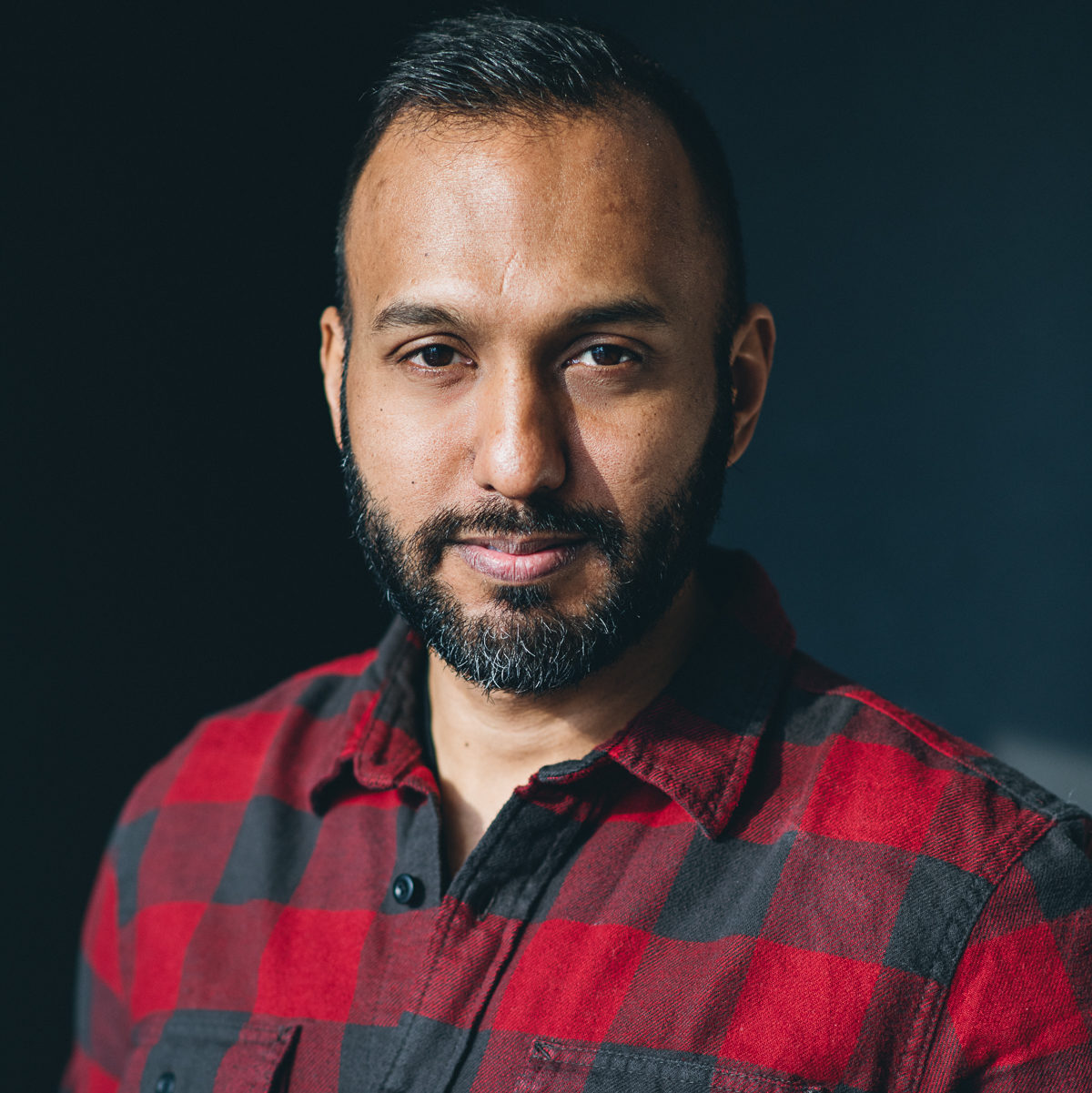 Richard Young is an actor/screenwriter known for his work in film and television (Taken, Kim’s Convenience, The Strain) but it was his standout performance in a site-specific play at last summer’s Toronto Fringe that earned him his Outstanding Supporting Performance in a Play nomination. In the strong ensemble of High Park Productions’ The Grass is Greenest at the Houston Astrodome, Richard shone as an art world outsider whose late-play entrance brings all the secrets to the surface.

When did you know you wanted to be an actor?
I’ve always had an artistic spirit, but since I wasn’t raised around the arts I spent years being unable to articulate it or suppressing it. So I studied engineering in university, then switched to psychology, then did an MBA and worked in marketing, all while “trying this acting hobby” in student/community theatre. I finally quit the civilian life and pursued my passion, enrolling in Humber’s Film & Television acting program… alongside students a decade my junior.

Can you remember your first experience with theatre?
Not my first, but to illustrate how disconnected I was from the arts yet still in awe of it in my formative years, in high school I saw a Shaw festival play for a grade nine field trip. It was still weird for me to watch live theatre, but I was in awe of the show. During the after-show talkback, in front of the entire audience I naively asked the cast, “So…do you get paid for this?” They weren’t impressed.

What’s your favourite role you’ve ever performed?
John in Grass Is Greenest is definitely up there. I enjoyed playing Rik in Interview, a two-hander film that goes from a job interview to a confrontation about privilege. Great script and crew, great scene partner in Charles Ebbs, and such a rich role. Oh, and I’m thankful for the Tylenol commercial where I played a nerdy bank teller makin’ it rain because it made me look cooler than I ever could be.

Do you have a dream role you’d still like to play one day?
I would love to perform in a diverse-cast production of George F. Walker’s The End of Civilization, myself playing Henry. I think the play’s message of exposing the lie of a “just society”, that working hard and following the rules won’t always lead to reward, is more relevant today with increased wage disparities and gig economies. And besides wanting the production’s cast to look like the Toronto I live in, I think diverse folks would relate to the play’s themes on a visceral level. Also, Henry goes from frustrated unemployed suburbanite to delusional serial killer…who wouldn’t want to play that role?

How did you get involved with The Grass is Greenest at the Houston Astrodome?
Actor/producer Lauren MacKinlay and director Robert Motum offered the role of John to me. I read the play and knew it was something special; it’s funny, smart and heartbreaking. Then my girlfriend read it and said: You HAVE to do this play.

I love John who, much like myself, came to arts later in life. Although I’ve found success in this field, because of my past business career and left-brained nature, I often feel removed from fellow artists who fostered their passion since they were young. I always have a little bit of doubt, whispering that since I wasn’t “born” an artist, I can never truly be one. And that’s who I think John is, the engineer struggling to use art to find himself.

You were working with a standout ensemble (including fellow nominee Lauren MacKinlay). What insights can you give us into the rehearsal process with them?
It was a joy to work with a cast and crew where everyone was professional, talented, and all-around lovely. It’s a testament to actor/producer Lauren’s ability to recruit good people.

Besides that, I think what made the play stand out was simply discipline and organization. All of our personal schedules were hectic, but we started rehearsals two months before the play went up, doing them about 2-3 times a week. It gave us the time to really sit with our characters, work through and discover moments, and have Robert guide us to his vision, all while we could juggle our other commitments.

Let me also gush about Lauren. During the production, you could see her acting and producing chops on full display. Not only did she embody “Amy” amazingly, but the rehearsal process was smooth and the promotion campaign was well organized.

Playwright Michael Ross Albert is notoriously hands-off. Did you speak with him at all about the character either during the process or after he saw the finished product?
I didn’t find him to be hands-off; I thought he was a funny, professional writer who was open to balancing his vision of the play with the director’s. He was there during our first rehearsals and attended a number of our shows (all while he was premiering another of his plays at the same Fringe festival). Robert and I discussed my character’s backstory and arc during rehearsals, and if we couldn’t find our answers in the text, we would ask Michael for input.

What are you working on now/next?
On stage, I’ll be in Calgary performing in the Alberta Theatre Projects’ production of The New Canadian Curling Club, going up Mar. 5 to 23 2019.

Additionally, a short film I wrote entitled Maternal will screen at the Toronto Black Film Festival on Feb. 17th . Fun fact, actor extraordinaire Khadijah Roberts-Abdullah was nominated for an ACTRA Toronto Award for her performance in this film!