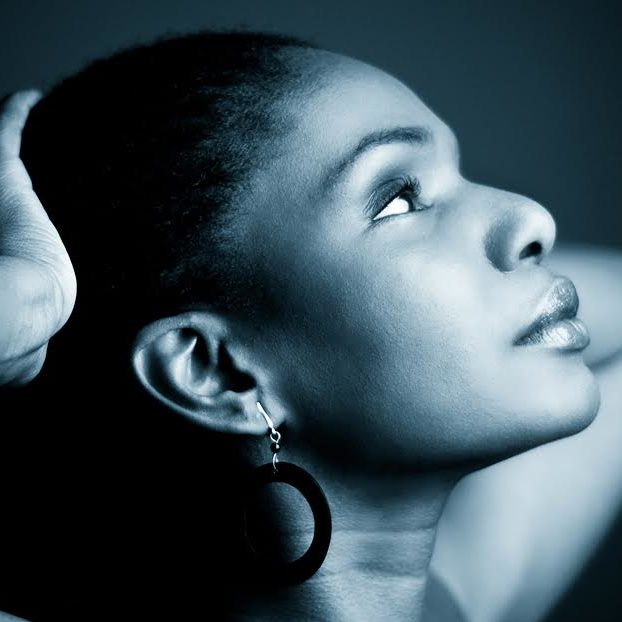 A&R Angels was an interesting, yet very flawed production that left me questioning a lot of the decisions behind it. However, the performance by our guest today, Ngozi Paul, stood out as worth talking about and celebrating (with an Outstanding Supporting Actress nomination). If I never see another play by the writers, directors, or anyone else involved, I would go see something with her.

Can you remember your first experience with theatre?
I actually can remember my first experience in theater. My mother used to take me to go see the annual Shriners performance and there was sweet popcorn and I remember they had this trick I guess where they use blue lights and I thought it was absolutely magical. I must have been like 3 or 4 years old but I was really blown away by the magic. My mother was a teacher so she also would take me to Young People’s Theater or to see the World Stage at Habourfront. I always used to picture being on stage and playing with the actors. When I was in grade 6 I was invited to join a drama enrichment by my teacher. It meant I got to miss class, so theater was always a magical getaway for me.

You’re probably best known for da Kink in my Hair. What stands out most in your memory from that experience?
What I love about da Kink is that I started working on that show as a Fringe show and we worked on the show for a really long time together, really collectively in a beautiful spirit of creation. We did the show rehearsing on street corners with handmade props with literally shoe strings and it was great continuing to watch the show evolve and just allowing the power of story to take on many different forms.   It was great working on that show from Fringe all the way to creating the television show and still maintaining what I feel was the heart of the show and being able to work with your friends and within the community. That’s something I’m really passionate about, da Kink allowed me and continues to allow me to do that. Many of the rituals and processes that I learned working on that over the years I learnt doing da Kink. You know Weyni, dbi young, Raven… Ordena and Trey, we grew up together.

This is your third nomination from My Entertainment World, after New Work & Solo Performance for 2015’s The Emancipation of Ms. Lovely. Tell us a little about that show and how it came to be.
With The Emancipation of Ms Lovely, I don’t even really know where to start. Well, I was working on the 1st Time Project which is a documentary play which is about women’s sexuality and it was d’bi young who challenged me saying that if I was going to be asking women to talk about their first sexual experiences, that I would have to be willing to examine my own experiences. I worked with her and studied with her in the early days of her amazing method Sorplusi. Emancipation is about a Canadian Caribbean woman, pop culture, sexual objectification and hopefully flipping the gaze of “Othering” with the story of Sara Baartman as the crone, the ancestor. 2015 was the SummerWorks show. Last year (2017) I was able to do a very short run at Crows in the studio space with Waleed and DJ L’Oqenz. I am looking forward to doing the show again soon. There is so much more I want to do. That was a really beautiful experience. Such a great team, again everything for me worth doing is collaborative work. We were nominated for 6 Doras and won 2. I was genuinely blown away by that because I still want to work on it… I guess that’s how you feel. You can always go deeper. I can’t wait to do it again.

How did you get involved with A&R Angels?
Well I actually I love working with Crow’s Theater. I have worked with Chris Abraham before and Chris called me and asked me to meet with him about the show. When I read for the show, Kevin was there and that’s about it…there was a nice spark in the room when we read together. When I first read the script I really responded to the spirit of the art and the story, and to Her.

There seemed to be a lot of real emotion poured into it. Did you channel any personal experience into those moments?
Oh, thank you. Yes, there was a lot of emotion in it and feeling empty too I guess. Yes, it was a tough part to play. Every night I said a prayer (I usually do that). I think that a lot of people feel alone and hopeless and sad depressed even and I wanted to honor all the different people who feel that way, certainly including myself. I want to let them know they are not alone. I’ve felt that way, I have lost friends to suicide and depression. I wanted to honor them and let my heart break for them and love that part of myself too by trying to not be afraid of it.

Tell us about working with Kevin Drew and Benjamin Kowalewicz.
That was a wild and beautiful experience. It was a whole new element watching the guys really transform from rock stars into open-hearted vulnerable, funny, fun actors. It was really funny how stressed they were about learning lines. Kevin came straight from being on tour into rehearsals so that was a big shift and transition for him but he was so committed to actually going there. and Ben is just one of the kindest most considerate amazing people that you ever want to meet so it was a great balance. Lots of hard work and I mean lots of hard work and a very short period of time, for everyone, but it was really gratifying to be a part of that transformation and it turned into a very special sacred experience.

Were you a fan of either Broken Social Scene or Billy Talent prior to this?
No I can’t really say that I was. But I am now. I just fell in love with those fellas.

How did you feel about being the only female cast member?
This isn’t the first time that I have been the only female cast member. I feel a responsibilty in those cases to be even more present and to advocate even more for the feminine. I was never the only woman in the room creatively, though. The design team and production team had many brilliant women who were always present. So I never felt like I was the only woman there. Also, Kevin was always sensitive to that as well.

How was your experience with Crow’s Theatre?
I really love working at Crow’s. They take great care of their artists. The leadership there is so stellar. Everyone goes above and beyond.

Did you have a favourite moment in the production?
When I got to ask if Maurice was God? Graham… he cracked me up every night.

Listening to Ben pour his heart out. Oh, and when Kevin and I closed our eyes together. We had to find ourselves within each other. It was beautiful. That experience opened me up. Which is what you want, to open up and keeping unfolding.

What are you working on now/next?
I’m doing Love and Information at Canadian Stage in the spring starting April 12th. Then I’m in The Assembly, a crazy documentary play about polarized opinions that premiers at Crows in the fall.

Ohhhh and my new play The 1st Time Project that I just did a reading of as part of Crow’s documentary playwrights unit. I can’t wait to share that with everyone. “It’s time for the sexual revolution to be revisited.” The play focuses on intergenerational and intercultural conversations exploring women’s relationship with sexuality from culture to culture and from one generation to the next. That’s the play Emancipation came out of.

Is there anything you’d like to add?
Just thank you to My Entertainment World for the nomination. And really thank you to everyone who worked on this play Kevin for writing, Chris for inviting me to be a part of it, and really the whole community for coming out. It was great the way this play brought so many new people to the theatre. This was an experience where I really felt that theatre won. I hope we get to do it again… I think we might. Even if we get together and do it in one of our apartments. Love wins.