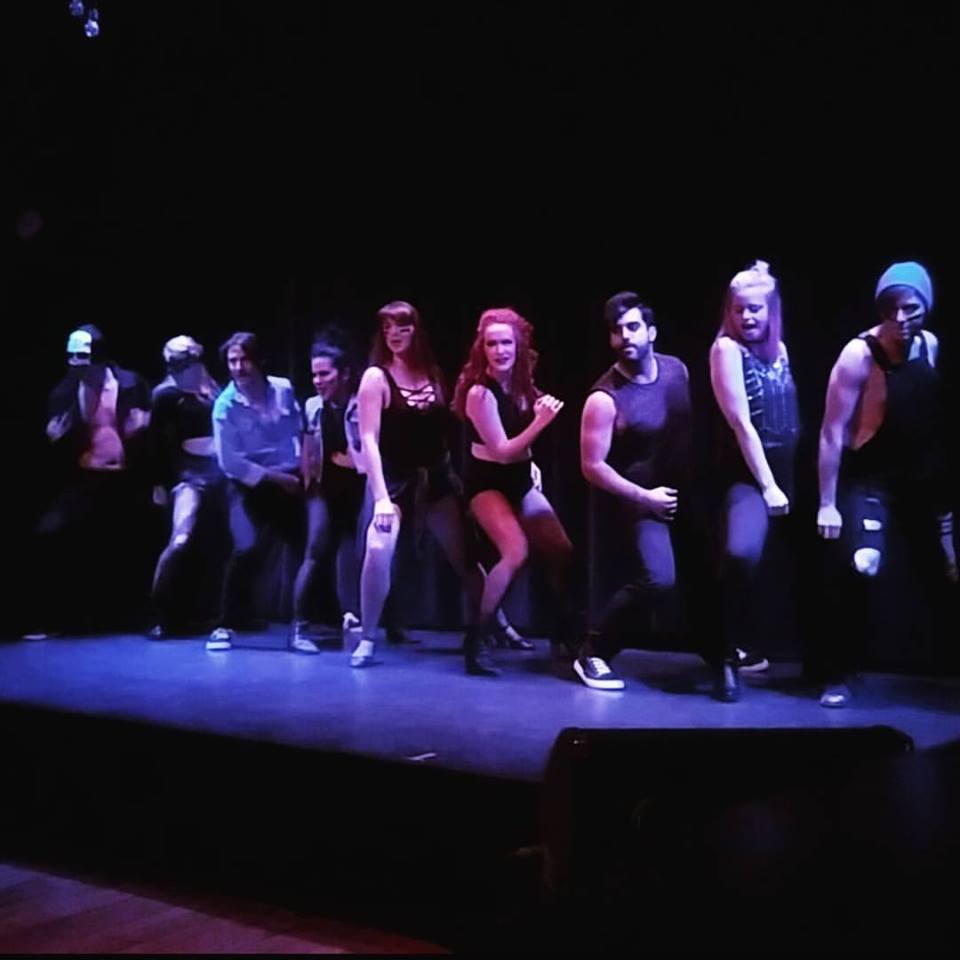 In Small but Mighty Productions’ eighties-inspired musical cabaret, six criminal misfits with superhuman abilities are sent to Villains Boot Camp, a secret project that aims to reform criminals and make them productive members of society. Isolated on an unknown island, they’re fed on a strict diet of healthy smoothies and forced to adhere to a workout regimen that includes organized marching and choreography to Olivia Newton John’s “Physical”. However, the prisoners begin to bond over their villainous pasts and a shared hatred for the perky but sadistic camp leader Prudy.

The unlikely allies include provocative Jezebel, who uses her sexuality to get whatever she wants, passionate, but insecure, firestarter Iggy, confident grifter Raven, super strong gym bro Cain, and the anxious, but enigmatic, Dante.  Rounding out the crew is Lily, a delicate addition who protests her innocence. Naturally, because it’s an even-numbered group of people on an isolated island, and because many of the best 80s songs are power ballads, they pair off, quickly developing feelings towards one another. Before they can get a shot at happiness though, this rag-tag band of villains will have to overcome power-hungry Prudy, who has her own motivations for organizing Villains Boot Camp. Meanwhile, sidekick Hoggard, a reformed criminal scientist, harbours a secret of his own.

The creative team and cast have a clear love of eighties music that comes across in the material, and I really enjoyed the totally 80s choreography, which gave me visions of training montages past. “Physical”, led by Jessica Harb’s Prudy, is especially entertaining. I also loved the clever and tonally appropriate way in which Villains shows off its characters’ superhuman abilities during one climactic scene.

I worried initially that the villains would all be rather one-note, but the cast establish distinct characters and make us feel for these misfits. The cast commits fully to the comical premise, and displays an enthusiasm for the decade that will make you want to break out your legwarmers and jazzercise.

There is some pitchiness to the vocals, but the go-for-broke approach of the cast makes up for a lot, and the singing is generally good. I especially liked the throaty edge to Jade McLeod (Jezebel)’s voice, which is well-suited to this style of music, and to her character’s sex-fuelled image. Unfortunately some of her lyrics, and those of the other performers singing on their own, have a tendency to be swallowed by the instrumental background, so some volume adjustment may be needed.

The cabaret does feel a little long. The exposition-heavy story meanders, and the plot feels somewhat contrived in order to fit in each thematically appropriate eighties tune, but I have tremendous admiration for the creativity of this original concept. The script needs some work, but at its best, Villains: An 80s Musical Cabaret is campy, over-the-top fun led by a committed cast.