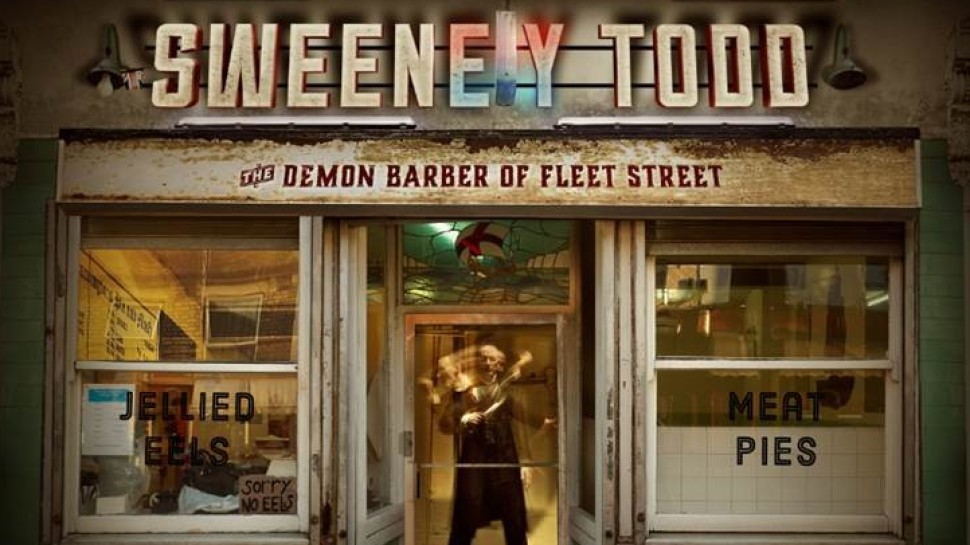 Sweeney with a Side of Pie

Tooting Arts Club’s production of Sweeney Todd at the Barrow Street Theatre is the perfect thing to see this fall: part dark theatrical masterpiece, part haunted house. It’s the most creatively staged production of Sweeney Todd that I have ever seen: the show is set in a pie shop (with fresh pies baked by the former White House pastry chef, upon order), and the audience sits as close to the action as the pie shop’s dine-in customers would be to the dining counter. It is an immersive show design that makes for an equally immersive audience experience. The actors are close, which benefits the show in two ways. Firstly, the drama of the story is told by a group of exceptionally distinct characters, and the story is best served when the characters are experienced intimately. Secondly, the staging reflects what the story does; it pulls the audience in and puts them on edge knowing that they are inside this dark and sometimes gruesome tale.

But a well-designed and creatively produced show is nothing without a cast of commensurate eminence. One expects a production of Sweeney Todd to rest on the backs of Sweeney and Mrs. Lovett (and this production certainly has that covered), but the strength of Barrow Street’s production is that it boasts a cast that makes up in quality what it lacks in quantity. Each of the cast of eight holds down a significant portion of the show. The talent runs deep and makes for a steady team.

Stacie Bono as the Beggar Woman (among others, as is nearly always the case with this cast) is entertainingly insane or eccentric, and always both interesting and believable. John Rapson, as Beadle Bamford, skillfully balances his dual duties of being both a despicable villain and a charismatically odd character. Rapson is funny enough that while we root against his character in the story, we also can’t help but root for his survival because we want more stage time to enjoy the performance. Eryn Lecroy takes what could otherwise be a bland and forgettable soprano ingénue, Johanna, and makes her interesting, likeable, and relatable. I’ve never seen an actress do so much with Johanna; Lecroy has changed my conception on what the role can be. She made me care about her, and in turn, care more about the story.

While there is value in seeing any well-executed production of a great show, it is infinitely more valuable to see a production that chooses to do something new. Fortunately, the Barrow Street Theatre production is both; performed to a standard of excellence by the cast, and designed in a way that will be unlike any production of Sweeney that you’ve ever seen.