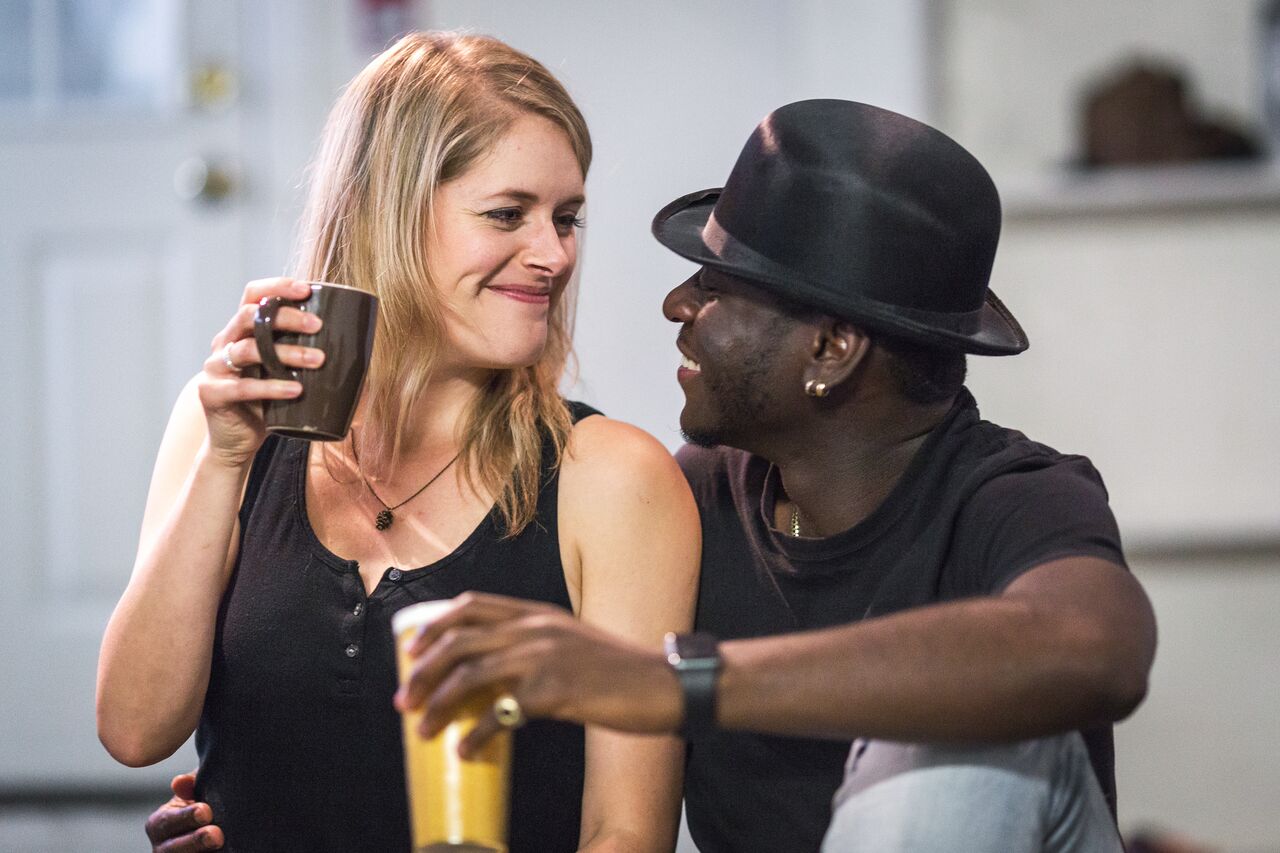 Aptly timed, this DMT Productions prequel to Waiting for Godot is currently playing at the Theatre Passe Muraille Backspace while Soulpepper’s production of Beckett’s play is starting to wrap up. I have a deep personal affinity for the original: I first read it in high school, I have taught it in a class on existentialism, and I even got to see Patrick Stewart and Ian McKellen perform a revival of their production of it down in New York City back in 2014. It wasn’t until I saw their performance of it that I felt I finally understood it, largely because while their interpretation of it included the usual antagonistic and absurd comedy, it also had, at its core, a warmth between these two characters, an affection that is the only way I can make sense of why they would continue to choose to be together.

And so while I was trying to be open minded going in, I was a bit apprehensive about this production. To my relief and surprise, I was absolutely charmed. Set in 1913, Robert Fothergill’s play imagines what Didi (Brian Haight) and Gogo (Tony Ofori) would have been like forty years before the action of Beckett’s play. The show opens with the two as a Vaudeville duo offering up slightly cheesy jokes and songs, which quickly develops into a story of their dissatisfaction with their current place in the world.

The chemistry between Haight and Ofori is evident, and Mark Cassidy’s direction brings out surprising levels of nuance. Like Waiting for Godot, this is a play about nothing and everything: Vladimir pushes his existential questions further and further, frustrating Gogo and creating the context for the very first time they decide to go and wait for Godot.

Heather Marie Annis as Gogo’s girlfriend Mary offers up a nice contrast to the pair in her incredulity at their conversational banter and plans. She also shows us the stakes of Gogo’s initial choice to remain with his friend – a nod to Beckett’s character who is constantly threatening to leave. The play contains many clever references to Beckett’s play, both direct and subtle (as well as several well-incorporated references to Hamlet). We see the contrast between Didi and Gogo, but also see why they care for one another, and that their relationship is more than just a working one: that they are friends.

This show would be delightful to watch even if you aren’t familiar with Beckett’s play, but I especially recommend if you are familiar with it. This is a play I never realized I always wanted, but was, we might say, worth the wait.