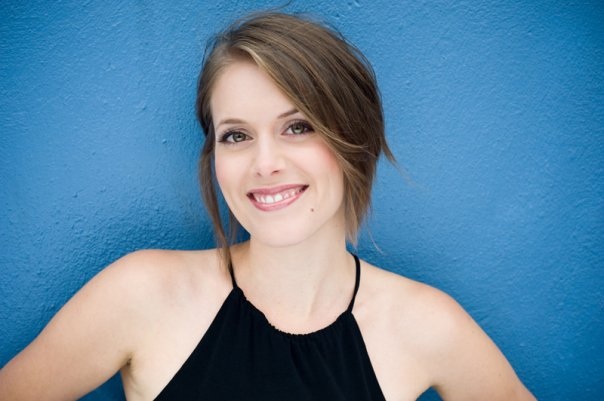 Soup Can Theatre’s stirring production of Marat/Sade featured lots of great performances, few so intriguing as Heater Marie Annis playing a mental patient assigned the role of Charlotte Corday, Marat’s murderer, in Sade’s gruesome in-patient production. Half of one of Toronto’s best clowning teams, Morro & Jasp, Heather has toured the country winning awards for her work and is now nominated for Best Actress in the 2011 My Theatre Awards.

Can you remember your first experience with theatre?
Yes. Grade three I got to be in a play about pirates that my class was putting on and my mom made me the best princess costume ever, complete with lace and a tinfoil crown. I think we sang the song “Love potion number 9” at the end of the play. It was a thrill and I was completely terrified.

What actors and actresses have always inspired you? Are they the same today?
Grace Kelly, Audrey Hepburn, Paul Newman, Stuart Hughes, Cate Blanchett, Megan Follows, Christopher Plummer. My love of them all only grows with time.

Where did you study/develop as an actress?
I was part of a theatre school, when I was a teenager, called O’Leary School of Drama. I learned a great array of theatre styles there. Then I went to York U. for Creative Ensemble which is a devised theatre program and then afterwards went into clown training with Pete Jarvis. I think that is when I really learned to follow instinct and play which to me are some of the most important aspects of performing.

How did you get into clowning?
In theatre school Amy Lee and I were doing a show at a student festival that Byron (our director) saw. He approached us and asked us if we would be interested in doing a clown turn that he wrote. We all took some workshops together with Pete and did the turn. We loved it so decided to keep training and the rest is history.

Do you have any dream roles you think are perfectly suited to you or something completely against type you’d love to try as a big challenge one day?
Dream roles – Saint Joan, May in Fool for Love.

Which directors and actors have had a major influence on you throughout your career?
Byron Laviolette, my director for Morro and Jasp. Obviously he has had a great impact on my work and I have great respect for him. Philip Akin. I have never worked with him directly but heard him speak once and he inspired me so much. John Turner. He directed Morro and Jasp for a day and every performer in the world should have that amazing experience at least once. Kathleen LeRoux and Helen Donnelly and Amy Lee, some of the best and most inspiring performers I have ever worked with.

What’s your favourite role you’ve ever played or production you’ve ever been in?
Morro and Corday were pretty awesome to play.

How did you get involved with Marat/Sade?
I saw the posting online because I knew some people involved and I auditioned, knees trembling and super nervous to sing.

Describe the rehearsal process for the show.
The rehearsal process was very drawn out. It took place over a few months rather than a few weeks which allowed the cast to really get to know one another and create a great ensemble as well as allowed for us to explore our characters really in depth. It was great, and a pretty unique experience in that way since this is not usually possible other than in festival settings.

Tell me about Charlotte. How did you approach your dual roles as mental patient and historical figure? Did you do anything specific to prepare?
I did a lot of research into both the time period as well as into mental illness, pertinent to the character, and the conditions under which patients would have been living and reacting to. At the end of the day though, Charlotte does not know she is a historical figure (and that is not really something to play as an actor) nor does she think she is ill, she has a mission to help people by dealing with Marat. That ends up being her focus and sometimes when you are so focused on a goal, other people perceive that as crazy. I think this is something that everyone can relate to a little bit so it is where the multiple sides of Charlotte Corday met for me. It is also how I suppose I brought in the aspects of mental illness while also drawing on the specific traits of her illness to express her objectives.

Do you have a favourite moment in the production?
Yes, killing Duperret at the end because he was always getting in my way.

What were some of the biggest challenges working on this production? Finding stillness amongst the chaos. In Charlotte’s mind, as her goal, and also in an amazing and large cast – this was sometimes challenging.

If you could pick one definitive moment in your career up to this point, what would it be?
This is very early on, maybe before my ‘career’ but I would say one of the biggest moments was when I did not get into the acting stream at York. Instead I got into Creative Ensemble, learned to create and work with others on a different level, learned to fight for everything and make things happen for myself as an artist. It changed my perspective on the industry and how I interact within it. I can’t say where I would have ended up otherwise but I love what this path has currently led me to.

What are you doing now/ what’s your next project?
Right now I am working on Morro and Jasp: Go Bake Yourself [March 21-31st at Cahoots Theatre] (an extended remount) and also working on an adaptation of Of Mice and Men for this coming summer.