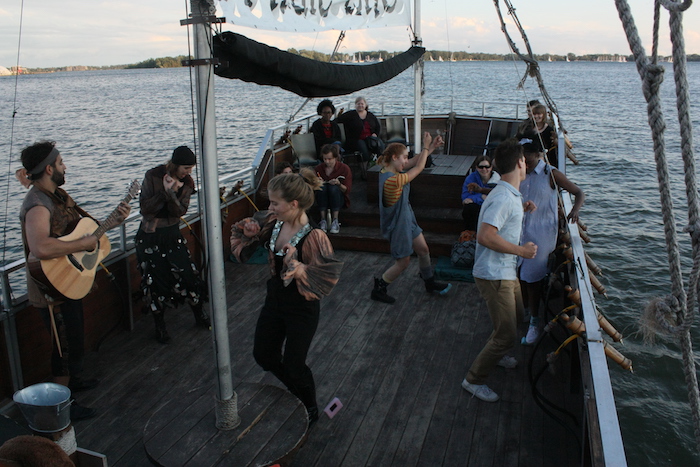 Pippi: The Strongest Girl in the World

Pippi: The Strongest Girl in the World is a high-quality children’s musical theatre treasure. Set on a stylized pirate ship, produced in association with piratelife.ca, the immersive in – the – round experience also includes a short but pleasant harbour tour.

Pippi, known for living by no one’s rules but her own, invites her friends Annika and Tommy on a gentle shipwreck adventure. Little do they know, their party is about to be crashed by the Legitimate Trash pirate crew, old friends of Pippi’s from her days spent sailing the South seas with her (now lost at sea) buccaneering father.

Disharmony threatens to capsize the adventure as jealousy creates strife between the friend groups. Luckily, through clever raps, sweet ballads, plucky dance moves and pancakes, the group is able to overcome their differences and forge new lifelong friendships.

The multitalented cast deliver a well rounded performance, maintaining character while crewing the ship then moving smoothly back into the story. One of the central takeaways of the Pippi story is to exercise your imagination, and this was not hard to do when immersed in the action aboard a pirate ship with real working water cannons (my toddler’s favourite part, but he’s not much of a theatre critic).

A charming piece of theatre, Pippi delivers on hard won life lessons: the importance of friendship and loyalty, the courage to make hard decisions, thinking outside the box, and most important of all… overcoming differences to get along.