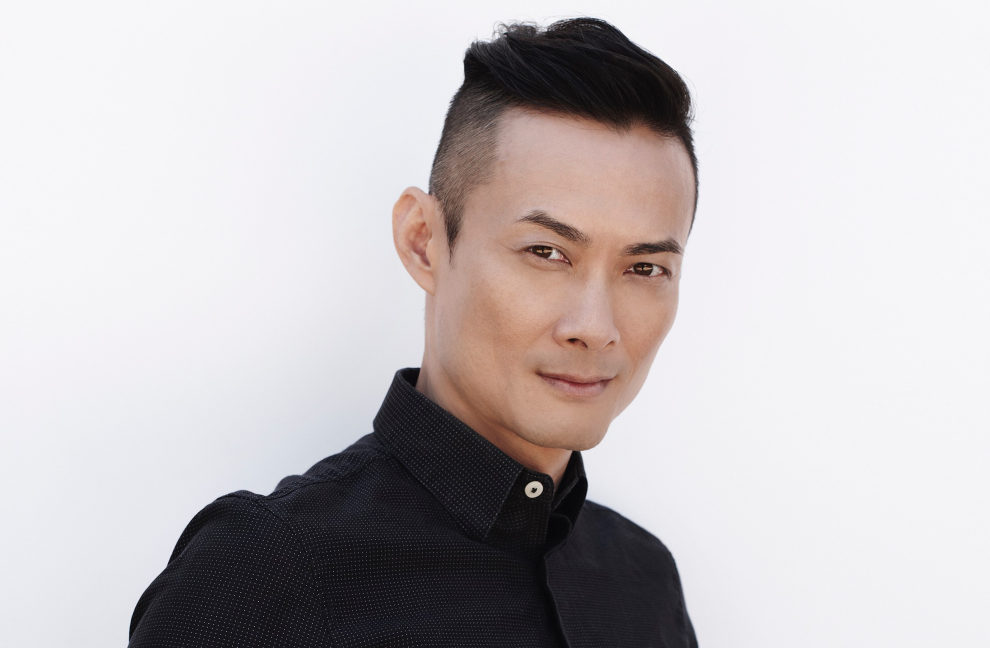 Dancer/choreographer William Yong is nominated for Outstanding Direction for the first play he ever directed- Diana Tso’s Comfort. Red Snow Collective’s examination of the treatment of women in Asia during World War II incorporated elements of music, dance and martial arts and earned two acting nominations in addition to William’s directing nod.

Do you remember your first experience with theatre?
My first theatre experience was in a play entitled Winter, directed by Crystal Kwok in Hong Kong in 1988. I was hired as one of five actors in the play even though I was still a student in my last year of study at the Hong Kong Academy of Performing Arts. It was my very first valuable theatrical work experience. Extraordinarily, I remember the Asian movie megastar, Ms. Maggie Cheung (star of In the Mood for Love and 2046 by Wong Kar Wei) helping out with every performance of the play – including doing the actor’s stage make-up – because she was a great friend of the director. I remember how I was star-struck when she put make-up on me each night. I kept pinching myself: how this first experience was such a dream. After moving to Canada, my first engagement in theatre was playing ‘The Wolf’ in Theatre Rusticle’s Peter & The Wolf in 2009.

What was the first thing you ever directed?
When I was studying at the London Contemporary Dance School in England, we also had drama and film studies in our curriculum. My Master degree’s dissertation was in dance films and videos. As a result, I directed a couple of films incorporating movement and dance. Since then I have directed and choreographed many dance productions, fashion events, dance films and music videos. But for a dramatic stage production, Comfort would be considered my directorial debut.

What attracted you to Comfort as a directorial project?
Growing up in Hong Kong under British rule, I had a good understanding of the events of the World Wars in Asia and Europe. I was educated under the British system which provided me access to largely unfiltered images and details of the events and atrocities of the tragic episodes related to the history.

I was invited to direct Diana Tso’s Comfort after directing movement and music for her last work Red Snow. After reading the first script, at once, I felt like I had been given a very important responsibility to direct this chilling story; this largely neglected history of shame could have been easily swept under a rug. I was asking questions like: Why are people silenced? What makes us human and what makes us abandon our morals and plunge into creating our own hell?

Given this opportunity, I was committed to learn about what more had occurred – requiring considerable further research. I was grateful to be trusted to give voice to the stories of the comfort women. I had a sense of urgency and responsibility to direct this story in a way that is relevant, immediate and evocative. It must remind us that women have always and continue to this day to suffer violence and loss in war and to suffer largely in silence.

Walk us through your casting process and how each actor fit into your overall vision for the piece.
Comfort was an epic story. It was very ambitious for Diana to have written a play spanning a nearly 40 year timeframe. In terms of direction, the scale of this play is very hard to realize with very tight constraints of time and budget. I proposed to Diana the exact vision of the cast structure that each cast member had to play at least double or triple roles, except the two main lovers. I planned out each group of roles, factoring characters, scenes and transitions. Having established those, we moved onto the search. Many talented and well prepared actors came in but most were quite intimidated by having to sing and move in addition to acting. Eventually, we luckily found our talented cast. Some of them, we discovered, could also contribute additional skills – like western style opera singing, acrobatic, martial arts, contemporary dance and even playing flute. I eventually incorporated many of their skills into the play.

How much was playwright Diana Tso involved in the rehearsal process?
Diana was always present in the creative processes and rehearsals. She and I worked closely together to make changes and constantly improve the scripts, except during the final period before the premiere when she transformed into the role of producer and had to attend media meetings and interviews. It was good she got away for the last leg of rehearsal. It was fun to see her reaction after she watched the first preview of the finished production. She was very emotional like a mother seeing her newborn.

You brought your dance background into the play with interesting use of movement. How did that concept develop and fit with the text as written?
It is natural I see movements in scripts and stories. I have been practicing telling stories with only movements for dance companies for years. But for directing a theatre play, I demand places that are necessary for movements and find poetic elements that can translate into movement abstractions in which they leave space for audiences to think and imagine for themselves. I guess because of my diverse background in dance and theatre, I make appropriate choices in those places. Movements can be powerful tool to support a story and an emotional journey with or without words. It is a matter of finding the right balance and rhythm within the arch of the story development.

Also, playwright Diana sometimes wrote with sense of movement intention in her drafts. For instance, she would write in scripts such as ‘…approaching soldiers’. That sometimes further triggered my imagination of how I would stage and choreograph. In the resulting section, I choreographed one of the more horrific scenes with two soldiers approaching the comfort women from downstage and continued to the dance duets scene which represented the sexual violence in the comfort house.

What were some of the other interpretational concepts that you brought to the production?
After assimilating the source material, I came into the project with a very clear vision and conceptual ideas in direction, music, scenic design, movement and staging. Such as applying the two-act concepts with colour in pre-war act one, and grey-scaled act two. I also designed the multi-platforms set with posts and ceiling that would split vertically apart in Act two. Musically, I worked closely with composer Constantine Caravassilis and the musicians to find new initiatives to compose the music including how we reinvented the melodic lines in the opera scenes.

Timothy Ng and Phoebe Hu are both nominated for their performances in Comfort. Tell us about working with them.
Interestingly, they were both trained at the Randolph Academy for the Performing Arts. I think they are both wonderfully talented and are very versatile performers. They share the qualities of open-mindedness and receptivity to my direction. They took on very challenging double roles and displayed an extraordinary range of skill to command the roles. I am very proud that they were nominated.

What were you hoping the audience would take away from that show?
In Comfort, the manifold perspectives of the meaning of ‘comfort’ are explored in pre-, intra- and post-war contexts. To me, Diana’s drama reminds us of the imperative to be fully aware of the on-going war crimes against those who have least recourse to justice. More importantly though, it highlights the humanity, resilience and dignity of those who suffered such experiences. Telling their stories can be cathartic to those who survived and provide remembrance to those who did not.

Do you have a favourite moment in the production?
I love the three moments when I had Vicki Kim and Jen Hum acting on the same small second-level platform on the set piece. It resonated with the bond of friendship during the pre-war time for Dan Feng and her servant Ai Wah, and the intra-war and post-war period for another bond of friendship between the two comfort women Dan Feng and Nabi. It shows how friendships can heal and comfort us in the darkest time. Also, Phoebe Hu’s onion pancake monologue was heartbreaking and I cannot say how many times it touched me.

What are you doing now/ what’s your next project?
I will be returning to World Stage for the third consecutive year with my last technologically heavy solo dance piece Steer for World Stage Redux 2017 from 6th to 8th April at the Fleck Dance Theatre. My company Zata Omm will remount and re-work a ten-year-old dance piece in October. I will be directing Red Snow Collective’s next play The Monkey Queen. I am also choreographing for LemonTree Creation, Indrit Kasapi’s new play The Blood Cycle directed by Jonathan Seinen.

Do you have anything you’d like to add?
I sincerely want to send a heartfelt thank-you to the staff and editors of My Entertainment World for your support and your recognition. This nomination means a lot to me since Comfort was a project that deals with serious subject matter and as a director I wanted do justice to the tragedy. Thank you very much.