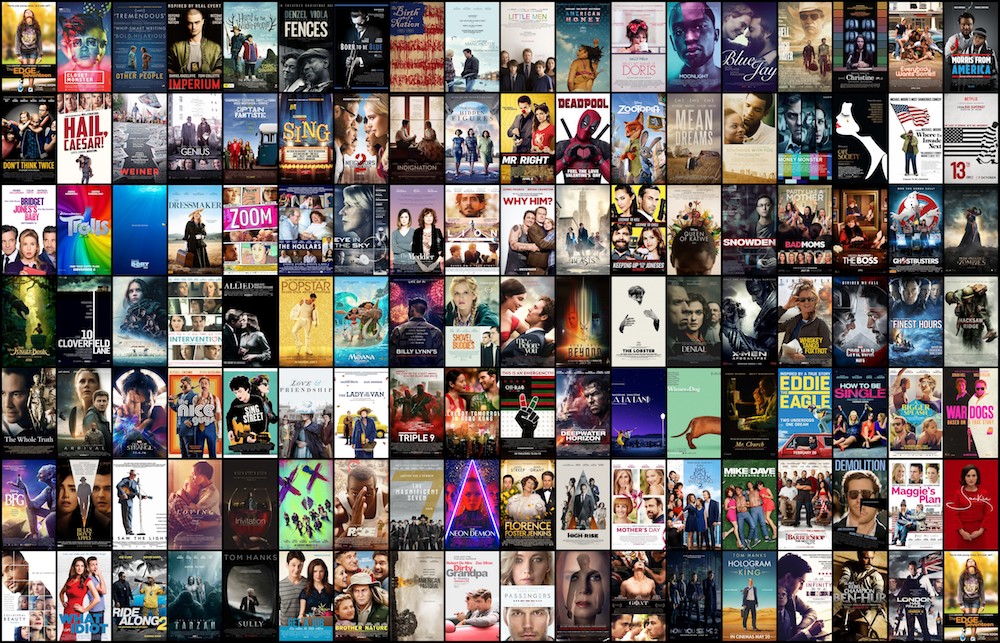 As I said in our awards announcement (and everyone has said basically every day for awhile now), this was not humanity’s best year. But, you know what, it wasn’t our worst either. Remember how much you all liked Civil War? I couldn’t relate to that, but I was happy seeing how happy you were. There are some incredibly deserving Golden Globe nominees this year (go get’em, Hailee Steinfeld!) And what about Hail, Caesar? That was so much more fun than I expected it to be. And Moonlight, guys; Moonlight. American Honey held my attention for nearly 3 full hours, Daniel Radcliffe finally convinced me he’s a really good actor, and a tiny Canadian art film cracked not only my personal top 2 but is one of our most-nominated films in this year’s MyCinema Awards.

Over the coming weeks I’ll be unveiling my rankings of every single new release I saw in 2016. There are over a hundred of them, it’ll take awhile.

Standard Disclaimer So You Don’t Yell At Me:
This Is Not A List Of the Best Films Of the Year. This is not a definitive ranking based on some sort of arbitrary but generally agreed upon criteria for “quality”. Though my opinion is swayed by artistic merit, it’s not completely defined by it and I do not care at all if your cinematography is brilliant if none of your characters are worth rooting for. I like what I like. Sometimes that’s a brilliantly made film, sometimes it’s a decent adaptation of something I already love, sometimes it’s the Backstreet Boys documentary (actually, I was really disappointed in the Backstreet Boys documentary but we’ve already talked about this). I think criticism is most effective when readers seek out writers who share their taste rather than expecting all critics to reach some sort of group-think consensus on what’s “best”. So I’m telling you what I liked most (and what I liked least, and what I thought of everything in between) in 2016, subjectively, because subjective is all any of us can ever really be.