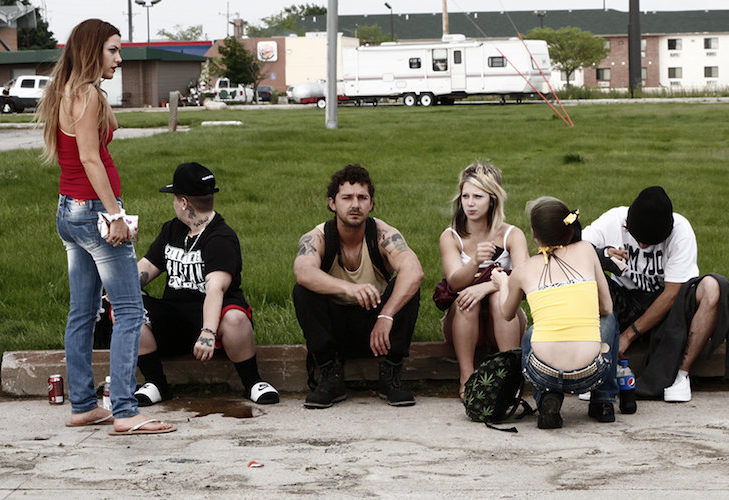 Trapped and Lured by American Honey

My favourite TIFF film of the year was writer/director Andrea Arnold’s American Honey (in theatres now), a meandering travelogue about a group of lost kids who find an imperfect home in a cramped bus travelling the country together to sell magazine subscriptions under the thumb of self-made-almost-woman Krystal (Riley Keough in one of 2016’s most indelible supporting performances). Moody and dark but never cynical, American Honey is a feast.

Sasha Lane brings us into the kids’ strange and richly developed world as the newest recruit Star, a strong, silent, imperfect, entrancing young woman who doesn’t know what she’s getting herself into but is following her gut in hopes that it takes her somewhere better than the horror show she’s leaving behind.

Every character in the large cast is complexly drawn and played with enchanting charisma and dead-eyed disillusion by an ensemble of mostly unknown young actors. Every single character on screen is a person with an inner life and no one here looks like a movie star. That includes Shia LaBeouf, who actually is a movie star, and if his troublesome reputation has somehow convinced you otherwise, you need only turn to his blistering performance as rat-tailed swindler Jake as a reminder that we’ve barely seen the start of what the Even Stevens kid can do.

At 2 hours and 45 minutes, American Honey is a commitment but it shouldn’t be a minute shorter, deriving so much of its aching, toilsome tone from the time it takes to tell something that’s not really a story at all. Its intimacy is graphic and its emotions unadorned, as dirty-pure and bitter-sweet as its titular song’s summertime.