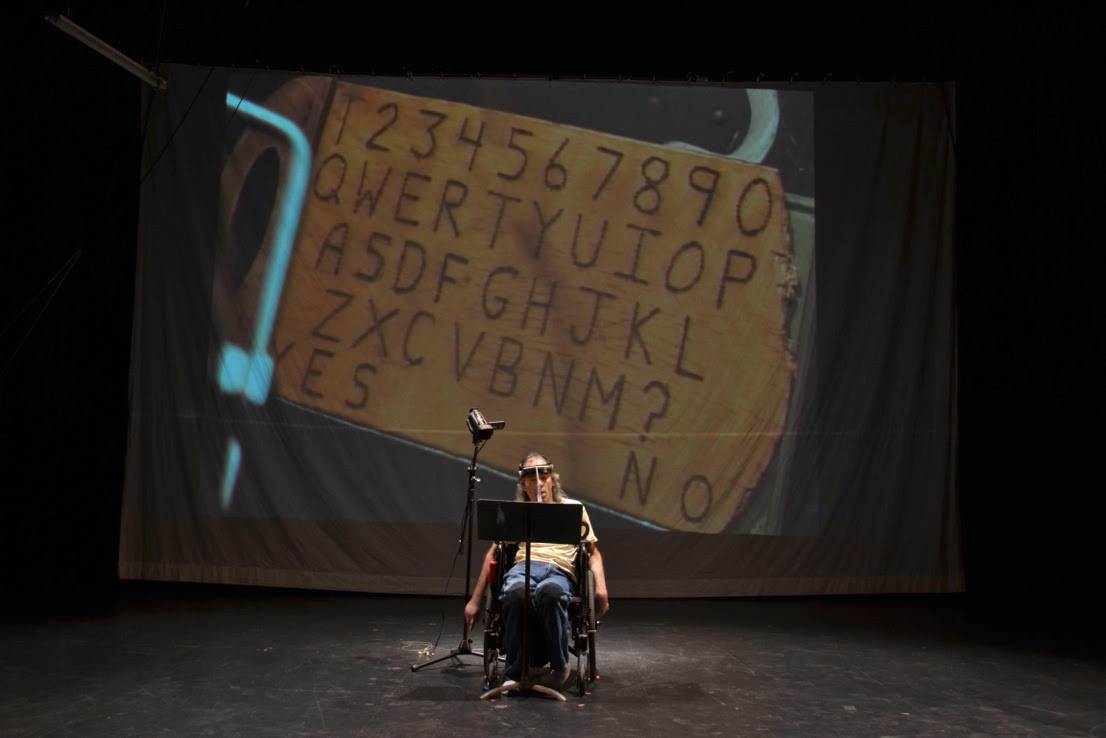 This Is the Point

This Is The Point, a joint production of both Ahuri Theatre and The Theatre Centre, describes itself as a play about ‘love, sex and disability.’ It lives up to its description, but it’s actually about a lot more: it’s about stereotypes and reality, vulnerability, violence, relationships, communication and what it means to have a voice.

The show is comprised of two couples: Liz and Tony, who both have cerebral palsy; and Dan and Christina, whose eldest child Bruno has cerebral palsy. The show depicts various moments from their lives, offering windows into what it looks like to have a disability on a daily basis, what their relationships look like, the kinds of discrimination they face from the rest of the world, everything from simple confusion to being assaulted by both friends and strangers. The show is episodic; there is no overarching narrative, though themes link scenes together and provide connections for the transitions. In one scene we’re given a recreation of Tony’s first sexual experience, one in which he’s rendered vulnerable by his disability and so taken advantage of that it is deeply uncomfortable to watch, because what it amounts to is rape (something Tony underlines more explicitly after the fact). Another scene shows us Christina making a sandwich, an activity into which she channels her frustration as she explains directly to the audience what it’s like to have a disabled child whose very existence she constantly feels called upon to defend. By the end of the scene she bites into the sandwich, laughs, and through the mouthful of food mumbles “ugh this tastes awful.” Her amusement at her own disgust feels spontaneous and fresh as though unplanned.

There is a lot of direct address in this show, helping to facilitate some of the exposition necessary for the audience’s understanding of why and how certain things are being done in certain ways (like when Dan explains to us the ways in which Tony communicates with a pointer, and how others can give voice to his words in ways a computer cannot). There are moments where the exposition could be edited down somewhat, in part because the content does an excellent job of showing us what they mean to say, which is that people may not be equal in ability, but what’s important to remember is that we are all differently equal.

But some of this show’s roughness is part of its charm: this is not a production with a fourth wall, full of seamless transitions, just like living real life is not full of seamless transitions. This is a show that is precisely trying to remove barriers, trying to give us insight into the kind of real life we might not be exposed to on an everyday basis. And so this play is significant on a number of levels. It’s a reminder of the possibility of real human connection despite our current unsettling political backdrop. It is doing exactly the sort of work we need to make sure we’re all doing right now, namely talking and listening and generating mutual understanding and, more importantly, mutual respect.