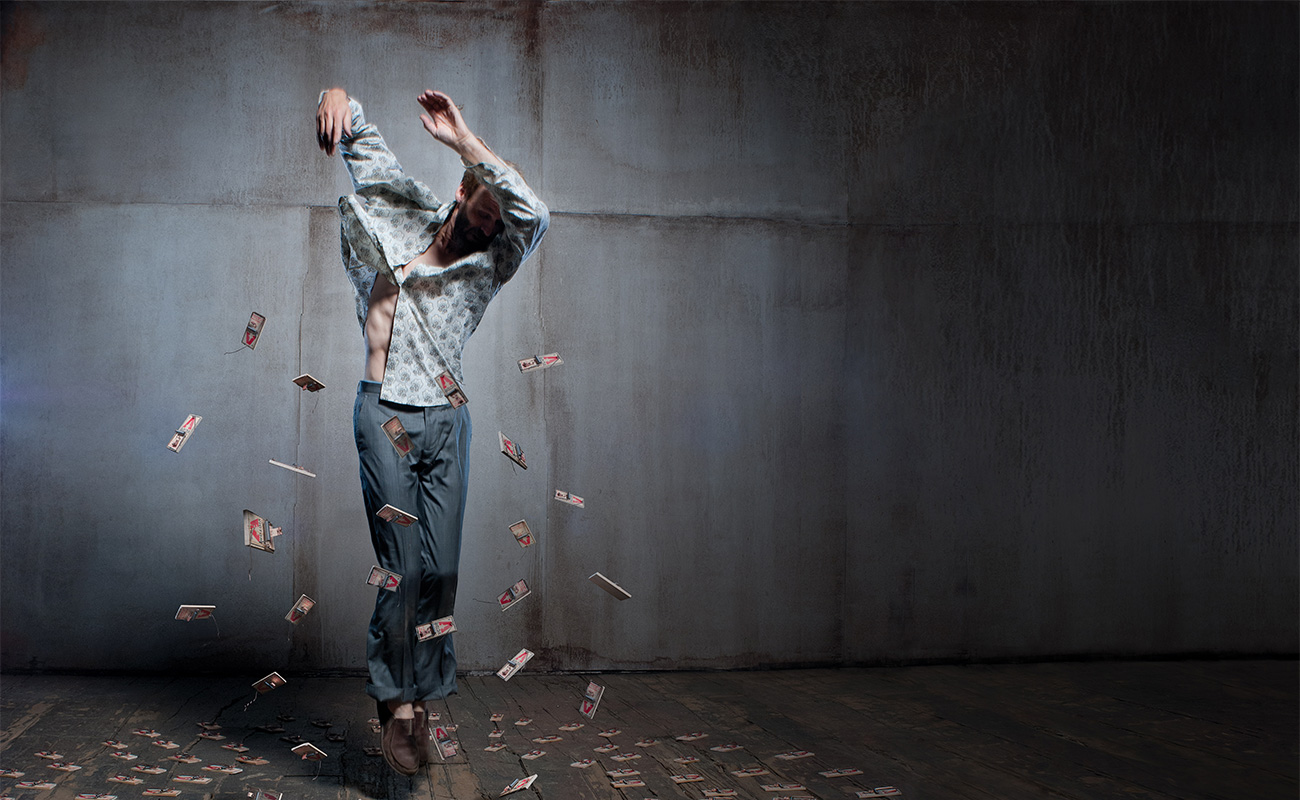 “The Idea Hurts”: Dollhouse on the Canadian Stage

Bill Coleman and Gordon Monahan’s collaboratively conceived and performed Dollhouse played out like a Rube Goldberg machine, albeit one that wrought destruction on both the man and the set within minutes of the shows start time. The elaborately complex set which lay bare the accoutrements of the highly technical show, as well as Monahan’s interaction with Coleman and his movements around the performance space suggested a Brechtian distancing effect to the production, though this occasionally played out humorously rather than creating discomfort, the show was not without its drawn-out cringey moments.

Coleman physically articulated a turmoil that seemed to be of both body and mind, moving through precarious obstacles strewn through the performance space, we watched as he first writhed while it seemed his very bones were breaking, the sound magnified through the theatre. Then he was stumbling through a field of mousetraps as they snapped at his feet, later he was caught under a polyphonic downpour,the sonic dissonance created was both cathartic and the turbulent climax of the performance. At every step, Coleman’s predicament was accompanied by Monohan’s experimental sounds, this included manipulating a piano wire strung across the stage, steaming bowls vibrating on speakers, and a shower of water cascading down on vinyls records. Adding to the awe of the spectacle, all the sounds were produced live and without mics, an intricate system of “contact pick-ups” was employed to amplify the sound throughout the theatre space.

Coleman embodied an individual resigned to an environment of which they can only struggle against. Contrasting an epic soundscape is Coleman’s embodiment of fragility, vulnerability, and precarity. When in the post-show talk-back Coleman was asked if various aspects of his performance were physically painful to him he responded in customary dry wit, “the idea hurts”, explaining, “bearing an image that is painful… it resonates within”. A message not lost considering the news stories dominating headlines in recent times.