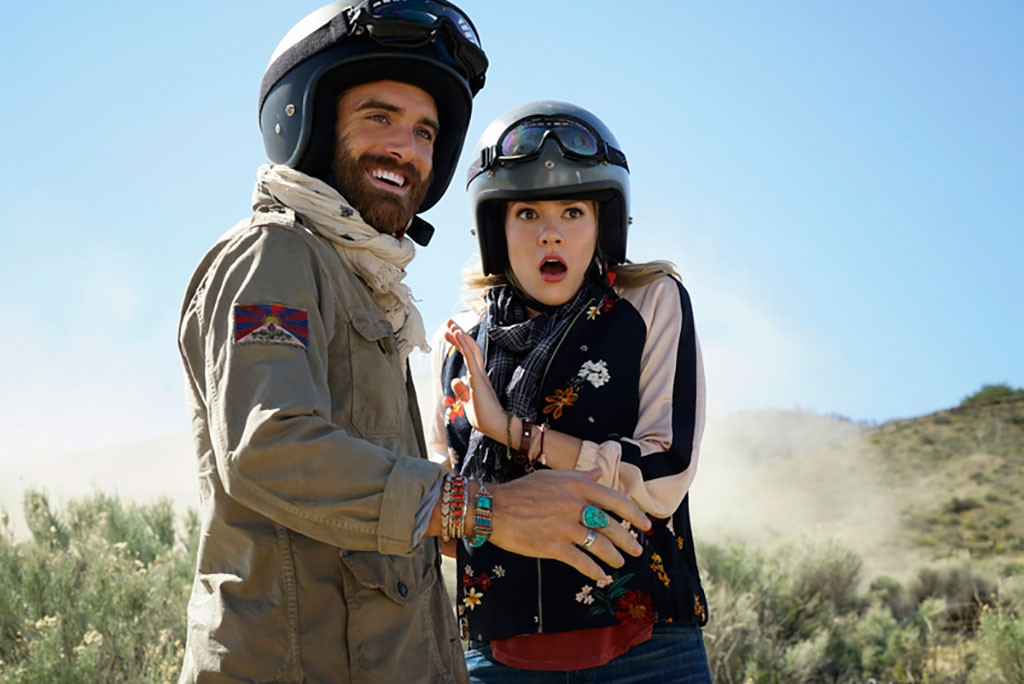 The CW’s newest lighthearted high-concept show about a grown-ass woman is just as refreshing and fun as Jane the Virgin and Crazy Ex-Girlfriend, its forebears in the network’s chosen secondary genre. Gone are the too-hot-to-function teenagers and their soapy dramatics (Gossip Girl, One Tree Hill, 90210), making the network’s lineup a remarkably strong mixture of ambitious genre shows (Supernatural, the DC-TV universe) peppered with these female-driven hourlong comedies that are reminding viewers that we don’t always have to be so cynical.

No Tomorrow introduces careful heroine Evie (Tori Anderson) to beautiful hippie Xavier, a skinny jeans and bracelet-wearing unemployed mathematician whose calculations suggest a meteor is going to hit earth in 8 months and wipe out humanity. Absolutely convinced of his impending doom, Xavier’s written a bucket list of things he wants to do before he dies. Based mostly on the hotness of Joshua Sasse (the erstwhile Galavant who highlights No Tomorrow with out-of-control charm), Evie believes him and sets about living her life to the fullest and fulfilling her own list alongside Xavier (they work together- he crosses off “shoot a flaming arrow” so she can cross off “put out a fire”).

The supporting cast is still a little under-developed 3 episodes in but they’re getting there. I’m especially delighted to see Amy Pietz back on my TV after a post-Aliens in America disappearance from anything I actually watch (she was working the whole time, just on random stuff like The Nine Lives of Chloe King). She plays Evie’s hard-nosed boss at an Amazon-like company where our quirky, optimistic heroine works in quality control alongside her wacky friends Hank (Jonathan Langdon) and Kareema (Sarayu Blue). There’s also Jesse Rath as sweet sadsack Timothy, Evie’s ex who’s determined to steal her back from his overwhelming new competition. Timothy’s story, like the show’s overall premise, likely won’t last beyond one season but if the writers can pivot the show smartly, there are lots of places to go.

The third episode contained a Bechdel test joke that was hard to decipher- were they saying “look, we passed!” or making fun of the concept? Either way, it didn’t sit well with me- but that’s the only moment of the series so far that wasn’t pure joy. No Tomorrow is silly, charming fun and it’s not trying to be anything other than just that.