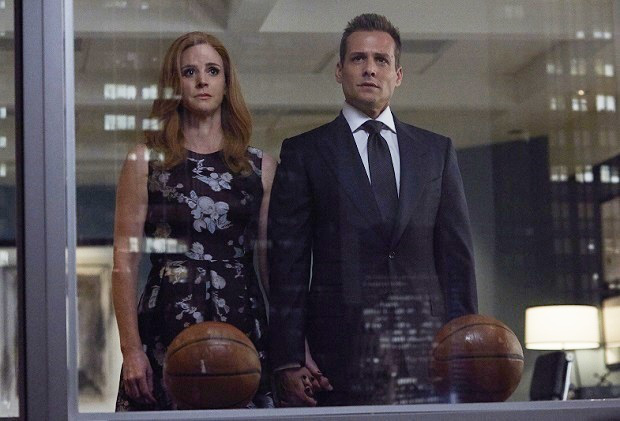 Another summer over means another half season of Suits also coming to an end. And while my summer has been great, season 6A of Suits has stunk more than the streets of Toronto it films on after garbage day. Look, I love Suits as much at the next proud Toronto resident whose claim to fame is meeting someone from this show, but no matter how much you love something, occasionally you need to recognise its flaws instead of making excuses for them. Sometimes I feel overly critical of shows I love, mostly because I watch so many shows that I’m not quite sure I know what makes good television anymore, so I just bash it all until someone admits they like it. That’s when I can begin gushing about a great line or how attractive I find the actors (read: CW shows).

But I digress. This season, Suits has experienced a major shift. Instead of the workplace banter we’re used to, Suits went dark, sending Mike to prison and threatening his life in almost every episode. The show contained fewer lawyers but maintained its use of obscure metaphors and over-used movie quotes. We get it Suits writers, you like sports.
Suits maintained its predictability this season by finding a way to get Mike out of prison almost immediately. But don’t worry, there were still inane obstacles, and laws to be broken before he could get released. Harvey managed to collude with a government official and fail to provide adequate legal representation to a client in order to secure Mike’s release. I think the biggest twist Suits could produce would be finding out that none of the illegal things Harvey’s done as a lawyer actually count because he never actually went to law school. One big blanket crime to explain the rest. It would explain his weird affection for Mike as well. I actually thought Harvey and Mike were going to make out at one point – you don’t fight with someone that intensely without needing to release some sexual tension.

Elsewhere in the season, Rachel cried a lot. The writers did their best to juxtapose vulnerable, sad-about-her-fiancé-being-in-jail Rachel, with tough, I’m-going-to-be-a-badass lawyer Rachel. Unfortunately, the worst thing they could have done was pair her with Gina Torres all season because the strength that Jessica brings in every scene overshadows Rachel. Which is why I was disappointed to learn that the final episode of this half season was Gina Torres’ last. While everyone on the show is ego personified, I always felt Jessica’s ego was justified. She wasn’t quiet about it but she followed through on threats instead of just yelling how great she was or having some deus ex machina solution to everything. She didn’t let things happen, she made them happen.

This season was especially disappointing in the Louis department. Rick Hoffman is at his best when he is crazed and some other character is threatening Louis’ strange way of doing things. Sure, there was the bull pen and “Litt Up” mugs incident with the new investment banker, but that fizzled quickly and they under-utilised both characters. Stu’s only purpose this seasons was to save the firm at the last second in a ridiculous way. I mean a Suits way, but I guess I’m being redundant.

Finally, I thought I’d end this on a happier note. Suits isn’t all bad, otherwise I wouldn’t still be watching it. I will say I was happy to see Donna and Harvey holding hands in the last scene. Maybe the latter half of the season will have them be happy together. Jessica is happy with Jeff, Rachel and Mike are still getting married, hell even Louis is starting a family (even if it’s with a woman he’s known for four seconds), so here’s hoping Donna and Harvey will stop Ross and Rachel-ing it and be together already. Wait a minute – are Mike and Rachel named after the Friends characters? I think this show has just gained my respect back.