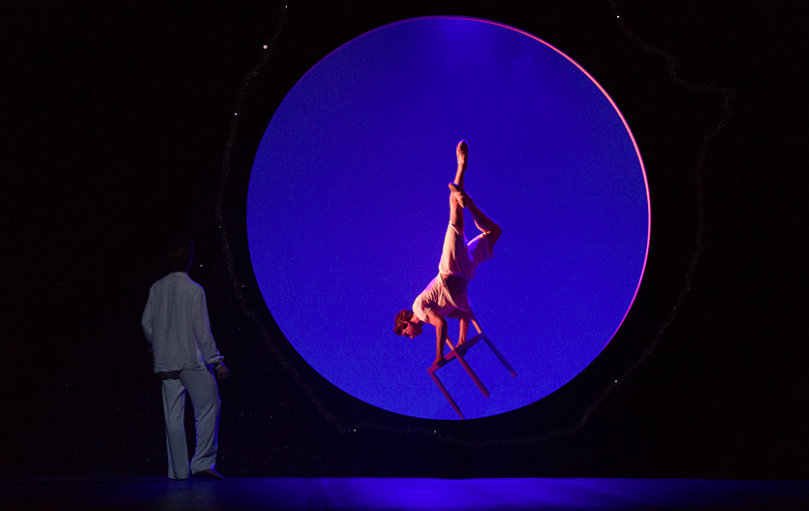 Somewhere at the intersection of a contemporary art piece and a classical narrative ballet lives the National Ballet of Canada’s new production, the world premiere of the first full-length work from homegrown company star Guillaume Côté. This is a big deal. A bigger deal than is being made, I think.

The National is no stranger to world premieres- especially under the artistic directorship of ballet icon Karen Kain whose vision for the company has always included a touring-heavy spot on the international stage- but the company’s major new works of late have all been co-pros with bigger companies or guest choreographers with established reputations. Côté is a definitive National Ballet of Canada star; a Canadian-born, National Ballet School-trained artist who’s spent his entire career here and, over the course of 18 years, become arguably (or not-so-arguably) the most recognizable face of the company. The premiere of his first full-length choreographic work (designed by Canadian Michael Levine, set to an original score by Canadian Kevin Lau) is a national moment, if not for all the aforementioned reasons then simply because the work itself is one of the most ambitious and resonant full-length entries into the balletic canon in a long time.

The episodic nature of the Antoine de Saint-Exupéry novella on which the ballet is based gives the production the feeling almost of a mixed programme rather than a traditional narrative. Nothing really happens in Le Petit Prince; it’s simply an encounter between a lost adult- The Aviator, played with great subtlety by meteorically rising leading man Harrison James- and the mysterious child-like Prince who helps him find his way. The titular role is the biggest showcase yet for first soloist Dylan Tedaldi, a stunning technician whose unique strength and stirring emotional honesty will soon make him known as one of the company’s greatest stars. The bulk of the story consists of The Prince regaling The Aviator with tales of his allegorically rich travels, meeting a series of distinct characters from different planets, each encounter presented here by Côté as a new vignette with a new style and feeling.

Some of the specific lessons learned from each character are lost when we lose the words of the novella but Côté rewards knowledge of the source material with subtle visual representations of the book’s large themes and small details- the way the corps of roses envelopes Tanya Howard to make her singular Rose appear as only a petal in a larger, impersonal picture; the thrill of Xiao Nan Yu shedding her skin as the intoxicating Snake; the reframing of the book’s Conceited Man as a mirror-gazing classical ballerina (Alexandra MacDonald) flanked by her obedient, copying corps; the way the Aviator doesn’t quite match the Prince’s movements in their act two pas de deux but rather follows them as though the Prince is showing him the way to his eventual solo (in the premiere cast, the two performers look startlingly alike from afar, a perhaps accidental but thematically valuable notion).

Though some of the production’s cleverness (the two-toned Lamplighter costumes, the King’s detached crown) might seem like a trick, there’s great substance underneath, propped up by the detailed thoughtfulness of not only Côté’s strong choreography but his theatrical staging. Levine’s astonishing set creates both a world of unlimited planetary possibilities and a blank canvas of stars, working in conjunction with David Finn’s lighting to memorable effect but never detracting from the movement and the story at the heart of everything. Lau’s gorgeous orchestral score is the final piece of the puzzle, like the choreography, bringing contemporary daring to a distinctly classical palette.

Extraordinary performances from three first soloists in the leading roles (Dylan Tedaldi, Harrison James and Tanya Howard) combine with Côté’s brilliant debut to point at The National Ballet’s promising future. The company is investing in its people- its young, unique, rising-through-the-ranks people- and the possibilities are endless.

Le Petit Prince plays at the Four Seasons Centre until June 12th and is currently Standing Room Only.